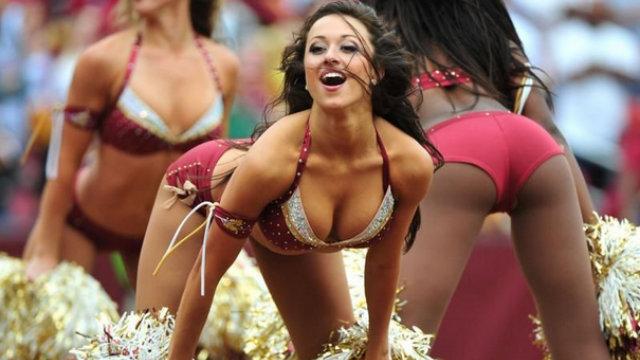 Welcome to the 2014 NFL Training Camp Report!! Loyal readers of Fantasy Alarm know that every summer I like to keep a finger on the pulse of NFL training camps. I am so excited this year as for the first time I will have a lot of help. The Fantasy Alarm news department who are always on top of every breaking and developing story will be aiding the cause of keeping our readers informed.

Every NFL team has officially begun training camp and we are just one week away from the first exhibition game of the season as the Bills and the Giants square off in the Hall Of Fame Game next Sunday. Five weeks later we’ll be in the regular season where everything matters and life is once again good. A lot of interesting notes in today’s legal pad but I want to through this out there for you guys as well. If there is any player, team, injury, depth chart situation or anything else you would like discussed here in the Training Camp Blog please feel free to ask in the comments section below or Tweet me (@Jeff_Mans). There really isn’t any question that I won’t be within a phone call or email of getting so make sure that I am providing you the answers you are looking for.

It wasn’t the first fight we have seen this week but when it involves one of the top players in fantasy football I would assume that you want to know about it. Eagles RB LeSean McCoy and DE Trent Cole mixed it up this afternoon after McCoy took exception at being knocked down by Cole during a drill. Everybody who saw the play says Cole barely nudged McCoy but evidently McCoy didn’t like it and got pissed. This isn’t the first time McCoy has taken exception to a teammate’s aggressiveness during camp. Last season McCoy got into it with DeMeco Ryans during a no contact drill very similar to today’s. Oh, and don’t think for a minute that I forgot about him endorsing Michael Vick for the starting QB job last year. Funny how opinions change rather quickly isn’t it?

Maybe They Read The Draft Guide?

You would think that I’d be used to it by now but I am secretly bothered just about every time. What I am talking about is when my “super sleepers” wind up making big waves during training camp and by the time the season starts aren’t such deep sleepers anymore.

Today the Minnesota Vikings decided to give my fifth ranked TE a brand new five year contract extension that could pay him up to $40 million. Anybody who can put two and two together realize that the Vikings had no business giving this extension to Rudolph coming off a 30 catch, 313 yard season. But obviously the Vikings new coaching staff already sees how valuable Rudolph will be in Norv Turner’s offense and decided to get him at the cheap knowing the type of numbers he could post this season. He is an outstanding mid to late round selection for those (like me) who aren’t going to pay a second or third round price for similar output this season.

Just days after Kendall Hunter suffered a torn ACL in practice, fellow 49ers RB LaMichael James left practice on a cart this morning. Although it was just an elbow injury, James did suffer a complete dislocation of his left elbow and will miss 4-6 weeks. I don’t know what kind of witchcraft the 49ers are performing out there but it had better stop before it takes down my boy Carlos Hyde cause I will be smokin’ pissed off if anything harms that boy. James will be back around week three of the regular season and this should make it quite interesting to see of Marcus Lattimore can ever get on a practice field because the Niners all of a sudden need him kinda bad.

Do you think that Marshawn Lynch looked up from his bowl of Skittles when he heard the news of Christine Michael banging up his shoulder today? Michael landed awkwardly and was in visible pain while the training staff attended to him. He did not return to practice and has had X-rays performed the results of which are unknown at this time.

Indianapolis Colts RB Trent Richardson sat out today’s practice sessions due to a hamstring injury. At this point does it even matter? If Richardson wants to prolong his career he had better tape up those hamstrings and play his ass off until they tear completely off of the bone.

Nobody is paying attention to the Rams WR situation this summer (except me!) but it is quite interesting to note that it’s Kenny Britt and Brian Quick running with the first teamers while Chris Givens and Austin Pettis play behind. Pettis is lining up in the slot quite a bit but the Rams are not showing much 3 WR sets early one confirming that they fully intend on being a run first offense.

Carolina Panthers lost rookie RB Tyler Gaffney for the season with a torn MCL in his left knee. Although it didn’t seem like the Panthers needed any more RB depth they immediately reached out and signed former Chargers and Browns RB Fozzy Whittaker to take Gaffney’s roster spot.

I guess since Colts owner Jim Irsay isn’t abusing prescription drugs anymore he has a lot of left over cash to dispense to crowds at Colts camp.

Five of the Redskins first 11 practices have been either rained out completely or shortened due to weather conditions.

The Tennessee Titans are very encouraged early on with defensive coordinator Ray Horton’s cover -2 scheme. Horton has the DB’s talking all kinds of trash about not letting up any big plays during practice, in the preseason or during the regular season. It seems that is going to be a major calling card of this defense in 2014.