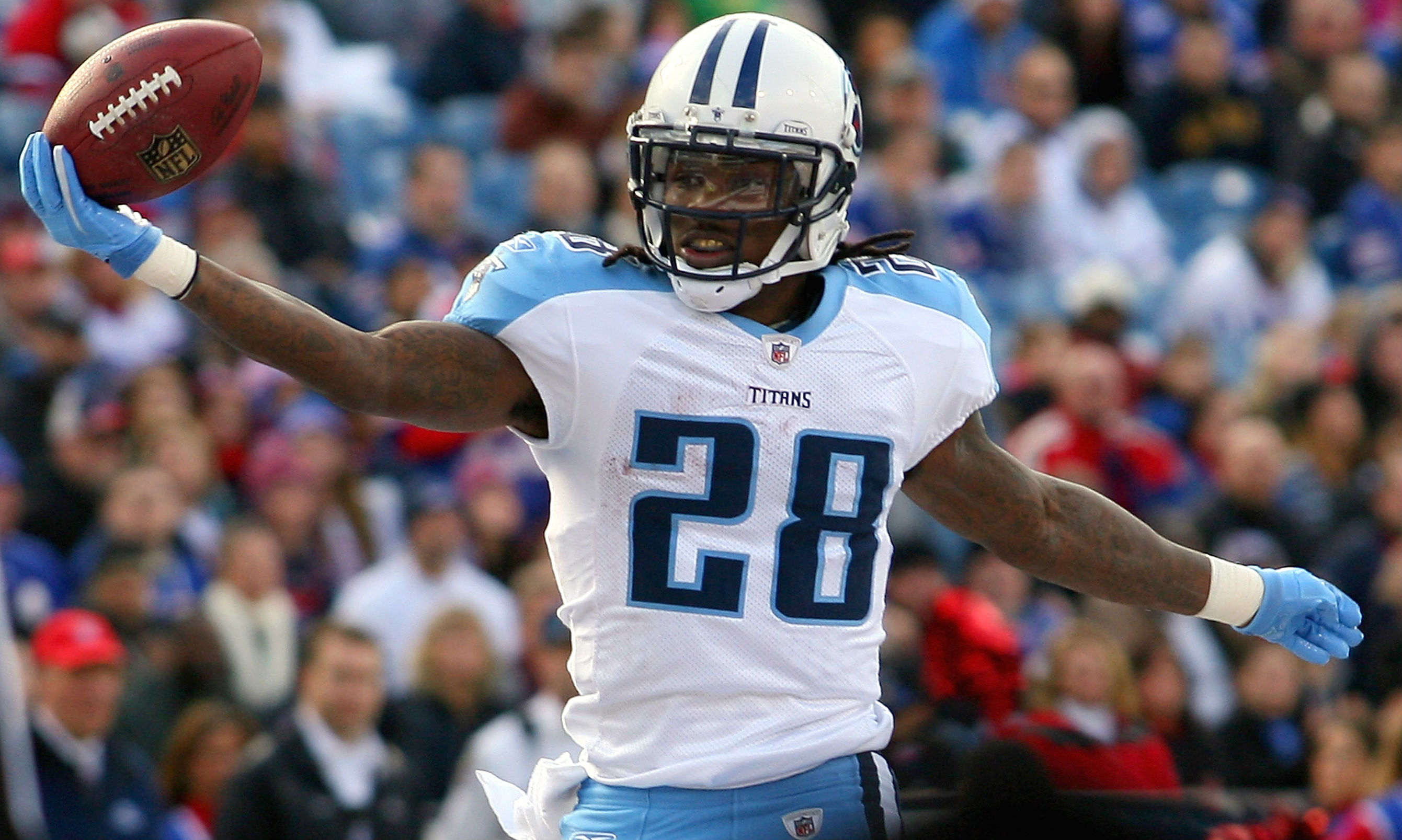 Its been a busy offseason across the NFL. Between retirements, suspensions, free agency and the draft there are many players and more importantly many catches/carries/yards/touchdowns missing from each teams production. Let’s take a look at some of the key losses and figure out how the teams expect to replace that production in 2014.

Let’s take a look at the Tennessee Titans losses in the running game this offseason. The Titans were a pretty heavy volume rushing team in 2013. Here is how they ranked in rushing last year:

So, the first thing we need to look at is whether or not we should expect the Titans to run the ball more, less or the same as last year. Considering head coach Mike Munchak was fired and replaced with Ken Whisenhunt these numbers are far from certain. So let’s take a closer look at the difference in head coaching approaches to running the football in terms of attempts.

What stands out the most here is that Munchak didn’t run the ball nearly as much as we would have thought. Also, Whisenhut ran one of the heaviest volume rushing offenses last year in San Diego after regularly being among the lightest in the league while head coach in Arizona. So in order to gain a proper perspective on what Whisenhunt will do, let’s take a look at the previous 10 rushing offenses Whisenhunt has guided.

So we have a mixed bag here to say the least. What we learn from these numbers is that Ken Whisenhunt will play to his strengths. When he had Jerome Bettis, Willie Parker and those great offensive lines he ran the ball a ton. When he was in Arizona with Kurt Warner and Larry Fitzgerald he threw the ball at will. Thus it is safe to assume that if the personnel is in place the Titans will be a high volume rushing team once again in 2014.

So let’s look at the players Whisenhunt has to work with.

The only players to have rushing attempts for the Titans in 2013 were Chris Johnson, Shonn Greene, Jake Locker and Ryan Fitzpatrick. Alright, Derius Reynaud had one attempt but he doesn’t factor in here.

The obvious big name loss here is Chris Johnson. Despite everybody, including his own team evidently, being very disappointed with CJ?K last year, fantasy owners didn’t have much to complain about. After all, Johnson finished as the #9 scoring RB in standard PPR formats last year. Sure, it was a long fall from his 2500 total yards in 2009 but he was productive nonetheless.

Chris Johnson accounted for 57% of the Titans rushing offense last year. Perhaps the most underrated loss for the Titans running game though is the loss of QB Ryan Fitzpatrick. Fitzpatrick accounted for 43-225-3 last season or just about 12% of the rushing attack for the 2013 Titans. So how does Ken Whisenhunt replace and better yet improve upon 70% of his teams rushing production last year? Let’s find out.

Chris Johnson’s replacement in Tennessee this year appears to be second round draft pick Bishop Sankey out of the University of Washington. Sankey does not have the lateral or straight ahead speed of Chris Johnson and thus isn’t the big run threat. At 5’9”, 205 lbs he doesn’t profile as a heavy volume carrier either.

The good news is that Sankey will be able to be utilized in the passing game quite a bit. He is very balanced and aggressive in open space. So, in terms of total yardage it isn’t a stretch to say that Sankey can reasonably be expected to return 95-102% of what Chris Johnson produced last year.

Still, this leaves an obvious void on the ground. We are looking at a void of about 290 rushing yards or roughly 15% of what Titans produced in 2013. The run off of carries here looks to be in the veteran hands of Shonn Greene. Entering his age 29 season though, this is not a positive for the Titans run game. Greene is a tough runner who picks up quality yards after contact. But age and injuries have all but evaporated the little speed he had coming out of Iowa in 2009. Greene will be the primary short yardage and goal line runner, which helps his fantasy value and TD projections. Even with the increased volume of carries for Greene we simply cannot expect anything more than a 5-8% increase in his production.

The final tally for the Titans running game looks like this:

So what have we learned? Let’s cover it one more time. The coaching change should result in an almost duplicate number or rushing attempts in 2014 based on career history and current player personnel. Whisenhunt will call the plays and over the past 10 years he has based his playcalling on strength of his personnel. With an above average offensive line and shaky QB situation this should result in very similar offensive approach to what the Titans displayed last season.

The Titans have a 188 yard or roughly 10% shortage in their running game heading into 2014. A healthy Shonn Greene & Jake Locker along with the addition of Bishop Sankey just isn’t enough to expect any kind of improvement for the Titans rushing attack in 2014.