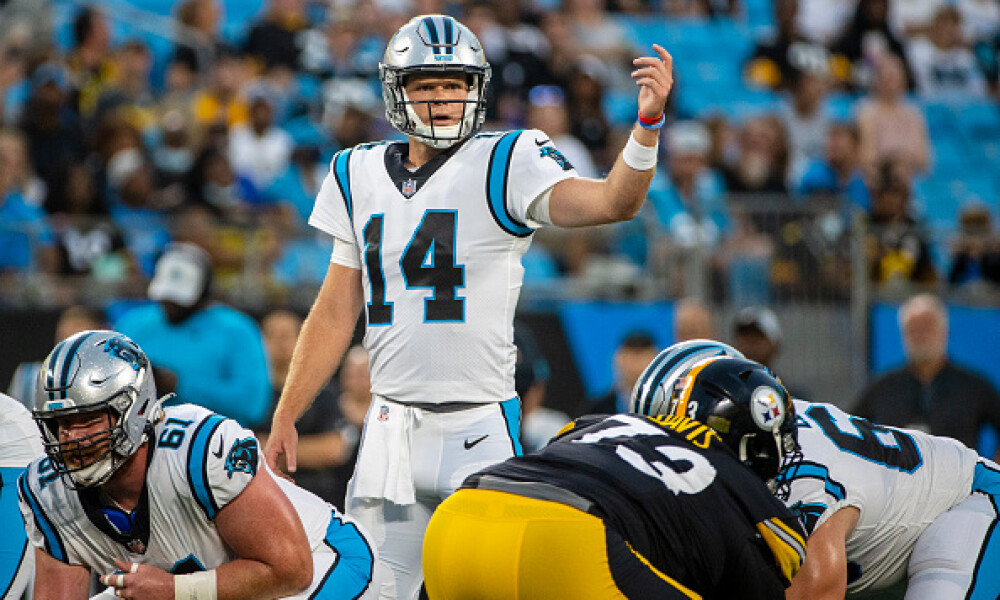 Winston has won the job. Fantasy owners everywhere rejoice! Have you ever seen a community happier that Jameis Winston is a team’s QB1? That’s how bad it was in fantasy land when Taysom Hill was operating under center last year. Winston has looked great this preseason and we know he’s not afraid to sling it around the yard. Winston was top five in air yards, air yards per attempts, attempts and a lot more categories during his final campaign in Tampa Bay.

The Panthers final preseason game was Friday night and man did Sam Darnold look sharp. He completed 19-of-25 passes for 162 yards and two touchdowns. The former third overall pick gets a chance to break out with one of the more impressive offensive minds in Joe Brady calling plays and talent everywhere he turns on the football field. Darnold is currently being drafted as the QB26 and is worth taking a shot in bestball drafts considering the weapons he has surrounding him. Let’s not forget, Teddy Bridgewater was able to support two 1,000 yard receivers AND Curtis Samuel who had 850 yards through the air.

There has been talk about fifth-round rookie RB Kenny Gainwell ALL offseason out of Eagles camp and he once again had an impressive performance when it mattered. He rushed the ball five times for 32 yards and a score, while catching all four of his targets for 27 yards. It’s really starting to feel like it’s not just lip service coming from Eagles camp and that Gainwell is going to have a sizable role, maybe even overthrowing Boston Scott, as the number two back.

I know all signs have been pointing to Jimmy Garoppolo starting Week 1, but yesterday at practice, Garoppolo and rookie Trey Lance were alternating snaps with the first-team offense. Are the tides turning in Lance’s favor? Lance’s ability to run and pass would vault him into a potential top-10 fantasy role if he were to steal the job in Week 1.

Speaking of the 49ers, Brandon Aiyuk is dealing with a “slight” hamstring issue according to HC Kyle Shanahan. What does that mean for his status heading into Week 1? There’s nothing definitive, but it sounds like everything should be OK and he should be on the field for that game. If he were to sit, George Kittle and Deebo Samuel’s value would be through the roof for Week 1.

What exactly is going on in Detroit with D’Andre Swift? Reports are that he looks good at practice, but they’re still not sure he’s going to be ready for Week 1. He scores three times at practice, but HC Dan Campbell is giving Jamaal Williams a lot of first-team reps in case Swift isn’t ready. Is he going to play in Week 1? Is he going to be limited? Is Jamaal Williams going to out touch and out snap him if he does? All questions we need answers to over the next week or so.

We have SIX preseason games starting at 1 pm EST with the final game starting at 10 pm EST. What is this, the NBA? The MLB? 10 pm start time? ANYWAYS, we will gather plenty for today’s games to bring to you for tomorrow’s Morning Buzz!