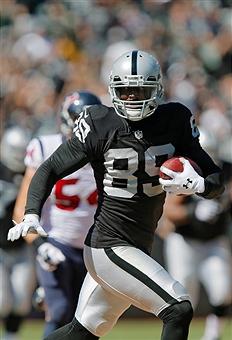 With the first week of the NFL season just a few days away many fantasy owners are eager to see whether or not the roster they so proudly, or not so proudly, put together on draft day will perform on the field.  As we head into Week 1 let’s take a look at some players who might have found themselves undrafted and floating around the waiver wire that can still carry plenty fantasy value and/or potential this season.

Carson Palmer, ARI- Palmer found himself ranked in the bottom half of quarterbacks in most standard leagues entering this season and thus is most likely floating around the waiver wire as we head into Week 1.  Palmer is coming off ACL surgery which ended his fantastic 2014 season after just six weeks but with a clean bill of health and full reps during the preseason he looks ready for the start of the season.  In Week 1 Palmer matches up against a woeful Saints secondary which ranked 25th against the pass in 2014 and has suffered some injuries to their secondary this preseason.  The Cardinals offense has some solid playmakers with veteran Larry Fitzgerald still proving to be a threat, second year man John Brown expected to make some noise and with news that Michael Floyd, who when healthy is a big downfield target, could be ready for Week 1 after suffering a hand injury Palmer could have all the weapons he needs to torch this secondary.

Kirk Cousins, WSH- Cousins finds himself as the starting QB for Washington come Week 1 after Head Coach Jay Gruden made it clear that Robert Griffin was not going to quarterback his team.  Cousins was not particularly successful last season as the Redskins starter but he has turned in a solid preseason, completing 75.5% of his passes for 435 yards on 53 attempts.  With a healthy DeSean Jackson and Pierre Garcon the Redskins have the receiving weapons to make Cousins a successful fantasy quarterback.

Brandon Bolden, NE- The Week 1 suspension of LeGarrette Blount and the surprising cut of Jonas Gray has left the Patriots running back core a bit of a mystery as the season opener approaches.  Of the remaining running backs on the roster Brandon Bolden seems to be the most likely candidate to be the early down running back with the likes of James White, Dion Lewis and Travis Cadet vying for passing down work.  Bolden boasts a career 4.6 YPC and has had some experience as the Patriots leading rusher when Stevan Ridley was having his issues holding onto the football.  There is only Week 1 value with Bolden but for those who drafted Blount and took Gray as a handcuff you will find yourself looking to make a move.

Anthony Dixon, BUF- The Bills shockingly cut veteran Fred Jackson during the preseason leaving them the likes of Dixon, Bryce Brown and rookie Karlos Williams all behind injured starter LeSean McCoy.  McCoy currently sits as questionable for Week 1 with a hamstring injury which makes his handcuff for the season a valuable commodity.  The Bills matchup against the Colts in Week 1 who have been exposed over the past few seasons to have a horrid run defense and a Rex Ryan ground and pound type offense could produce many fantasy points for whoever gets the ball.  In 2014 Dixon averaged 4.1 yards per carry and started when C.J. Spiller and Fred Jackson were dealing with injuries.  While the determination of who is the No.2 back behind McCoy heading into the season has yet to be made Dixon should likely be the leading candidate.

Markus Wheaton, PIT- Heading into 2014 there was plenty of hype surrounding Wheaton as many expected him to fill the void left by Emmanuel Sanders.  Unfortunately Wheaton fell short of that expectation and was passed on the depth chart by Martavis Bryant.  Wheaton has been turning heads in camp this preseason and with Bryant now suspended for the first four weeks Wheaton’s stock has once again begun to rise.  A Week 1 matchup with a questionable Patriots secondary awaits and with the likelihood that he draws their No.2 corner with Antonio Brown getting all the attention he could find himself in position for a big game.

James Jones, GB- In an unexpected reunion Jones returns to Green Bay after spending 2014 with the Raiders where he caught 73 passes for 666 yards and six touchdowns.  Jones enters a receiving situation that is down Jordy Nelson for the season and has Randal Cobb dealing with a minor AC Joint injury as their No.1 receiver.  Davante Adams figures to be the Packers No.2 receiver but Jones is very familiar with the Packers offense and has chemistry with Aaron Rodgers.  Any early struggles from Adams could result in Jones being bumped into the No.2 role but even as their likely No.3 receiver to start the season there is plenty of intrigue and he is certainly worth the add.

Danny Amendola, NE- Amendola looks to be the Patriots No.2 wide receiver as they open the season with Brandon LaFell placed on the PUP list to start the year.  People around New England last season where waiting for Amendola to be released as he looked lost in the offense but after a great postseason where he caught 11 passes for 137 yards and three touchdowns some are wondering if he has finally turned the corner.  Amendola will still find himself as a third option in the passing game behind Rob Gronkowski and Julian Edelman so his overall value will be capped but in pass heavy offense he could end up with some solid potential in a PPR format until LaFell returns in Week 7.

Kyle Rudolph, MIN- The tight end position is not very deep on talent so missing out on the top tier will likely leave you with a bunch of guys who more or less will give you the same production.  In 2012 Kyle Rudolph turned in a big season thanks to nine touchdown catches but injuries have limited him to just 17 games over the last few seasons and severely damaged his fantasy stock.  With Norv Turner in Minnesota, a coach who likes to use his tight end, Rudolph again offers some fantasy intrigue in a position which is rather shallow.  In what is expected to be an improved Minnesota offense behind Teddy Bridgewater and a returning Adrian Peterson a player like Rudolph could again find some fantasy value given his 6-foot-6 frame in red zone situations.

Charles Clay, BUF- Clay is in his first season with the Bills after spending his previous four with the Miami Dolphins.  In his final two seasons with the Dolphins Clay carved himself a nice role in their passing attack, catching 69 passes for 759 yards and six touchdowns in 2013 and hauling in 58 catches for 605 yards and three touchdowns over 14 games last season.  Bills offensive coordinator Greg Roman was previously the OC for the 49ers who featured tight end Vernon Davis heavily in their passing attack and while Clay has not yet shown to be the caliber of tight end that Davis is it bodes well for his role in the offense this season.