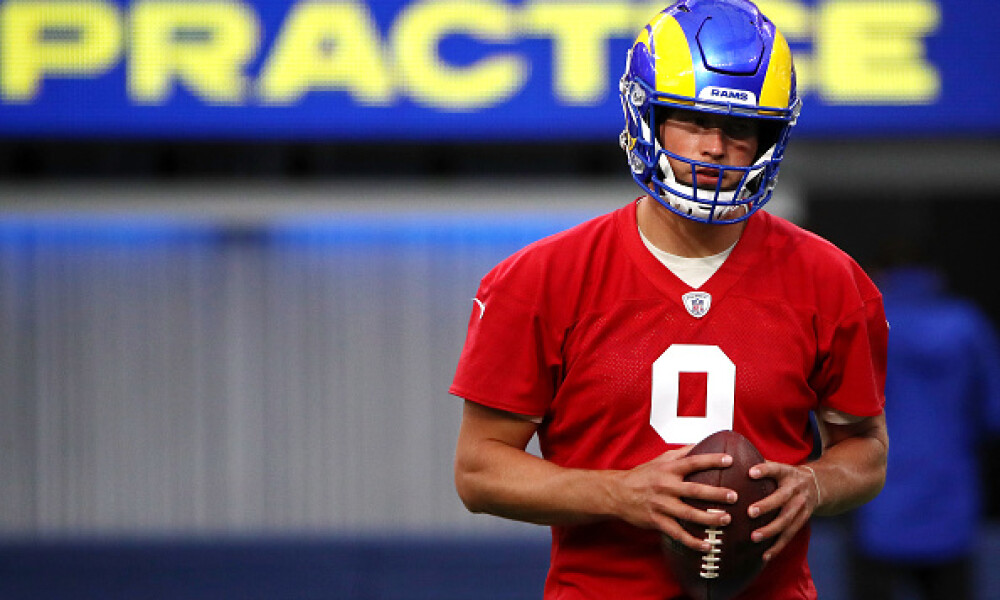 With NFL training camps in full swing and the preseason games nearly upon us – the Hall of Fame Game, which is Dallas vs Pittsburgh, takes place Thursday, August 5 – the Morning Buzz turns its attention away from fantasy baseball and puts the focus on your fantasy football drafts. We’ll still be featuring plenty of MLB content, but considering it’s draft season, we know what you need here.

Wentz is Down, Eason is Up

News came through Monday that Colts QB Carson Wentz has opted for surgery on his injured foot and is expected to miss anywhere from 5-to-12 weeks. Hard to tell an exact date of return with that kind of a ridiculous recovery timetable, but what we do know is that the Colts do not appear to be looking for a veteran to bring in as a replacement. Former fourth-round pick Jacob Eason is going to get an extended look in camp as the team figures out what its next move really should be. Reports are coming in that Eason is having some difficulties, but it’s still too early to tell. The rumor mill, on the other hand, is riddled with Nick Foles reports. Maybe it’s the fact that he and head coach Frank Reich already have a working relationship that led to a Super Bowl victory, but we’ve now watched Foles fail miserably in both Jacksonville and Chicago, so who’s to think he is suddenly going to recapture that 2017 magic? Keep an eye on the situation and continue to monitor what the doctors are saying about Wentz following his surgery. If the timetable sits closer to five weeks, the Colts may just stand pat.

Thumbs Down for Stafford

Another quarterback injury to monitor here as Matthew Stafford left the Rams Monday practice immediately after hitting his thumb against someone’s helmet. We have yet to hear the results of any tests or x-rays, but you have to believe the team will be cautious here, given this is the same thumb Stafford had ligament surgery on last November. Reports are saying that he had it taped up and looked as if he was fine gripping his helmet and a towel, but test results and a clean bill of health would be preferred. Stand by for more and look for John Wolford to start taking first-team reps in practice for the time being.

Talk to Rams head coach Sean McVay and he’ll tell you he views running back Darrell Henderson as an every-down back. However, McVay will then use his next breath to tell you that, to do so, Henderson needs to stay healthy, something he’s had issues with through his first two seasons. As expected, the Rams are going to closely monitor Henderson’s workload and will use back-ups Xavier Jones and Jake Funk to help alleviate some of the heavy-lifting. It sounds like Henderson will still see the bulk of the carries so don’t freak out on the talk of the committee. While he may not be a consistent 20-carries per game type of guy, you can expect the Rams to work him heavier than the rest of the backs. It’s a good situation for those who took him late already in drafts, but you should still remain somewhat cautious about taking him in the third or fourth round where he seems to be going lately.

Jimmy Grapes is Still the Man in San Francisco

Apologies to all the Trey Lance truthers out there, but Jimmy Garoppolo is still very much the starting quarterback for the 49ers and is expected to remain in the role, barring injury or complete and utter meltdown, for the foreseeable future. Yes, the team used significant draft capital to acquire the future franchise quarterback, but head coach Kyle Shanahan is hardly thinking about a switch right now. In fact, Shanahan was quoted in camp Monday as saying the team “doesn’t currently have plans to give [Trey] Lance first-team reps.” Lance has had some nice moments in camp, but still has a long way to go before being given the keys to the kingdom. As we’ve seen in the past, Garoppolo can be a solid game manager and can lead this offense down the field. The 49ers offense is predicated on the run setting up the pass, so being able to guide and steer the ship on slow, methodical drives is necessary and Garoppolo has proven to be very capable in the past. Health has been his biggest issue, so don’t expect a switch to Lance unless things go horribly awry for Garoppolo.

Broncos head coach Vic Fangio continues to say the competition between Drew Lock and Teddy Bridgewater is dead even. You’d like to see some separation at this point in time, but we’re also dealing with two very different styles. You almost wish you could merge the short-passing game of Bridgewater with the arm strength of Lock to build one big superhuman quarterback, but alas, that’s just not the case. Ideally, the Broncos would like to see Lock improve his accuracy and really nail down those short, quick high-percentage passes, because that will, in turn, help open up the passing game downfield, especially once they establish the ground game and set up play-action. But Lock continues to struggle with the quick-release and the timing. Bridgewater, on the other hand, can’t throw the ball deep. It’s what defenses keyed in on last year when they noticed the Panthers were simply moving the chains and not taking any real downfield shots. Bridgewater’s arm strength is never going to be there, but if Lock can’t improve, we could see an early edge for the elder quarterback.

Keep an eye on Baltimore’s Marquise Brown who left practice Monday after suffering a hamstring injury. Ravens coach John Harbaugh said he believes the injury is more severe than originally perceived, so there is no timetable for the receiver’s return right now and no new test results have been revealed. This would be a significant blow to the Ravens passing attack, an area they very much wanted to improve once again. Rookie Rashod Bateman is turning heads in camp and they did bring in Sammy Watkins, but there is a relationship between Brown and Lamar Jackson, so adjustments will need to be made. Once we get an update, we’ll let you know here.

After leaving practice early Monday, an MRI on DeVonta Smith’s knee revealed an MCL sprain which will keep the rookie out for at least 2-to-3 weeks. Obviously, this is not what the Eagles wanted to hear, especially given their already depleted receiving corps, but this isn’t expected to cost Smith too much time down the road and it certainly isn’t going to hurt his impending standing as the team’s No. 1 receiving threat. He’s already got the rapport with Jalen Hurts and outside of Jalen Reagor, there isn’t much competition coming from the other wideouts. In fact, after speaking with NFL Insider Adam Caplan on Monday’s Fantasy Alarm Show, we learned the Eagles may just hold Smith out for the duration of the preseason and still have him on the field as the top guy for Week 1. Keep tabs on this situation moving forward, but don’t hesitate to take Smith at his current ADP even with this injury.