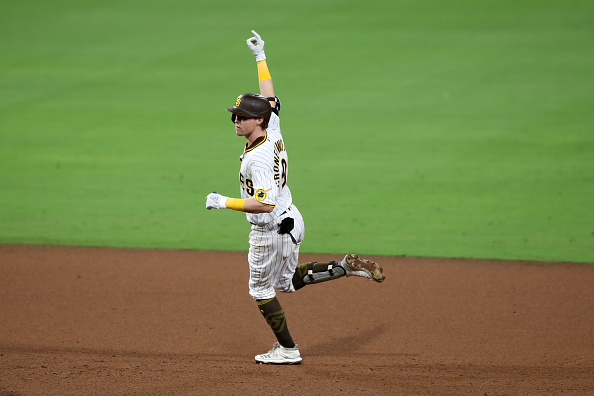 It was a solid MLB DFS weekend here at Fantasy Alarm and with more games being played and more data coming in, things should get even better. Finding value on the slate is always important and with tonight’s seven-game Main Slate, we should find plenty of it. We’ve got some really nice pitching match-ups to sift through, especially with the season-debut of Jacob deGrom , and there are certainly some we’ll be targeting against.

Let’s just get right to it.

Matt Moore , SP PHI ($6,400) – Fresh off a stint in Asia, Moore is looking to, once again, prove himself in the majors. He posted a 4.60 ERA over 15.2 innings this spring, but, more importantly, he limited batters to a .241 average, had just a 1.15 WHIP and posted nearly a strikeout per inning. He’s made improvements while overseas and he’s been solid against left-handed bats, which the Mets are loaded with right now. Moore doesn’t have to be lights-out to return strong value as your second starter, so save a few ducats and load him into your lineups.

Jurickson Profar , OF SD ($2,900) – Big fan of the Padres against Anthony DeSclafani tonight and Profar hops off the page in this match-up with his hot start against right-handed pitching. He’s always hits for more power against righties than he does lefties, as evidenced by the .172 ISO and .722 OPS and he actually finds more success at Petco Park than he does on the road. It’s a cheap play and could work in a Padres mini-stack as well if he’s hitting at the right spot in the lineup.

Michael Wacha , SP TB ($6,500) – At this price, using Wacha is certainly worth the risk. He’ll allow you to fit some big bats in and if he posts a pitching line like he did this spring, you’ve got fantasy gold. Yes, yes, we remember how bad he looked for the Mets last year. Put it out of your mind. He’s made some adjustments to where he toes the rubber and he’s adjusted his pitch mix as well. Over 15 innings this spring, Wacha posted a 0.60 ERA with a 12:2 K:BB. The hope is for the win, the prayer is for the QS, especially if using him in a GPP.

Jake Cronenworth, 1B/2B SD ($2,900) – He’s off to a solid start to the season, batting .333 with a .529 OBP over 17 plate appearances and sports a career .405 wOBA with a .264 ISO against right-handed pitching. Anthony DeSclafani pitches to a fair amount of contact and his barrel-rate spiked last season. Cronenworth has the power you need and is a great bargain price at second base.

Yermín Mercedes, C CHW ($2,000 FD/$3,000 DK) – Ride the wave until it breaks, right? Until the DFS sites bump his price tag up or change his eligibility away from catcher, you have to slot him in right now. He opened the season 7-for-7 which was crazy and then finished the weekend 9-for-14. Against southpaw Justus Sheffield, he seems like a no-brainer, especially when min-price doesn’t hurt you if he goes hitless for the night…which he won’t.

Myles Straw , OF HOU ($2,100 FD/$2,500) – While he’s not a premium hitter, by any means, Straw’s two hits this season have both come against left-handed pitching. It might not be enough to bat him higher in the order just yet, but against José Quintana , he could be a real interesting punt play. And if he does get on-base, look for him to have the green light. For five points for a SB on DK and six points on FD, it’s worth the gamble.