Greg Jewett gives you his best plays across the MLB DFS landscape to formulate lineups on a huge Sunday slate. 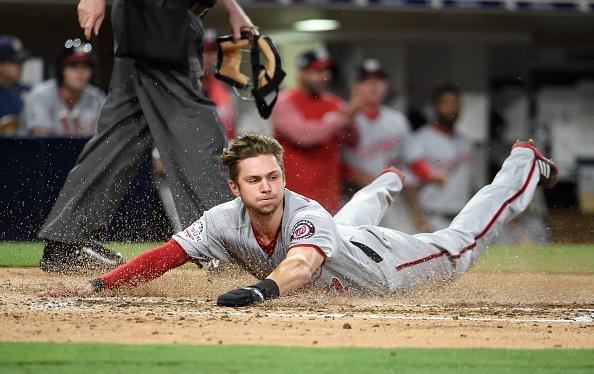 Sunday comes with two different slates when viewing by site. Draft Kings includes the first game of the Yankees/Mets doubleheader but cuts off at the games starting at two p.m. or sooner, taking any games played at three or later. Fan Duel does not include the Yankees/Mets contest but does incorporate all games starting before Sunday night's prime time game between Atlanta and Philadelphia. So keep this in mind when making lineups on the two sites, so there's many targets listed below. Good luck and weather looks good across the board. Due to a positive COVID-19 test, the game between Oakland and Houston has been postponed, plan accordingly.

MLB Santana homers, drives in four in win over Pirates

MLB Montas strikes out 13 over six scoreless in finale

K. Hayes - 3B
PIT
Ke'Bryan Hayes homered and reached three times on Sunday in a loss to the Indians.

F. Reyes - DH
CLE1
Franmil Reyes homered and drove in four runs against the Pirates in a win on Sunday.

C. Santana - 1B
CLE1
Carlos Santana drove in four runs while homering in an 8-6 win over the Pirates on Sunday.

B. Hand - RP
CLE1
Brad Hand got the final four outs to get a save against the Pirates on Sunday.

C. Quantrill - RP
CLE
Cal Quantrill allowed two runs -- one earned -- over three innings in a start against the Pirates on Sunday.

J. Brubaker - SP
PIT
JT Brubaker allowed five runs over five innings in his start against the Indians on Sunday.

K. Lewis - CF
SEA1
Kyle Lewis went 0-for-3 with three strikeouts and a stolen base on Sunday.

J. Lamb - 3B
OAK
Jake Lamb homered in a win over the Mariners on Sunday.