Fantasy Baseball Daily Round Up: September 7 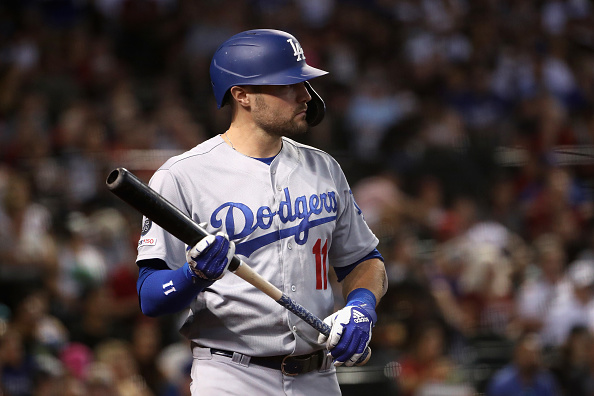 With daylight getting shorter each day, the playoff races continue to evolve. Home runs, injuries and bullpens also remain on the radar with 15-to-16 games left on the schedule for major league teams. Last night in a loss, A.J. Pollock added to the list of noted home run accomplishments by batters this season:

A few notes after AJ Pollock's 3rd HR of the game...

Pollock went 3-for-4 with three solo home runs and his teammate, Joc Pederson did not hit a home run, but padded his hot four-game stretch with two more hits including a double:

Willie Calhoun notched his first multi-home run game of the season launching two in Baltimore tying a career best with four RBI. It’s also his 17th multi-hit game this year. In a loss, Anthony Santander of the Orioles hit his 18th home run driving in two extending his personal hitting streak to 11 games during which he owns a .391 average.

Also recording a double dong night, Tommy Edman of the Cardinals. He went 2-for-4 with three RBI.

Eugenio Suárez launched his 42nd home run and drove in four runs among his three hits. Over his last 12 appearances, Suarez owns a .400 average with two doubles, eight home runs and 14 RBI. He also leads the majors with 22 home runs since the All-Star break.

Donaldson’s racked up 28 home runs since June 11th. Fantasy owners can note Austin Riley returned form the injured in this contest as well.

Christian Yelich went 3-for-4 with his 44th home run and three RBI, plus seems to enjoy the throwbacks in Milwaukee:

.@ChristianYelich loves when the @Brewers wear these threads.

In one of the odder days in baseball, Nicholas Castellanos gets credit for two home runs, but one in a completed game from May as covered here:

Nicholas Castellanos just homered for the Cubs in MIL. This one counts for September 6 of course, no funky business, but it IS fun to think about this...

he homered on May 19 for the Tigers against the A's and that game *just* ended.

(also both HR were in the 3rd inning!) pic.twitter.com/CTciGXwzbC

Castellanos went 2-for-4 with his 24th home run in a loss to the Brewers accounting for the Cubs only run.

It’s well below the radar, but Tim Anderson now leads the American League in batting average after notching his 15th multiple hit game over his last 22 played going 2-for-4 with his 16th home run on Friday:

Leading the American League in batting average and swagger.

Anderson also needs only four home runs and four stolen bases for his second 20/20 season which would tie a record held by Alex Rios in White Sox history.

Mauricio Dubon recorded three hits including a double and a home run off of Clayton Kershaw in a Giants victory in Los Angeles.

Trevor Story racked up two hits and stole his 20th base to become the eighth major league player this year with at least 20 home runs and 20 stolen bases.

Firing six shutout innings versus Washington, Dallas Keuchel scattered six hits and two walks while striking out three. He’s won each of his last four starts working at least six innings in each with a 0.87 ERA in them. Although Keuchel only generated three swinging strikes, he notched 17 called of his 94 pitches and produced 13 ground balls against 25 hitters faced.

Whether it’s an issue of his elbow injury lingering or the move to the spotlight in New York, 2019 will be a season to forget for Edwin Díaz . He suffered his seventh blown save on Friday evening coughing up a two-run home run to J.T. Realmuto and taking an uncomfortable place in the history books:

Edwin Díaz has now allowed 14 9th inning HR this season, tying Francisco Rodríguez (2014 with Brewers) for the most such HR allowed in a season in MLB history.

The Mets have now allowed 31 9th inning HR this season, the most such HR allowed by a team in MLB history. pic.twitter.com/wGCXij0guy

Diaz gets his second win after the Mets walked off a win over the Phillies bullpen when Pete Alonso drew a bases loaded walk. However, not sure how New York puts its faith in Diaz in a high leverage situation while trying to keep its playoff hopes intact. Stay tuned.

Here are the rest of the high leverage events from Friday:

For starters, plenty of injury updates:

As for baseball, the developing Wild Card races take center stage today. In the American League, the Fangraphs playoff odds seem to favor the Rays and A’s right now with Cleveland on the outside looking in:

Boston represents the low team on the totem pole but still own a pulse. Charlie Morton takes the mound for the Rays, Chris Bassitt for Oakland and Aaron Civale for Cleveland in today’s match-ups.

As for the senior circuit, it’s still the Nationals and Cubs atop the heap for the Wild Card:

Washington sends Austin Voth to the mound in Atlanta with Joe Ross sidelined with injury again, Drew Smyly faces Marcus Stroman in the New York and Alex Young matches up with Luis Castillo in Cincinnati.

Be sure to stay ahead of the competition across all fantasy formats with Fantasy Alarm.