Fantasy Baseball Daily Round Up: August 7 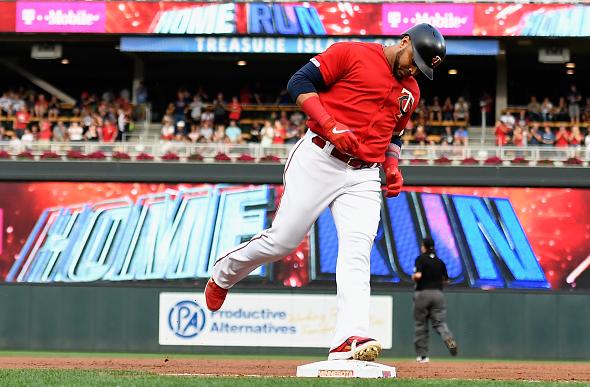 Every year Nelson Cruz gets underrated in drafts due to his utility designation. This year in the second half, he’s reaching a new level of production. Last night, Cruz went 4-for-5 scoring two runs with two home runs and four RBI. It’s the third four-hit game of the season for Cruz and 16th of his career. He’s recorded six multi-home run games for Minnesota this season, tying a franchise record set by Harmon Killebrew (1964). Cruz also becomes the first player in team history with three four-hit games with two home runs in each. And did we mention his second half:

In this same game, Ronald Acuña Jr. went three-for-five with four runs, hit his 28th home run, and stole his 26th base. Acuna’s in line to become only the second player in major league history to record a 30/30 season at Age-21 or younger (Mike Trout ). In fact, Acuna Jr. could reach this total by the end of the weekend. He’s average a home run every 15.8 at-bats and stolen 13 bases in 16 attempts in the second half. His paces also suggest Acuna Jr. may allow him to become the fifth player to reach a 40/40 season with health.

Freddie Freeman added his 28th home run, racked up three hits and drove in four during Atlanta’s win in Minnesota. Freeman ranks second in the National League in RBI with 91 and currently on pace for 39 home runs with 128 RBI.

Here’s the other notable hitter performances from Wednesday:

Bryan Reynolds hit his 11th home run in a loss, extending his hit streak to five games. He’s hitting .378 over his last 12 games and owns the second best average in the National League since his debut on April 20th (.335).

Continuing his hot streak, Mike Tauchman homered for the second straight contest. Since the All-Star break, Tauchman’s slashing a robust .433/.477/.867 with 19 runs, six home runs and 19 RBI in 18 games.

Fantasy owners will want to keep tabs on Aristedes Aquino of the Reds. He went 3-for-4 last night with his second home run and in the midst of a four-game hit streak. Aquino led the International League with a .636 slugging percentage before his promotion. Over 78 games, Aquino launched 28 home runs with 53 RBI in Louisville. And he’s already hitting fourth in the lineup. Eugenio Suárez blasted his 30th home run, his 10th in the second half and he’s slashing .287/.385/.667 since the break. Tucker Barnhart notched his first multi-home run game driving in two in the win.

Happy Birthday to Mike Trout . He turns 28 today and homered for the second straight contest last night. Trout leads the American League in home runs (38), RBI (89), walks (87), slugging percentage (.672) and on-base plus slugging percentage (1.112). He’s also one of five players with at least 250 home runs and a career .400 on-base average or higher by his Age-27 season. Trout needs three more stolen bases to be the first player in history with at least 275 home runs and 200 steals prior to this Age-28 season. Dear lord.

While on the trail of history being made, how about another bit of it made by a rookie with Toronto:

Put on a show, Bo!@19boknows is the 1st player EVER with 10 extra-base hits in his first 9 games! pic.twitter.com/nj1pjzSeKv

Amidst the Mets surge, Pete Alonso homered for the second straight game moving within three of the National League record for home runs by a rookie in a season set by Cody Bellinger in 2017 (39).

Have a night Yuli Gurriel . He went 2-for-3 with two home runs and three RBI along with stealing his fourth base. Yordan Alvarez added his 14th home run driving in two. He’s hitting .338 with a 1.119 on-base plus slugging percentage. Carlos Correa went 2-for-4 with his 15th home run and three RBI.

Overlooked in drafts due to injury worries, Clayton Kershaw won his 11th game on Wednesday turning seven strong innings giving up four hits, one earned run and a walk with nine strikeouts. Kershaw’s pitched at least six innings in each of his 20 starts this season with a quality start in 17 of them. Last night, he recorded 18 swinging strikes with 17 called for a 34.7 called plus swinging strike (CSW) percentage and lowered his ERA to 2.77 in the process.

Here’s other notable outings from Wednesday:

Although the Diamondbacks will not name him the closer, Archie Bradley sure seems like he’s taken over the role. He’s notched the last two saves for the team and pitched the ninth last night protecting a four-run lead. Plus:

Bradley’s 12-game scoreless streak spans 15.1 innings with 21 strikeouts in them.

More injury news for the Yankees. Gleyber Torres left last night’s game with a core injury and could land on the injury list.

Texas and Cleveland will play a doubleheader making up for a rainout last night.

Gerrit Cole headlines the afternoon slate facing the Rockies at home while Dustin May tries to improve upon his debut matching up with Jack Flaherty .

James Paxton will try to build on his last outing and faces the Orioles this evening. Zac Gallen will make his Arizona debut as well.