Fantasy Baseball Daily Round Up: August 1 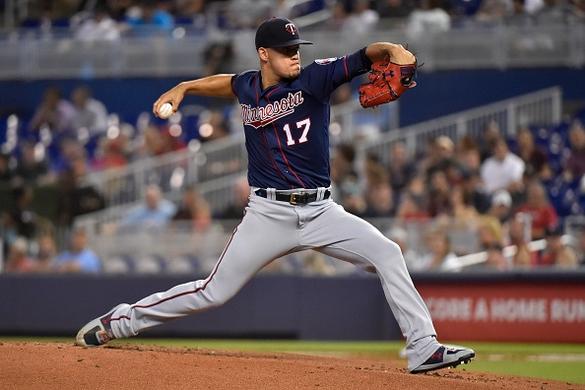 With the dust settling from the trade deadline passing, teams will push for the playoffs or continue rebuilds over the last two months. Fantasy players need to use this time for evaluation leading up to drafts in the winter. Those looking for the fantasy fallout of all the trades can find them on Fantasy Alarm. Matt Selz covered the prospects on the move (2019 MLB Prospect Report: Trade Deadline Moves) and the fantasy impact from the trades for major league players can be found in the Trade Tracker (Fantasy Alarm MLB Trade Tracker).

Tonight is the 4th time in his career the @Twins' Jose Berrios has had 10+ Ks while allowing 2 or fewer hits and no runs.

That ties Madison Bumgarner, Sandy Koufax and Sam McDowell for the most such starts by any pitcher in the live-ball era (since 1920) at age 25 or younger.

This marks Berrios’ 10th win among 15 decisions. He generated 13 swinging strikes and 21 called of his 81 pitches for a robust 42 called plus swinging (CSW) percentage leading the way on Wednesday.

Jacob deGrom and Lucas Giolito locked horns in a pitcher’s duel in Chicago as well. deGrom allowed five hits, one earned run and two walks with 11 strikeouts, recording a 31.9 CSW percentage. He moved into fifth place all-time in strikeouts in Mets franchise history as well moving his total to 1,174 for his career. Since the start of last season, deGrom’s recorded a 2.12 ERA over 54 starts with his team going 22-32 in these games. Less than optimal.

Giolito righted the ship coming off his worst outing of the season against the Twins. He yielded three hits, one earned run and three walks with nine strikeouts against the Mets.

Here’s the rest of the notable pitching performances from Wednesday:

With so many relievers on the move, this puts fantasy owners in a tough spot trying to discern who will receive the save chances in Toronto, Texas, Tampa Bay, Seattle and Miami. It’s clear changes will ensue in the Braves bullpen with another Luke Jackson meltdown combined with the arrival of Shane Greene and Chris Martin . Wade Davis turned in the stinker of the day tying a career high allowing five earned runs in one-third of an inning leading to his fifth loss. He coughed up a three-run home run to Will Smith giving the Dodgers the lead then a two-run home run to Kristopher Negrón . Although Davis has only allowed runs in two of his eight outings in July, his home ERA of 11.29 versus his road ERA (0.68) needs to improve if he’s going to remain the closer.

Here’s the rest of high leverage events from Wednesday:

Tying a franchise record with six hits in his first series, Bo Bichette also hit the first home run of his career in Kansas City:

As a part of the developing Blue Jays lineup, look for Bichette, Vladimir Guerrero Jr. and Cavan Biggio to finish the second half strong.

Home run number 25 for Josh Donaldson led to a big win on the road:

Juan Soto moved his RBI streak to six games with his 20th home run. He’s knocked in eight runs during the streak pushing his season total to 70 and on pace for 105 this year. Soto will turn 21 in October.

More home runs for the Twins with Max Kepler (29) on pace for some team history:

Max Kepler has 29 home runs in 107 team games this season.

A double dong night for Roberto Pérez . He’s up to 18 home runs this year and drove in four during an Indians win at home against the Astros. Carlos Santana (23) and Jason Kipnis (9) each hit three-run home runs as well.

Stay hot Austin Nola . He racked up three hits while hitting his fourth home run. Over his last 14 games, Nola’s hitting .391 with 10 runs, five doubles, three homers and eight RBI. There’s leagues he owns catcher eligibility making him an under the radar add.

Back with a vengeance, Willie Calhoun extended his hit streak to six games with his seventh home run driving in three. He’s hitting .417 in the streak and has 10 RBI his last 10 starts.

During the day slate, can Micheal Pineda maintain the momentum for Minnesota in Miami? Zack Wheeler will match-up with Dylan Cease in Chicago.

Looking at the night games, Danny Salazar will make his first start for Cleveland since 2017. He could be stretched out to around 70 pitches. But, he faces Gerrit Cole . In a battle for the lead in the National League Central, Jon Lester will be opposed by Jack Flaherty in St. Louis.

Some prospect news by the Dodgers:

He's scheduled to make his @MLB debut this weekend.

'cause of the hair and his Thor like stuff.https://t.co/5pk4wzYx0e pic.twitter.com/5OxakgUtfF

Dustin May will make his major league debut facing the Padres on Friday night.