Fantasy Baseball Daily Round Up: July 22 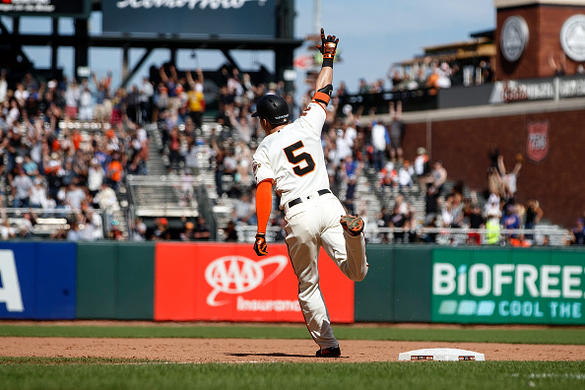 In fitting fashion, Mariano Rivera closed out the Hall of Fame ceremonies speaking last representing the first unanimous inductee in history. On a personal note, part of the reason covering closers became a niche for myself can be accredited to watching Rivera’s career. His presence in high leverage working mostly with one pitch, his famed cutter, proved amazing.

The greatest closer in the history of the game is now in the @baseballhall. pic.twitter.com/no3N6bjXD7

Noting his ERA-plus, a weighted metric to balance ballpark effects, Rivera recorded 12 seasons with at least 60 innings and an ERA+ of 200 finishing his career above the mark. No other player has six such seasons. Congratulations also to Harold Baines, Edgar Martinez, the late Roy Halladay, Mike Mussina and Lee Smith. With this in mind, the Round Up will transition back to recapping Sunday’s full slate of baseball starting with high leverage in deference to Mo.

Working for the third-straight game against a fellow playoff contending team, Liam Hendriks suffered his first blown save since June 12th and second of the season giving up three hits and two earned runs snapping his 20.2 inning scoreless streak. Some will panic and believe Blake Treinen could work his way back into the closer equation, but this game represents a blip on an outstanding body of work by Hendriks dating back to last September.

Surging to his ninth win, Walker Buehler fired seven-shutout innings versus the Marlins giving up five hits with 11 strikeouts. He carved up the lineup with 23 swinging strikes and 19 called of his 94 pitches for a robust 44.7 called plus swinging strikes (CSW) percentage. So much for his limited work in spring, right?

It seems fitting on a day of Hall of Fame inductions to focus on Mike Trout . Not only did he homer against the Mariners, which seems like a daily occurrence, Trout’s batting .300/.448/.664 this year and with his home run on Sunday:

That’s the most in the AL & tied with @ChristianYelich for the most in ?? in that span. pic.twitter.com/Xn6nlfLFPa

For those curious, here’s how great both Trout and Christian Yelich have been since the start of the 2018 season:

Here’s the rest of the hitting highlights from a busy Sunday slate:

Charlie Blackmon started the game with his 21st home run and sixth lead-off blast of the season. He finished with four hits and three runs scored. Trevor Story went 2-for-4 with two RBI. He’s hitting .329 his last five games and 10 of his last 15 hits have resulted in extra-bases (four doubles, one triple, five home runs).

Another double dong day for Trey Mancini . His first multi-homer game of the season happened on Wednesday against the Nationals and Mancini followed it up with two more on Sunday against the Red Sox upping his total to 21 on the season. Mancini’s also on a five game hit streak going 8-for-18 (.444) with three doubles, four home runs, seven runs and RBI in it.

Yairo Muñoz with an under the radar smash and dash. He hit his second home run driving in two runs and stole his fifth base in a win over the Reds.

Remember when the Mets designated Travis d’Arnaud for assignment? Tampa Bay does and d’Arnaud hit a grand slam pacing the offense in a win. Plus:

Lourdes Gurriel Jr. racked up two hits including his 18th home run driving in three runs for Toronto in an eventual loss on the road. He’s hitting .292 with a .936 on-base plus slugging percentage with August on the horizon.

It’s easy to overlook the Royals offense, but Jorge Soler continues to rake below the radar. He went 3-for-3 including his 27th home run which ranks third in the American League and on pace to best the team record set by Mike Moustakas (38) in 2017. Soler’s also reached safely in 18 straight contests.

Michael Brantley also left the yard twice on Sunday swatting his 14th and 15th home runs of the season driving in three runs. He leads the American League with 40 multi-hit games and ranks second in batting average (.332).

No longer a sleeper, Max Kepler added to his breakout season going 3-for-6 with two runs, his 24th home run and:

WALK IT OFF! ????#MNTwins pic.twitter.com/Mbnbzv7tCn

Speaking of walk-offs, Mike Yastrzemski hit an opposite field home run off of Robert Gsellman giving the Giants a win on Sunday. Yastrzemski finished his fantasy week going 13-for-34 (.382) with eight runs, three doubles, a triple, four home runs and nine RBI.

Moving his hit streak to 11 games, Mike Moustakas also put the Brewers ahead for good with two hits and an RBI. He’s hitting .318 in the streak with two home runs and eight RBI.

Welcome back to fantasy relevance A.J. Pollock . He tallied three more hits on Sunday including his sixth home run driving in four and stole his second base. So far in July, Pollock’s slashing .406/.459/.813 with eight runs, four home runs and 12 RBI. Max Muncy (26) and Joc Pederson (23) also homered for the Dodgers.

On Sunday night, the Braves offense flexed its muscles with its big three all having strong games. Ronald Acuña Jr. went 2-for-4 with two runs, his 24th home run and two RBI. Freddie Freeman racked up three hits, scored twice, doubled and stole his fourth base. Last, but not least, Josh Donaldson :

Donaldson’s homered 15 times over his last 35 games dating back to June 11th.

Nothing new in 2019 with more injuries accumulating. Brandon Woodruff left his start early and will miss at least two weeks, up to six, with an oblique strain. Rangers closer Shawn Kelley left the mound during his warmup tosses and will get an MRI for a sore biceps. Cue José Leclerc truthers. Zack Wheeler will start this weekend in Pittsburgh, but no word on which game making him a gamble in weekly lineups. Last, Ryan Zimmerman left Sunday night’s game with more foot problems. He could be done this year.

On the mound Monday night, Mike Clevinger will try to stifle the Blue Jays offense in Toronto. A match-up of southpaws in Tampa Bay with playoff stakes on the line between Eduardo Rodríguez and Jalen Beeks . Gerrit Cole gets the A’s at home in Houston.

Be sure to stay with Fantasy Alarm as the trade deadline nears to stay ahead of the competition.