Fantasy Baseball Daily Round Up: June 8 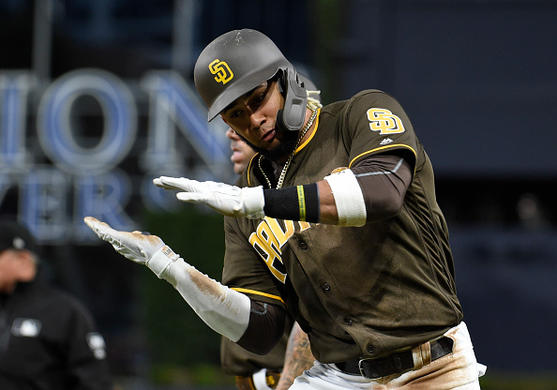 Friday started with a strong outing by Cole Hamels. He continued his dominance of the Cardinals recording 10 strikeouts over eight shutout innings giving up three hits and a walk. Hamels generated 22 swinging strikes and 15 called for a robust 37.4 CSW (Called plus swinging strikes) percentage, bested by one only other pitcher in a full slate of games. Also, through 22 innings versus St. Louis since joining the Cubs, Hamels owns a 0.41 ERA against them.

Representing the highest CSW percentage total on Friday, Gerrit Cole racked up 14 strikeouts in seven innings against the Orioles yielding four hits, three runs (one earned) and no walks. Cole’s registered four starts this year with at least 10 strikeouts and zero walks, out of 14 total. However, no pitcher’s ever finished a season with more than six. This game also marks the seventh time Cole’s finished with at least 10 strikeouts and he produced 29 swinging strikes, 19 with his four-seam fastball, along with 16 called for a 39.8 CSW percentage.

Here are other notable starting pitcher performances from Friday:

Bullpen Notes: Not yet Jose 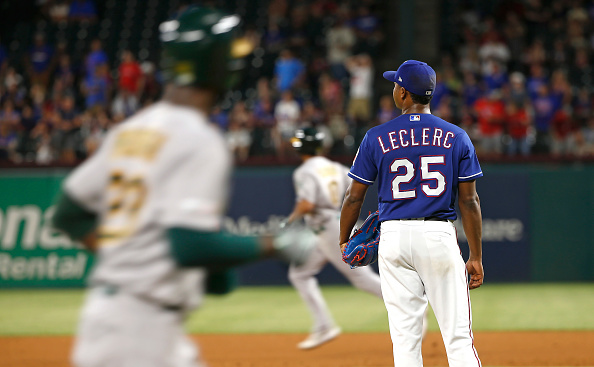 It’s been a rough 2019 for Jose LeClerc. His second half surge and new contract seemed to assure his fantasy status as a potential top-10 closer for the Rangers. However, struggles with command and giving up home runs continue to plague him. Entering a tied game in the top of the ninth Friday and he coughed up a two-run home run to Marcus Semien leading to a loss. LeClerc had been scoreless in eight of his previous nine appearances with 23 strikeouts strikeouts against two walks in 11.2 innings. This outing will give a longer leash to Shawn Kelley, especially given the Rangers would like to improve his trade stock with contenders. Be patient with LeClerc since returning to the closer position will require more time.

Here’s a recap of the rest of the high leverage events from Friday:

There’s no better way for a batter to avenge a hit-by-pitch than a home run in later match-ups. Last year, Jose Urena hit Acuna Jr. in an incident which garnered national attention. Last night, it appears Acuna Jr. did not forget...

Acuna Jr. went 3-for-5 with his 13th home run and three RBI extending his hit streak to seven. Freddie Freeman launched his 17th home run and he’s now on pace for 44 this year. If only he had power, right Harold Reynolds?

Speaking of power, Javier Baez continues to rake this year, especially to the opposite field:

Nothing like an oppo ???? by Javier Baez to kickoff your weekend!

Baez has 16 home runs in only 60 games this year and an impressive .321/.345/.750 slash line in 0-2 strike counts. Just keep tabs on his right heel injury going forward, which could cut into his stolen base total.

Stay hot Jay Bruce. Going to a contender seems to suit Bruce. He homered for the third straight game and since joining the Phillies has a .500 average in 14 at-bats with nine RBI. Also, Bruce has produced 23 barrels of his 125 batted ball events this year for an 18.4 barrel percentage along with a .563 expected slugging rate.

Hidden beneath the Rays success this year, Kevin Kiermaier racked up three more hits including his seventh home run driving in four last night. He’s currently on pace for 19 home runs and 27 stolen bases with no one talking about him.

Welcome back Nelson Cruz. He hit the go ahead home run for Minnesota, his ninth this year and second in his last two starts. Imagine if Cruz gets hot? Mitch Garver (10) and C.J. Cron (14) also left the yard for the Twins in a win over Detroit.

It’s been a frustrating year for Daniel Murphy owners, but, he’s heating up. Murphy went two-for-four with his fifth home run last night. Murphy’s on a seven-game hit streak with a home run in two of his last three games and multiple hits in three straight.

Marcus Semien capped off his two-home run night with the go ahead blast off of Jose LeClerc. Semien finished with four hits, three runs and four RBI moving his average up by 11 points.

Orioles catcher Chance Sisco could get some burn in the lineup and he hit his first home run this year off of Gerrit Cole. Sisco also struck out three times, but, those looking for a boost in two-catcher leagues can kick the tires on him.

Those fading a repeat by Christian Yelich continue to get burned. Yelich went 3-for-4 with two runs, a double, an RBI and stole his National League leading 14th base. It’s silly but, Yelich’s current pace of 147 games with 124 runs, 58 home runs, 132 RBI and 35 steals jump off the page.

A double dong game for Domingo Santana upping his total to 13 this year. He’s a streaky hitter, so ride the wave as long as it lasts. Santana’s hit three home runs his last three contests with multiple hits in each of them. Tom Murphy added his fifth home run, and third in his last four starts. His 31 strikeouts versus three walks scream regression in terms of average, but the power could be for real.

Tatis Jr. gets the night’s only smash and dash. He hit his seventh home run and stole his seventh base atop the Padres lineup. San Diego feeds off his athleticism and energy.

What to watch for

Look for injury updates on J.D. Martinez with Boston playing a doubleheader versus Tampa Bay this afternoon. Plus, Oakland and Texas will also play two with Ernie Banks smiling somewhere. Joe Palumbo will make his major league debut for the Rangers in this double dip.

Lucas Giolito will look to stay hot starting in Kansas City. Also, keeping tabs on Nick Pivetta’s start at home against the Reds.

During the night caps, Jack Flaherty will try to become the first pitcher in this series to win on the road. He’s opposed by Jon Lester. Max Scherzer will face the Padres who will counter with Eric Lauer.

Be sure to stay with Fantasy Alarm for the latest news, videos and articles to stay ahead of the competition.