Fantasy Baseball Daily Round Up: June 1 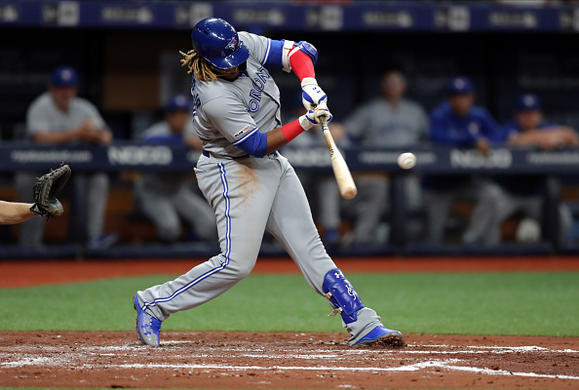 With Vladimir Guerrero Jr. 's home run, there have been more HR this month (1,120) than any other month in @MLB history! pic.twitter.com/QgXe4gqzPn

Shattering the old record set in August of 2017, major league hitters in May totaled 1,135 home runs. Which makes one ponder, what happens when it warms up in the summer and humidity rises? As for Guerrero Jr., he recorded his third three-hit game and second in the last five contests.

On the winning side of this game, Nolan Arenado turned in his major league leading 10th game with three or more hits extending his hit streak to 11 games. Arenado’s hitting .500 in the streak and finished May with a robust .425 average with nine doubles, a triple, nine home runs and 29 RBI. Trevor Story crushed two home runs and a double leading to a career best seven RBI. It’s the 12th multi-home run game of his career and he’s 10 for his last 17 with six extra-base hits. Story also tied J.J. Hardy (2007) for the most home runs in the National League by a shortstop with 15 before June. Raimel Tapia scored a career high four runs and moved his hit streak to ten games.

Both Franmil Reyes (16) and Hunter Renfroe (15) homered sparking the Padres to a win at home. Their 31 home runs, over 338 at-bats represent almost 40 percent of the team total.

Perhaps Josh Bell does not wish to see May come to a conclusion. Bell went 2-for-5 but finished with 12 doubles and 12 home runs in May and he’s the first Pittsburgh player with at least 40 hits and 30 RBI in a month since Dave Parker accomplished the feat in 1978. Plus:

With May officially in the books for the @Pirates, Josh Bell joins some pretty big names ???? pic.twitter.com/QwobBIT49a

Bell enters June with a .343 average, 1.109 on-base plus slugging percentage and he’s within ten RBI of his total last year.

Runs aplenty in Baltimore on Friday night with Trey Mancini racking up his 18th multiple hit game including his 11th home run driving in two. Renato Núñez added his 14th dinger and has 16 RBI over his last 11 games with a .375 average in them. Dwight Smith hit his 10th homer, a grand slam and Jonathan Villar went 2-for-2 with two walks and two stolen bases (11) scoring, you guessed it, two runs with deuces being wild.

In two-catcher leagues, it could be time to deploy Curt Casali . He went 3-for-4 with a double, his second home run and four RBI in a win over the Nationals. Plus, Casali’s hitting .298 through 84 at-bats.

Niko Goodrum enjoyed his first game near his hometown in Fayetteville, Georgia:

We hear from Niko Goodrum after he goes 5-for-5, including two homers, to lead the @Tigers to an 8-2 victory over the Braves. #MotorOn pic.twitter.com/55k6o6zN4N

Keep tabs on Miguel Cabrera who left this game with right knee soreness, he could get an MRI to determine the severity of the injury.

So much for Joey Gallo ’s wrist concerns. He launched his 16th home run Friday night, a grand slam. Entering June, Gallo’s hitting .272 with a 1.048 on-base plus slugging percentage pacing towards 47 home runs and 115 RBI.

Take note of the Dodgers hitting home runs at home. Joc Pederson (17), Max Muncy (12), Corey Seager (7) and Enrique Hernandez (9) all homered in Friday night’s win. Plus, the Phillies will send Cole Irvin and Nick Pivetta to the mound in the next two games.

In what could be viewed as a microcosm of starting pitching so far this season, Patrick Corbin only lasted 2.2 innings giving up 11 hits, eight runs (six earned) and striking out two in Cincinnati. Corbin yielded seven hits in the first inning, he had not allowed more than seven hits in any start prior to this one. It’s been a volatile environment for pitchers this season as the lead in about record home run totals indicate.

Here are the notable pitching performances from Friday night:

Investing in its bullpen, New York added Adam Ottavino and re-signed Zack Britton in an effort to shorten games. After J.A. Happ worked an effective five innings, the relievers took over. Ottavino pitched the sixth inning giving up a hit and striking out one. He’s been scoreless over his last 16 outings (16.1 innings). Tommy Kahnle took over in the seventh allowing a hit and striking out one for his 10th hold. Britton pitched the eighth walking one and extending his scoreless streak to 12.1 innings. Aroldis Chapman fired a clean ninth with two strikeouts for his 16th save. He led the majors with 11 saves in May working an efficient 11.1 innings with a 0.79 ERA, 0.71 WHIP and 18 strikeouts against three walks.

Here’s the rest of the high leverage highlights from Friday:

Will Cleveland be able to turn their season around? They open June in tied for second in their division but 10 and one half games behind:

Our month of May:

Milwaukee’s first baseman own a cumulative .219/.336/.329 slash line with 11 home runs and 48 RBI. Keep tabs on Travis Shaw , who could take over at first keeping Keston Hiura at second base:

.@travis_shaw21 launches his first home run as a Mission! 434-ft bomb, 104 exit velocity. Shaw is 3-for-3 on the night, and has scored all three runs for the Missions. Missions lead 3-0 pic.twitter.com/KNi7PeF11C

In Saturday’s match-ups, Kyle Gibson will face Yonny Chirinos in a battle of underappreciated pitchers on good teams.

Mike Soroka will take the mound in Atlanta looking to silence the Tigers bats.

During the night slate, Jacob deGrom facing Zack Greinke could be a much needed pitching duel for the purists.

Be sure to stay with Fantasy Alarm, with all its great content, in order to remain ahead of the competition. 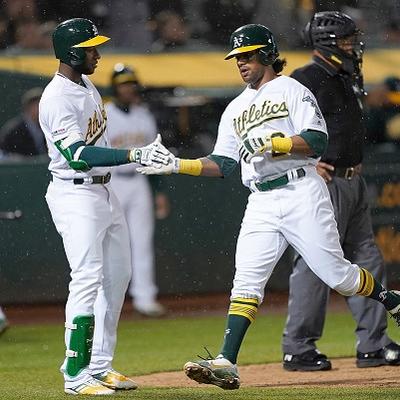 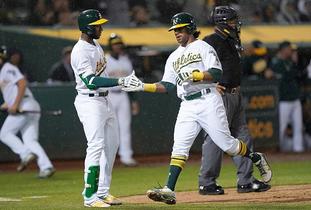 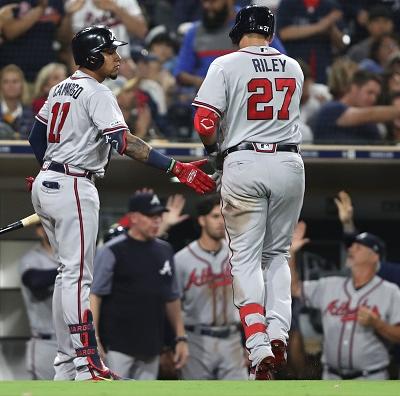 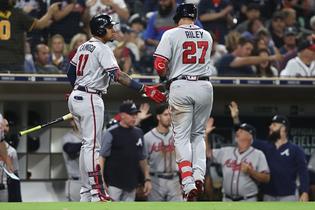 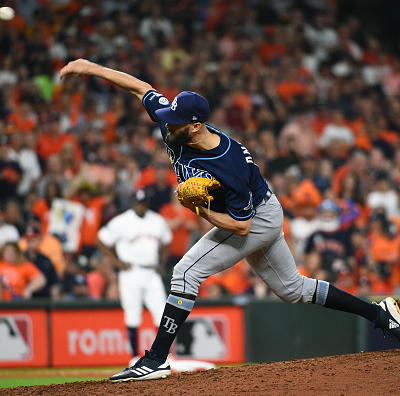 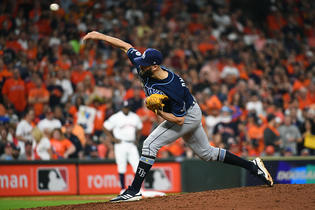 R. Suárez - RP
PHI
Suarez is building up as a starter this spring, Matt Gelb of The Athletic reports.
For a full breakdown and detailed player analysis GO PRO and join the Fantasy Alarm Family! CLICK HERE to unlock your PRO package and take advantage of instant savings!
Added 4:58 pm (EST)

A. McCutchen - LF
PHI
McCutchen (knee) has yet to be cleared to participate in games and has been on his own workout program this spring, Matt Gelb of The Athletic reports.
For a full breakdown and detailed player analysis GO PRO and join the Fantasy Alarm Family! CLICK HERE to unlock your PRO package and take advantage of instant savings!
Added 4:52 pm (EST)

A. Knapp - C
PHI
Knapp has yet to swing a bat since tweaking his rib cage over a week ago, Matt Gelb of The Athletic reports.
For a full breakdown and detailed player analysis GO PRO and join the Fantasy Alarm Family! CLICK HERE to unlock your PRO package and take advantage of instant savings!
Added 4:46 pm (EST)

A. Kirilloff - RF
MIN
Kirilloff was scratched from the lineup for Friday's game against the University of Minnesota, Do-Hyoung Park of MLB.comreports.
For a full breakdown and detailed player analysis GO PRO and join the Fantasy Alarm Family! CLICK HERE to unlock your PRO package and take advantage of instant savings!
Added 3:41 pm (EST)