Fantasy Baseball Daily Round Up: May 23 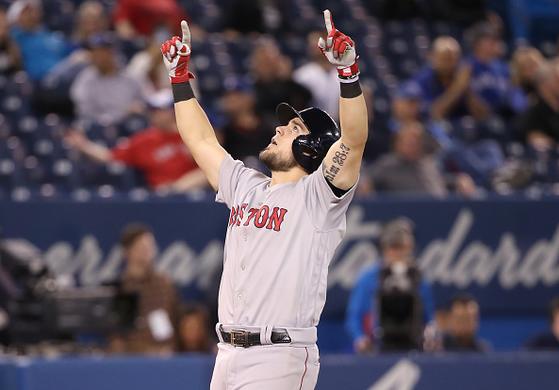 Youth continues to be served in the major leagues as aging veterans look older by the day. Boston held on for the win during a back and forth battle in 13 innings, it’s last lead happened courtesy of a record breaking second baseman:

Although Chavis will be only the second fastest player in Red Sox history to hit 10 home runs, in his first 28 games, he did set the record for them at his position, second base. Gleyber Torres held the record with 10 home runs in his first 36 last year. Rafael Devers homered for the third straight game joining some gaughty company. In their Age-22 seasons or younger, only Devers, Ted Williams, Babe Ruth, Carl Yazstrzemski, Rico Petrocelli and Jim Tabor have hit three home runs in three straight contests.

Speaking of Torres, Gleyber launched two more home runs, his 11th and 12th in Baltimore. This marks his fourth multi-home run game versus the Orioles this year. He’s the youngest player with six multi-homer games, in American League history, and with five versus Baltimore. Torres has launched 10 of his 12 home runs against the franchise this season with a robust .465/.531/.1.233 slash line, 15 runs and 13 RBI in only 11 games. He’s also in the midst of an 11 game hit streak and hit safely in 23 of his last 24 games with eight home runs and 17 RBI.

Keeping with the youth theme, Austin Riley launched his fourth home run, in only his eighth game with Atlanta tying a franchise record. He’s the third Braves player to do so.

Vladimir Guerrero Jr. hit his first home run eight days ago. He crushed his fifth last night joining only Frank Robinson to hit his first five home runs in a span of 10 days or less in their Age-20 season or younger. Rowdy Tellez hit his ninth homer and became the first Blue Jay to hit 13 home runs in his first 65 major league games. However, Guerrero Jr. could challenge this record in a couple of months.

Signs of life from Daniel Murphy ? He hit his third home run and went 2-for-5 with three RBI during a win in Pittsburgh.

As for his competition, everyone knows Josh Bell continues to rake and he did it again:

Josh Bell is the first player ever to hit TWO homers out of PNC Park and into the Allegheny River on the fly! pic.twitter.com/UWbb99NZqo

Bell’s tied for the major league lead with Marcell Ozuna with 45 RBI, but, Bell leads all hitters with 24 RBI in May. This marks his 15th home run in only 46 games. He hit 12 all of last season in 148 contests.

Eloy Jiménez snapped an 0-for-7 drought off of the injured list with a double-dong evening in Houston. He’s hit five home runs so far with two multi-homer games. José Abreu continues to rake hitting a home run for the second straight game and he’s tied for second in the American League in RBI with 40.

Welcome to the home run column Garrett Cooper . A name to keep in mind in deeper formats for potential power upside. Plus, Miami’s won five in a row with Craig Mish tweeting in Spanish.

Just when it felt like a potential pitching duel could happen in Miller Park, it turned into a battle of the bats. Both Zack Davies and Luis Castillo turned in the second shortest starts of their careers in a game which totaled 20 runs.

Well fun, or frustrating for owners of Davies or Castillo, but we press on.

In May, Montas has made four starts with 31 strikeouts against three walks over 26.2 innings with a 1.69 ERA. He’s also yet to give up more than three earned runs in any start this year. Last night he generated 18 swinging strikes, 11 with the splitter, and 20 called for a 37.6 CSW (Called plus swinging strikes) percentage.

Here’s the other notable starts from Wednesday:

Settling down a game with plenty of fireworks, Josh Hader entered with runners on the corners and the Brewers leading by two in the top of the eighth inning with one out. He induced a fly ball to right field, not deep enough for José Peraza to score and got Jesse Winker to lineout to shortstop. Hader then recorded two strikeouts in the ninth and a fly ball in foul territory to lock down his 12th save. It’s hard to believe Hader’s getting better but, his 2.52 ERA accompanies a 1.58 xFIP plus his 54.4 strikeout percentage and 24.8 swinging strike percentage represent career bests.

Here’s the rest of the high leverage action from Wednesday:

What To Watch For Thursday

Well, as per usual, more injury news. Wade Davis landed on the injured list with an oblique strain. Colorado suggests it’s minor and Scott Oberg will get a chance to be the interim closer, but keep tabs on Carlos Estévez . As for Davis, soft tissue injuries can be tricky, so monitor the news closely if an owner.

Robinson Canó could land on the injured list after hustling down the line on a groundout. The irony writes for itself this season.

Masahiro Tanaka will face Dylan Bundy in Baltimore. Bundy will face the unenviable task of snapping the Yankees streak of at least three home runs in six straight versus the Orioles pitching staff at Camden Yards.

A potential pitcher’s duel with Jon Lester hosting Aaron Nola in a day game at Wrigley. They will hope the wind’s blowing in.

Keep tabs on the heavy day slate and stay ahead of the competition with all the great work on Fantasy Alarm.