Fantasy Baseball Daily Round Up: April 23 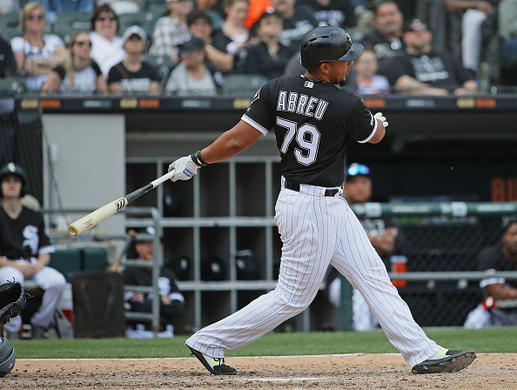 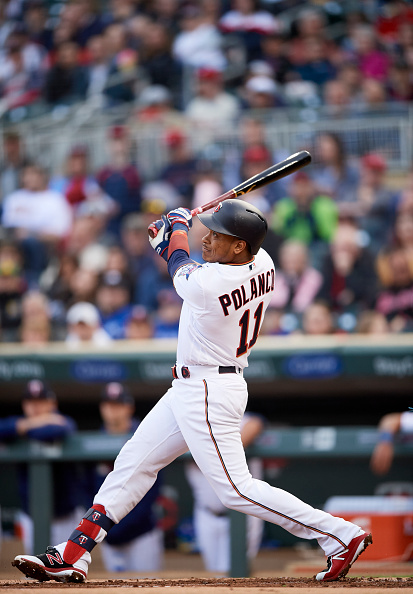 While injuries continue to accumulate adversely affecting the fantasy community, Jorge Polanco continues to surge. Polanco recorded his second four hit game last night and eighth multi-hit game of the season. He’s currently second in the American League in batting average (.392), trailing only Tim Anderson . Fueling the Twins win, along with two infield hits by Nelson Cruz , Polanco hit his fourth home run, barely eluding the effort of Josh Reddick . This marks the second best home run total in a month by Polanco, he hit six in August of 2017. Not sure how long Polanco can maintain this hot streak, but, he looks like a bargain so far for those who waited to draft a shortstop.

Remember when Nolan Arenado started slowly without a barrel? He went 3-for-4 Monday night with two doubles, his fourth home run and notched the 1,000th hit of his career. Arenado’s the youngest player in Rockies history to accomplish the feat. Please remember it’s a marathon. With this in mind, here’s the rest of the action from Monday in today’s Round Up.

In the loss, Trey Mancini extended his hit streak to five games while notching his 10th multiple hit game of the season. He’s hit safely in 20 of the Orioles first 24 games.

During a Pirates bullpen implosion, Eduardo Escobar and David Peralta reaped the rewards. Escobar finished 3-for-5 with three RBI, a walk and his third home run. Peralta doubled and tripled leading to three RBI. Christian Walker launched his seventh home run and currently owns a 1.135 on-base plus slugging percentage.

Welcome back Gregory Polanco . He finished with two hits in four at-bats including a run and a double. He provides much needed depth to the Pirates depleted outfield.

In a loss, Alex Gordon hit his fifth home run and Hunter Dozier his seventh. Here’s how each has fared over the last 13 games:

Leading the Rays comeback, Yandy Díaz hit his sixth home run and third in his last six games. Tommy Pham went 2-for-3 with a run and a triple. Over his last 10 games, Pham owns a .333 average with four home runs and seven RBI.

Jeff McNeil hit his first home run of 2019 on his 28th hit of the season. Todd Frazier made his debut with a hit and a stolen base in four at-bats.

After a slow start, Dexter Fowler ’s on a heater. He hit his first home run on Monday night along with driving in four runs. He’s currently slashing .313/.403/.433 and recorded at least a hit in 11 of his last 12 starts. Paul Goldschmidt hit his ninth home run and drove in three.

Two eight-game hit streaks but they’re not teammates. Adam Eaton went 1-for-4 with a run and his fourth stolen base. He’s hitting .412 in his streak. Michael Brantley spurred the Astros offense in a loss with two hits, his fourth home run and an RBI. Brantley’s hitting .375 in his streak and reached base in his last 14 games.

In a game highlighted by a blown save, intentional walks and injuries, at least Peter Bourjos flashed his defensive prowess in the infield for the Angels:

Are you sure you've never played infield before, Peter? pic.twitter.com/Q7rt6WNuq3

Part of evolving as a pitcher includes improving against a nemesis. Milwaukee hits Jack Flaherty hard but he lasted six innings last night giving up three hits, all home runs, four earned runs and a walk with 10 strikeouts. Flaherty recorded 20 swinging strikes, 10 with his four-seam fastball, and 21 called for a robust 39.8 CSW (called plus swinging strikes) percentage.

After the rain delay, Steven Matz stifled the Phillies en route to his second win. Matz limited Philadelphia to three hits, one earned run and two walks with six strikeouts. He produced 11 swinging strikes and 19 called for a 30.3 CSW percentage. Here’s the other pitchers worth noting from Monday: 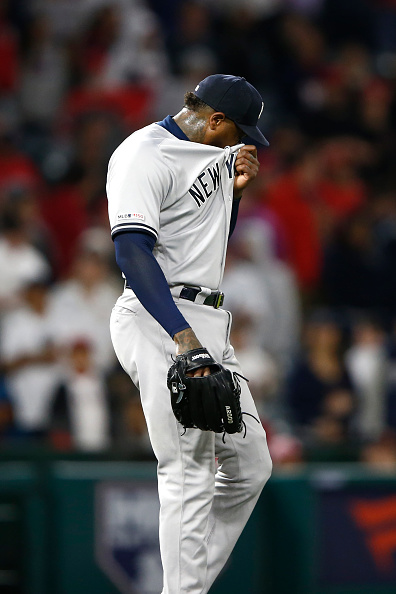 Bullpen Notes: Winds of change for the Angels?

It’s difficult to gauge a changing of the guard in a tied game, but, Hansel Robles pitched the ninth striking out the side, not Cody Allen . Allen’s struggled of late giving up a run in four straight appearances. Robles worked as the opener on Sunday, but earned the highest leverage spot on Monday night. It could be nothing or it could be something. Stay tuned.

In this game, Aroldis Chapman suffered his first blown save giving up a hit to Brian Goodwin in the bottom of the 12th inning. Chapman continues to work with less velocity and throwing more sliders. More worrisome, Chapman only generated one swinging strike among his 27 pitches.

Tampa Bay provided a much needed night off for José Alvarado and Diego Castillo . This opened the door for Emilio Pagán to notch his first save. He fired a clean ninth. Adam Kolarek recorded his sixth hold with a clean eighth and two strikeouts.

As the fantasy community awaits official word on if Vladimir Guerrero Jr. will in fact make his debut in Toronto, Anthony Rendon owners hope he returns to the lineup in Coors. Keep tabs on Robinson Canó ’s hand injury as well.

Let’s play two in Boston. How will Chris Sale pitch? What type of start would assuage his owners?

Carlos Carrasco gets the Marlins at home, so, he’s either going to strikeout 14 or last two innings.

With Kyle Freeland heading to the injured list, who starts in Coors versus Patrick Corbin ?