Fantasy Baseball Daily Round Up: April 13 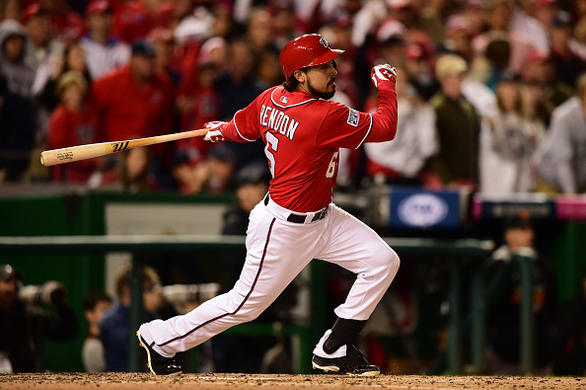 Remember how long it took in the preseason for drafters to move Anthony Rendon in front of Vladimir Guerrero Jr. in average draft position? Chasing upside seems to overshadow production sometimes in fantasy. Rendon’s hit safely in his last 11 games, launched two home runs in a loss last night and recorded an extra-base hit in nine straight games. During his hit streak, Rendon’s hitting .465 (20-for-43) with seven doubles, six home runs, 16 RBI, five walks and 17 runs. He’s also notched 10-game hit streaks in each of the last full four months he’s appeared in dating back to last year, not counting this March of course.

Not to be outdone in the double dong parade, Eloy Jiménez felt so relieved after hitting the first home run of his career in Yankee Stadium, he hit a second one as well:

After a slow start, Jimenez went 3-for-4 on Friday night with three RBI. He’s also notched multiple hits in three of his last four and in four of his last six contests.

Tampa Bay scored a run in the first inning for the seventh straight game courtesy of an Austin Meadows home run. Both Meadows and Brandon Lowe hit two home runs in the game with each reaching the 500 level of right field in the third inning. Only 20 baseballs reached this level prior to last night in the history of the stadium. Meadows remains hot with the first multi-homer game of his career, he’s homered in three straight going 10-for-15 with two doubles, four home runs and driving in nine. Lowe also recorded his first multiple home run game. Tommy Pham extended his on-base streak to 46 games with a single in the sixth inning. With home runs reaching historic levels early, it’s time to move forward with today’s Round Up covering all three facets of a frenetic Friday night.

For the third time in franchise history, Houston hit two grand slams in the same game. Jose Altuve and Yuli Gurriel each mashed during a 10-6 win on the road. Gurriel finished 3-for-5 with a double, his first home run and four RBI. Altuve’s on fire as of late with a home run in each of his last four contests and five total in them. 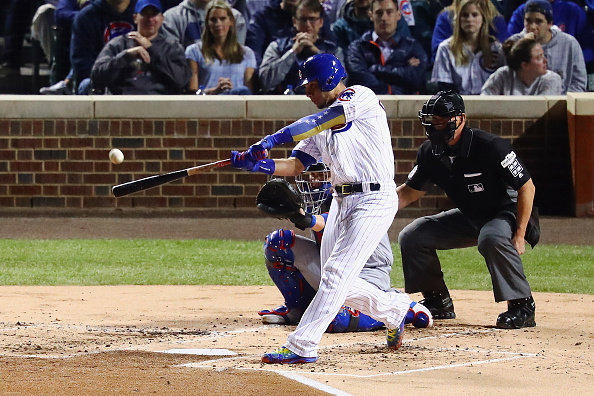 With the wind blowing out at Wrigley, Willson Contreras also hit two home runs on Friday afternoon. He’s already racked up five this year along with homering in four of his last seven games. His three hits also mark the third time this season he’s reached the feat. Perhaps a rebound season could be in store for the catcher. By the way, Contreras only hit three home runs in the second half last year. Just saying...

Although Jung-Ho Kang won the third base job in spring training, those in deeper leagues can speculate on Colin Moran . Moran hit a pinch hit three-run home run to propel the Pirates to a win. So far this year, Moran’s average exit velocity on his batted ball events sits at 94.4 MPH with an 18.7 degree launch angle. It’s a small sample, but in 2018, Moran’s average exit velocity of 88 MPH and 10.5 degree launch disappointed fantasy owners. Bake in his .357 expected batting average, .763 expected slugging, and an expected weighted on-base average almost 150 points higher than his actual WOBA, then you have yourself a player than can contribute.

After receiving a fresh haircut, Andrew McCutchen went 3-for-4 with two runs, his third home run, three RBI, and a walk in Miami.

Brandon Nimmo dropped to eighth in the batting order and responded with his own 3-for-4 effort scoring two runs with a double, his second home run and two RBI.

If not for Rendon’s big night, Khris Davis might have headlined this column again. He homered for the third straight game, but it was not a double dong night. Davis has 10 home runs in Oakland’s first 18 games plus he’s hit 11 in his last 20 games in Texas. As a visitor to Globe Life Park, Davis owns a .330 average (37-for-112) with 16 home runs and 34 RBI in only 28 games. Mercy!

Alex Gordon matched a career high with four hits and notched his fourth straight multi-hit game. He missed a cycle on an outfield assist trying to go to third. Gordon also hit his third home run and he’s slashing a robust .390/.491/.732 with 13 RBI over his last 12 games.

Not only did Manny Machado launch his fourth home run, but he made this ridiculous throw across the diamond!

It’s rare Jake Arrieta headlines the starting pitcher report, but with eight strikeouts over seven innings in Miami, he led the way in swinging strikes (10) and called strikes (28) combined last night with 38 total. Arrieta scattered five hits giving up one earned run and a walk en route to his second win of the year.

Eduardo Rodríguez rebounded against the Orioles with his first win of the season. Rodriguez generated 21 swinging strikes (a career best) with 10 on his change-up alone. He also recorded 15 called strikes. His final line of 6.2 innings yielded three hits, two earned runs and eight strikeouts. Here are other lines worth noting from Friday:

Remember when Matt Barnes notched the save in Seattle on March 29th? So do his owners. Since then, he’s appeared in the ninth inning once, but in the seventh inning three times. Last night, Barnes recorded the last two outs in the sixth inning for his second hold. After Boston extended its lead, Tyler Thornburg started the ninth in a non-save outing, but created one giving up a two-run home run to Renato Núñez . This opened the door for Ryan Brasier to notch his third save retiring the only two hitters he faced. 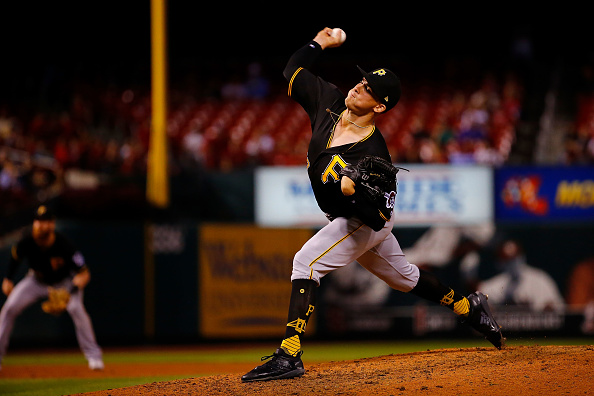 Nick Burdi won his first game as a major league pitcher after the Pirates rallied in the top of the 10th inning. Felipe Vázquez gets his fourth save allowing a hit. Sean Doolittle is tied for the lead in wins in the National League, but he’s yet to get a save due to the shaky bridge in high leverage situations. Kyle Barraclough incurred his second blown save and he’s allowed all seven inherited runners to score this year. And, Justin Miller landed on the injured list with a back issue after the loss. Washington still cannot construct a bullpen. Time to recap the rest of Friday’s bullpen moves:

What to watch for Saturday

Will home runs continue to dominate the landscape of fantasy baseball?

C.C. Sabathia will return to the mound in his season debut against the White Sox. Look for Domingo Germán to follow him in long relief.

If the wind’s blowing out in Wrigley again, it could be a long day for Chris Stratton and Kyle Hendricks .

Blake Snell gets the Blue Jays lineup, which does not seem fair. Yet, both the Dodgers and the Indians seems set to navigate Saturday’s games with bullpen games. Baseball’s funny like that.

Be sure to stay with Fantasy Alarm to stay ahead of the competition. 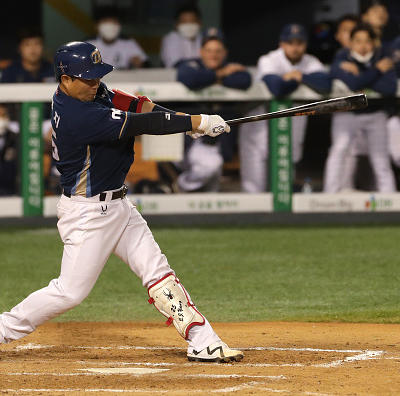 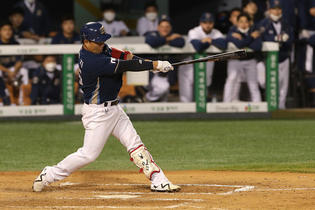