Fantasy Baseball Daily Round Up: August 14 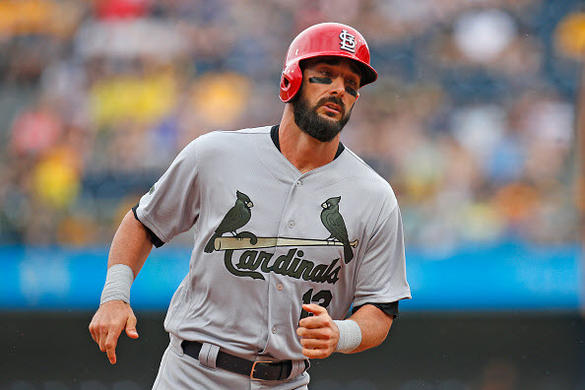 As the playoff races heat up, especially in the National League, players will rise or fall to the occasion. Matt Carpenter continues to obliterate baseballs and his 33rd home run propelled St. Louis into the lead in the eighth inning:

Fantasy baseball can be a fickle game. Carpenter ended up on some waiver wires when his batting average (.140) and slugging percentage (.272) reached their nadir on May 15th. Those who displayed patience or grabbed him off the wire have since prospered. He’s homered in back-to-back games, hit  four in the last six and seven home runs the last 10 contests. Carpenter’s now on pace to hit 45 home runs and in the 79 games since his low point, he’s batting .332 with a robust .721 slugging percentage.

How could rookie Ronald Acuna top his performance in Game 1 of Monday’s doubleheader? By hitting a home run to start each game. Acuna joins a short list accompanied by Brady Anderson (1999), Rickey Henderson (1993) and Harry Hopper (1913) in doing so. Acuna’s also the second youngest player to homer in both games of a doubleheader to only Mickey Mantle (1951). Since the start of the second half as the Braves leadoff hitter, Acuna’s played 23 games with 23 runs, 10 home runs, 20 RBI, six stolen bases and a .344/.410/.767 slash line along with homering in four straight games. 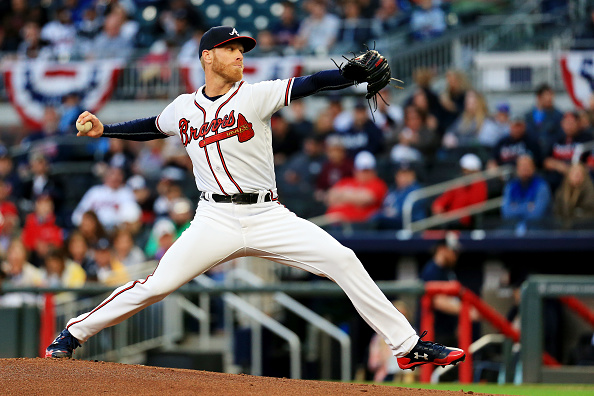 Freddie Freeman lost a 14-game hit streak in the first game of the doubleheader, but bounced back going 2-for-4 in the evening and hit his first home run since July 30th. Freeman’s 22-for-his-last-62 (.355) his last 16 games and if his power returns for the stretch run, which can be streaky, look out.

Michael Foltynewicz allowed five hits, one earned run and three walks with seven strikeouts to win his 10th game of the season. Foltynewicz also generated 13 swinging strikes and 25 called of his 113 pitches in the night cap. He’s yielded two earned runs or less in 18 of his 23 starts, including the past three and the Braves staff owns a cumulative 2.83 ERA the last 16 games.

It’s well known how great Jacob deGrom ’s been despite his lack of run support. He did even his record at 7-7 last night in the Bronx with the Mets hitting four home runs. deGrom worked 6.2 innings giving up five hits, three runs (two earned) and two walks with 12 strikeouts. Although he did yield two earned runs, his ERA still remains under two for the year (1.81). Also, deGrom produced 16 swinging strikes and 19 called ones of his 114 pitches. Craziest fact after this game, deGrom’s allowed 31 earned runs all year, Luis Severino ’s ceded 30 earned runs hs last seven starts.

Entering last night’s action in the midst of a prolonged slump, hitting .173 with only one home run and three RBI in the second half,  Nicholas Castellanos turned in a career night. Castellanos went 5-for-5 with two doubles, his 17th home run and five RBI. He missed a cycle by a triple and became the first Tiger since Ian Kinsler in 2015 to rack up five hits in a game. Patience seems to be a theme.

After robbing three home runs the previous six games, Adam Engel ’s decided to start hitting them as well? Engel homered for the second straight game and he’s five for his last eight with a double, triple, two home runs and four RBI. It’s been frustrating year for Engel, but if he can produce the rest of the way, he becomes a sneaky upside play, especially since he’s stolen 12 bases this year. Not convinced, but watching him nonetheless. 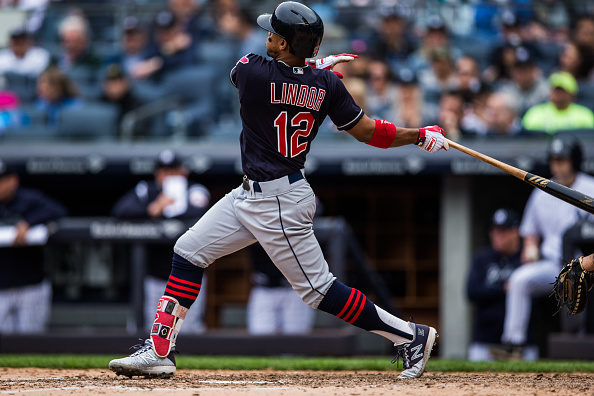 It’s well documented how great Francisco Lindor and José Ramírez have been this season. Lindor became the first player this year to eclipse 100 runs last night. Ramirez hit his 35th home run and set a Cleveland franchise record for the most home runs in a season by a switch-hitter. He also raised his average to .301 with three more hits and his on-base plus slugging to 1.043 percent.

With so many relievers struggling, keep an eye on Jose Leclerc . He’s been a fantasy tease in the past, but notched his second save striking out two in a clean ninth for Texas. LeClerc’s been scoreless his last seven outings giving up only one hit and one walk in them with nine strikeouts. Also, he’s recorded a 0.96 ERA his last 18 games spanning 18.2 innings.

On the other end of the spectrum, owners using Archie Bradley in holds leagues may want to bench him until he displays signs of improvement. Bradley allowed another run last night on two hits in Texas. He looked great in the first half with a 1.97 ERA and 0.92 WHIP, but in the second half Bradley’s ERA jumped to 10.13 after this performance with his WHIP up to 1.31 in the process.

Not much went right for the Blue Jays on Monday, but Devon Travis did hit his ninth home run. He’s hitting .331 the last 11 games with three home runs and 12 RBI, plus, he’s hit eight homers with 33 RBI his last 58 contests.

Save number seven for Wily Peralta , and his first since July 31st. Peralta walked one with a strikeout. He’s been very good in save situations with a 1.13 ERA (one earned run in eight innings) but when pitching in non-save outings, his ERA jumps to 5.91 (seven runs in 10.2 innings).

Speaking of hot, Kole Calhoun racked up three more hits including a double and an RBI. Over his last 28 games, Calhoun’s recorded a .327 average with 27 runs, eight doubles, 11 home runs and 29 RBI. Justin Upton ’s also heating up with a six game hit streak and an extra-base hit in each of them. He’s 10-for-his-last-24 with three doubles, four home runs and nine RBI.

It’s been a lost season for Eric Hosmer , but he did hit a pinch-hit sacrifice fly and a home run during the 10 inning of an eventual loss. Hosmer’s hitting .290/.343/.355 in August but needs to heat up in the power department. He’s only hit two home runs since the start of July but has hit safely in 16 of his last 18 games.

Clayton Kershaw deserved better. He pitched eight innings yielding only four hits and one earned run with nine strikeouts in a no-decision. Kershaw produced 16 swinging strikes (12 with the slider) and 17 called strikes of his 110 pitches. But the bullpen failed to hold the lead for the third consecutive game robbing Kershaw of his 150th career victory. Since returning from the disabled list on June 23rd, Kershaw’s recorded a 2.24 ERA in 60.1 innings with 55 strikeouts against eight walks in 10 starts. 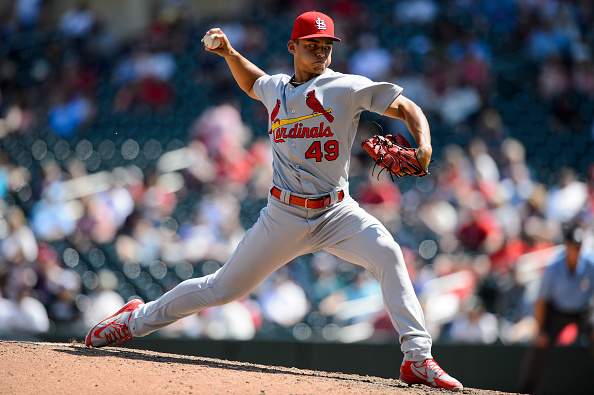 Who gets the next save chance for the Dodgers? Kenta Maeda ? Ross Striplng? Caleb Ferguson ? They could recall Julio Urías later this week as well.

Can Acuna and Carpenter stay hot?

Did you know newly promoted Taylor Ward, who has 14 home runs and 17 stolen bases with a .350 average across two levels owns catcher eligibility on most fantasy sites should take over at third base for the Angels. Meanwhile, Eloy Jimenez and Vlad Guerrero Jr. await their chance.

Be sure to stop back later for Fantasy Alarm’s Closing Bell to stay ahead of your competition.