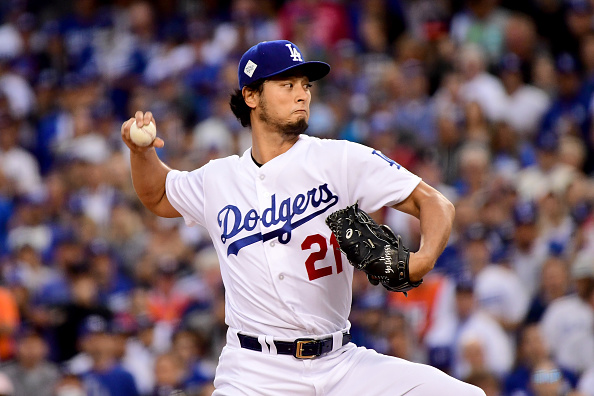 At long last, something happened in Major League Baseball on the free agency market. Yu Darvish agreed to a six-year contract which could be worth up to $150 million with incentives and a rumored $126 million guaranteed. With contending teams needing to target starting pitching, the Cubs seemed to strike for the best one on the market while sending teams like the Twins and Brewers back to the war room.

Some will focus on Darvish’s 17-17 record the last two years following Tommy John surgery, with a 3.70 ERA and the memory of his meltdown in Game 7 of the World Series. However, he’s collected 341 strikeouts in 287 innings. Darvish also registers as one of six pitchers in baseball history to record a season with at least 250 strikeouts and less than 150 hits. Although Darvish accomplished this feat in 2013, it represents the upside of him bouncing back. There are no other pitchers with this type of ceiling available.

During 2017, Darvish finished 10-12 in 31 regular season starts over 182.2 innings with 209 strikeouts, 58 walks, 3.86 ERA and 1.16 WHIP. His strikeout percentage dipped slightly to 27.3% last year, but he still finished with a solid 24.3% strikeout minus walk rate. As for his record, Darvish ended the year eighth-lowest in terms of run support (4.2 runs per start) in 2017. His new team scored the fourth-most runs in baseball behind only the Astros, Yankees and Rockies.

Also, Darvish owns a career 3.13 ERA in 24 starts versus National League teams with a 33.1% strikeout rate. He’s also 56-42 in his career in 131 starts with a 3.42 ERA, 3.30 FIP and 1.18 WHIP in the majors. Here are his career numbers in chart form with some steady lines in terms of contact percentage allowed and swinging strike rate: 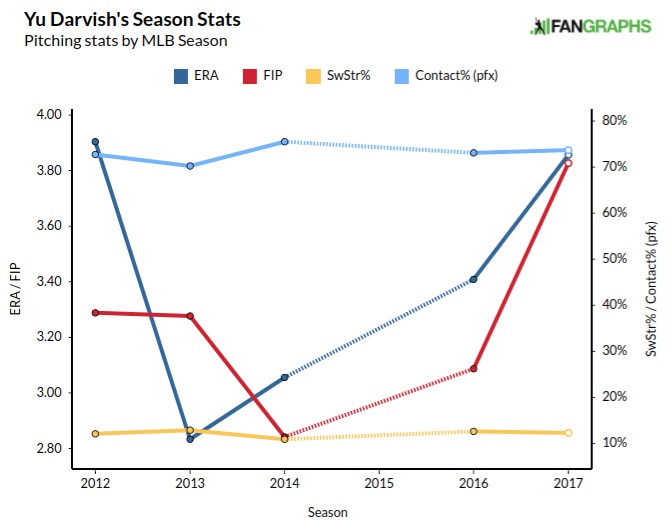 Darvish will turn 32 in August, so the years on the contract may be risky, but for a team like the Cubs built to win now, it’s a gamble worth taking. The same can be said for Darvish at his present third-round average draft position according to NFBC data.

A move to the National League could help his WHIP stay in the 1.15 range with a slightly lower ERA and a chance to garner a couple more wins due to the potential of run support. Chasing wins proves to be fluky, but Darvish stands to benefit from his move to Chicago. He’s turned in three seasons of 185 or more innings and being two years past his surgery, a very nice season could be in the offing for Darvish. His short-term benefit should be what fantasy owners focus on and targeting Darvish in drafts just became much easier to justify.

Another Marlin on the move?

Rumors surfaced prior to Christian Yelich being traded to the Brewers, and his move escalated quickly. Reports broke about the Astros being asked for Kyle Tucker as a potential return for catcher J.T. Realmuto. Before being too angry about the rich getting richer, for fantasy purposes, this could be a huge boon to Realmuto’s statistics going forward. According to the Fantasy Alarm Ballpark Ratings, Houston ranked ninth in home runs allowed percentage with Miami at 24th overall.

Last year, Realmuto hit a career high 17 home runs in spite of his ballpark with a spike in pull percentage (46.6%) and hard contact rate of 33.3%. He also will be entering his vaunted Age-27 season during which players can enter their power peak. Add all of these together with a move to Minute Maid Park and it could be the perfect storm for Realmuto to jump up to 20 home runs or more. Here’s a look at his spray chart from last year with Houston’s home park as the overlay, courtesy of BaseballSavant.com: 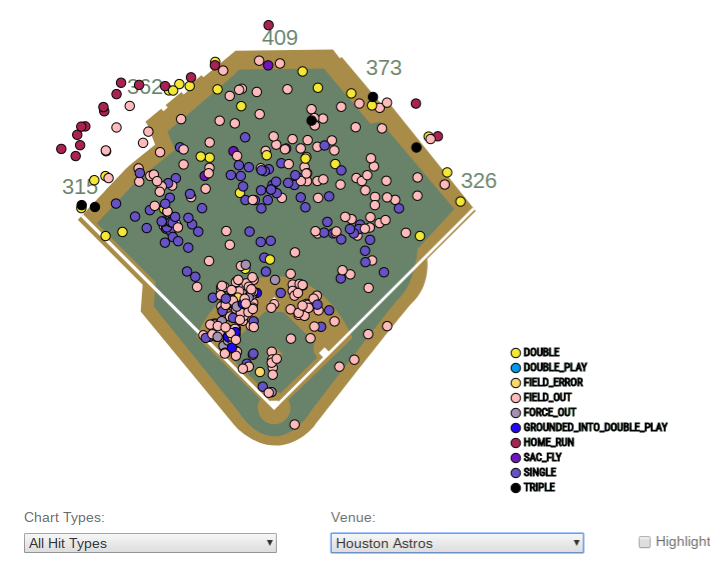 According to the chart, Realmuto would trade five doubles and seven field outs for home runs based on his batted ball data. Of course, he would only play half of his home games in Minute Maid, but even if one takes half of the 12 extra home runs, Realmuto jumps to the 20 home run barrier if he gets dealt to Houston. Here’s to hoping so!

Montgomery back as the Chicago swingman

Owners wishing to speculate on Mike Montgomery as the fifth starter in Chicago let out a collective gasp after hearing the news of Darvish signing with the Cubs. However, Montgomery could fill a much needed role in the bullpen as an “affector” or pitcher with the ability to record more than three outs in an appearance to keep a game either within reach or the Cubs ahead with a lead.

Over the last two seasons, Montgomery’s worked 125.2 innings as a reliever with a 2.29 ERA and 19.5% strikeout rate. There’s also a chance of upside in strikeouts if he throws more changeups and curves as a reliever or in spot starts. Using BrooksBaseball.net data, Montgomery’s change generated a whiff per swing percentage of 36.23% last year with a .167 batting average against. His curveball ranked just below with a 33.3% whiff per swing and hitters with a .169 batting average versus the pitch.

Montgomery makes his living with a 55.9% ground ball rate. His sinker does not have the effectiveness of a Zach Britton per se, but with the evolutions of his changeup and curveball cited above and shelving the cutter, Montgomery could make a fantasy impact as a reliever this year especially in leagues that reward relievers with starting pitcher eligibility.

There should be much more news emerging soon, so be sure to stay on top of all the fantasy landscape with the terrific work at Fantasy Alarm.