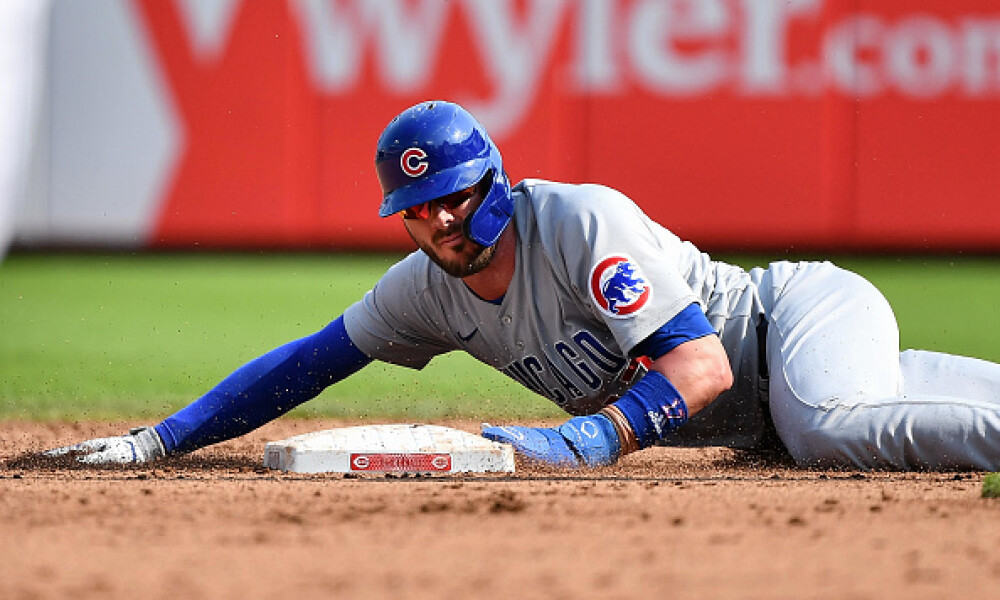 Hot remains an understatement for Schwarber over the last his last five contests:

After launching his 11th home run of the season Wednesday night, Cronenworth's homered in three in a row, hit four in his last five games and five over his last eight contests. His last 26 plate appearances provide eight runs, four home runs, nine RBI and a .409/.480/1.136 slash line fueling a scorching .645 weighted on-base average (wOBA) and 320 wRC+. He also leads the Padres in multiple hit games (21) and his team hosts the Diamondbacks this weekend. Giddy up.

After a strong start to the season, regression finds Bryant in the midst of a slump. His last 12 games resulted in a .081/.244/.162 slash with four runs, one home run, two RBI and a stolen base. This adds up to a minuscule 43 wRC+. Less than optimal in a walk year, but with road games in Milwaukee and Cincinnati next week, better days lie ahead.

A repeat offender in the not hot list and things continue to spiral downward for Torres. He looks lost at the plate and in the throes of a major slump hitting a paltry .057/.178/.086 his last 40 plate appearances with a .029 isolated power and negative 17 wRC+. Again, if possible, bench him until he shows signs of life since he's produced zero counting statistics in this stretch. This is not a typo.

Welcome to 2021 in a nutshell. Last week, Bradley appeared on the hot list launching home runs with aplomb. Then, he remembered he struggles making contact and carries a 33.3 strikeout rate with one home run, two RBI his last six games spanning 24 plate appearances culminating in a .048/.167/.190 slash. Remember his teammate Amed Rosario being the hot waiver claim of late, he's also hit the skids batting .087/.160/.087 his last six games as well over 25 plate appearances. Why does anyone pitch to Jose Ramirez?

Another repeat player from last week, Bohm tied a career high with four hits on Wednesday and batting .421/450/.526 his last five games with five runs and three RBI. Better days still lie ahead:

Predicting pullback on his power from last year made sense, him hitting below .270 this season, even with less distance on baseballs does not. Pulling a few more batted ball events could unlock the door to a surge in results and he visits Fenway this weekend, so hoping the Green Monster entices him to turn on a couple of fastballs, stay tuned:

Touting a player on a team just no-hit comes with trepidation, but better days for Muncy lie in wait. He's among the league leaders in on-base average, increased his barrel rate and sweet spot percentage providing better quality of contact with improved discipline. Add it all together and: