Behind The Breakout: Jared Walsh 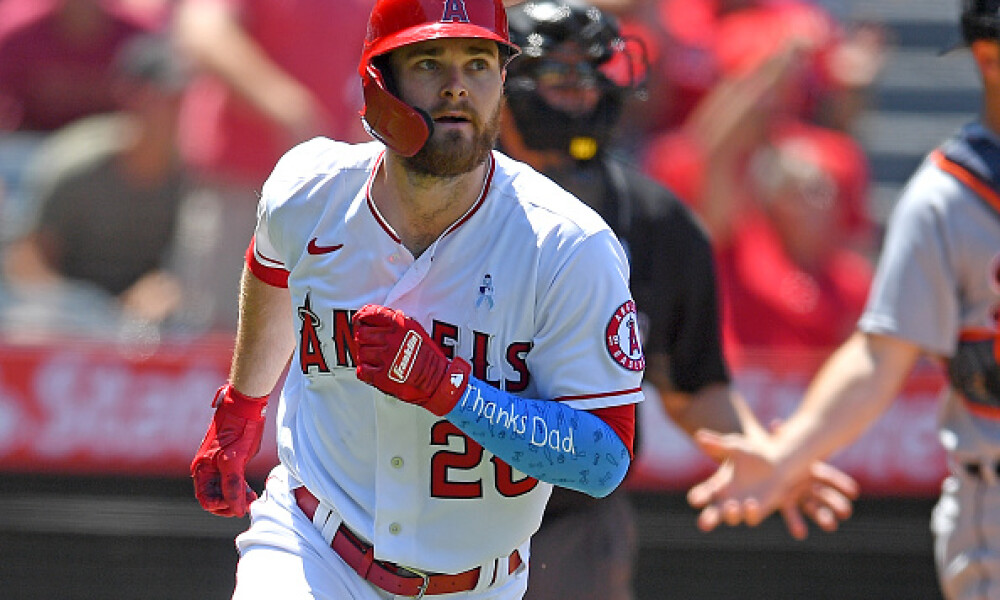 Small sample sizes come with many warning flags in fantasy baseball. During a late call-up in 2020, after struggling earlier in the season, Jared Walsh made waves launching nine home runs over his last 22 games in September replacing Albert Pujols at first base. This depressed Wash's draft capital, seeing him taken, on average, in the 17th round of the esteemed NFBC Main Event average draft position data.

Fast forward to this season and he's launched home runs in three of his last four contests with 18 total this season in only 71 games. He's not slowed down, and in fact, carrying over his hot streak from last year into a full fledged breakout in 2021. Through 286 plate appearances he's hitting .290/.353/.575 with 40 runs, 51 RBI and two stolen bases. It flies a bit below the radar due to his teammate Shohei Ohtani getting most of the headlines, but Walsh's season should not get overlooked.

Against his peers in the American League, here's how he ranks in key categories for production:

Not too shabby for someone taken 30th overall on average at first base in the preseason. There's some warts like his strikeout percentage rising to 28 percent but he's maintained an eight percent walk rate. His 11.6 swinging strike percentage does not cause too much worry and he owns a 76 percent contact rate along with a 80.1 Z-Contact (in the strike zone) percentage. Walsh also boasts an impressive .288 isolated power along with a .390 weighted on-base average (wOBA) through his first 286 plate appearances this season.

He's produced the exact same ground ball percentage (48.3) in 2020 and 2021 but hitting fewer fly balls this year with an almost five percent spike in line drives this year. This fuels his high batting average on balls in play (BABIP) but can he continue hitting at or above .290? It remains to be seen but enjoy viewing his Statcast ratings and spray chart from this season:

This comes with some trepidation even with the improved quality of contact through his first 71 contests. Walsh owns a .262 expected batting average (xBA), a .471 expected slugging (xSLG) and .340 expected weighted on-base average (xwOBA). So some migration to the mean may be pending but fantasy owners should be willing to accept this if the power numbers remain intact.

If Walsh can defray regression, it lies in his stable plate discipline metrics displayed last year remaining stable this season. In fact, he would benefit from a healthy Mike Trout and any sort of production from Anthony Rendon. To this point, it's been Ohtani and Walsh carrying the load for the Angels offense. Getting back to the plate discipline, the swing and take chart from Walsh proves he's capable of continuing to produce runs:

Like any major league player, adjustments will affect his outcomes and there's some streakiness to his game already evidenced in his rolling expected weighted on-base average (xwOBA) chart:

When viewing his rest-of-the-season projections, it's a mixed bag with all systems foreseeing more power but with some batting average regression:

Even if Walsh 's batting average fell to these levels, he's on track to launch 35-plus home runs with over 100 RBI. Focus on his end of the season average but his ability to get on base without giving up his current discipline metrics within his power peak should insulate him from a collapse. If he finishes with a batting average at .275 or better, he will be a top-five first baseman for fantasy in 2022, even if he's not priced accordingly.