Brantley is getting healthy. Maybe. Urias isn't going to be on the Opening Day roster. Ray Flowers explains why you shouldn't care at all about the news. Plus, some other morsels of wonder. 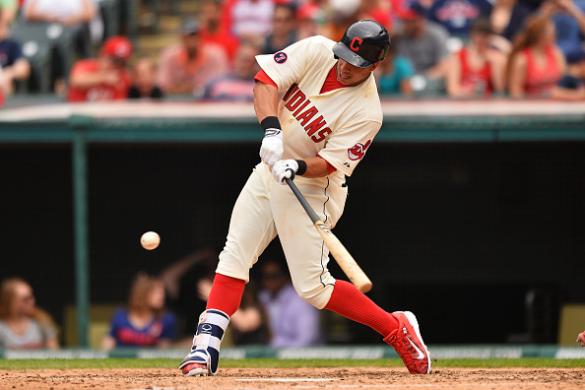 Erick Aybar has been added to the 40-man roster with the sad-sack Padres. He should have value in NL-only leagues but his days of mixed league relevance are behind him.

It was Bigfoot’s fault swears a woman.

The hype is starting to grow with Michael Brantley, just like it did 12 months ago. Last season those hopes were dashed as he barely played. This season... we shall see. What we do know is, that his shoulder appears to be okay, for the moment, and he’s set to take a big step on his road to recovery as he’s expected to play the Indians next three games in the Cactus League, beginning Tuesday. It’s a big hurdle to overcome, but the fact that three games can legitimately called a hurdle to overcome should tell you a lot about the outlook of Brantley in 2017.

Socrates Brito was a big time let down last season and he’s on the way to leaving the same taste in the mouth of his owners this season. Brito has been placed on the 60-day DL with a dislocated left ring finger.

Jhoulys Chacin will start on Opening Day for the Padres. Don’t get too excited. This is only cause the Padres stink so badly, not because Chacin has done something impressive. The Padres might have the worst starting staff in the 21st century.

Scooter Gennett is now on the Reds after he was added off of waivers. A few things. (1) The second longest tenured position player on the Brewers, behind Ryan Braun, is now Hernan Perez. This is amazing since Hernan joined the team on June 3rd, 2015. If we’re talking a guy who has continuously been on the team, Perez was briefly a free agent, then the #2 man is Domingo Santana. (2) The Reds don’t seem to have a spot for Gennett with Jose Peraza, Zack Cozart and Eugenio Suarez set to handle the infield. His addition might mean the team is ready to send Cozart out of town with Peraza taking over at short with Gennett at second. (3) Gennett, rather quietly, hit 14 homers with eight steals last season. (4) Gennett cannot hit lefties at all, like he’s horribly bad, with a career .490 OPS. However, he hits pretty well against righties with a .294/.330/.446 slash line.

Sonny Gray is up to throwing at max effort from 105 feet. Sidelined with a lat issues, it’s sounding like a return in April is certainly possible.

The greatest hitting seasons ever.

Raisel Iglesias (shower fall) should be ready for Opening Day. I think he’s the best bet to lead the Reds in saves, though concerns about his durability and ultimately his role make that position far from certain.

Can we finally come to the conclusion that Ketel Marte just can’t hit? That might be a slight exaggeration. The D’backs think so as he was sent to Triple-A Tuesday. He’s droppable in anything but NL-only leagues. Chris Owings and Nick Ahmed will likely see work at shortstop with the news. Owings, by the way, appeared in 70 games at shortstop and 49 in the outfield last season as he hit .277 with 21 steals. Not much to like other than the speed, but 20 thefts is legit.

Lance McCullers will start the second game of the season for the Astros. For more, see his Player Profile.

MLB.com asked me to participate in a 12-team mixed league. Check out how the draft played out.

The greatest pitching seasons ever.

Carlos Rodon is going to begin the year on the disabled list. That said, tests run on his biceps showed only bursitis. He should be fine and it seems like he could be back on the bump in late-April.

Aaron Sanchez popped a blister on his finger Monday night. He should be fine, unless he pulls a Rich Hill of course.

Ervin Santana will be the Twins Opening Day starter this year.

Here’s the review of my Tout Wars club.

Julio Urias will not make the Opening Day roster. I sent out that note on Twitter this morning and I was immediately hit up with multiple questions about whether people should start dropping Urias. Folks, I try to help you all but sometimes you just don’t listen. Here’s what you need to know. Urias was never going to throw 200-innings this season. The upside might not even be 165 innings a year after the 20-year-old tossed just 122 innings. It’s like you all haven’t been paying any attention if this news is causing you to panic with Urias. So what if he doesn’t make the O.D. roster? That roster move doesn’t change his ranking or outlook one single bit for 2017.

C. Sneed - RP
HOU
Multiple reports state that free agent right-handed pitcher Cy Sneed is being pursued by the Tokyo Yakult Swallows.
This is the same club that signed former Pittsburgh Pirate Jose Osuna recently. Sneed, 28, appeared in 18 games with the Astros in 2020, and he registered a 5.71 ERA, 1.85 WHIP and 21/10 K/BB ratio. He's been an up-and-down arm over the last couple of seasons, and a successful stint in Japan could help improve his stock going forward.
Added Yesterday 11:44 pm (EST)
Added Yesterday 11:44 pm (EST)

J. Osuna - 3B
PIT
Jon Heyman of MLB Network reports that the Jose Osuna has signed with the Tokyo Yakult Swallows.
The Pirates designated Osuna for assignment last week, and he's found a new home relatively quickly. The 27-year-old hit just .205/.244/.397 last year with four homers and a 16/4 K/BB ratio in 82 plate appearances. The year before, however, Osuna hit 10 homers with a .756 OPS in 95 games. If Osuna hits well in Japan, it certainly seems likely that he could be back in an MLB role in a year or two.
Added Yesterday 8:46 pm (EST)
Added Yesterday 8:46 pm (EST)

C. Martínez - SP
STL
Hector Gomez of Z101 Sports reports that prosecutor Osvaldo Bonilla will request a warrant against Cardinals pitcher Carlos Martinez.
The warrant comes after Martinez participated in a street party the previous weekend in the Dominican Republic. He will be charged with violating all the social distancing protocols and the mandatory use of masks at the gathering. A statement on Monday from the Cardinals acknowledged that they were "gathering details  about his participation after a video surfaced that showed him riding a motorbike with a passenger through a crowd on on a seaside street. More information on the potential arrest should present itself in the coming days, but it's possible Martinez will face disciplinary action on top of any punishment he receives for the violation. Derrick Goold of the St. Louis Post Dispatch tweets that the hurler is expected to pay fines, according to a representative.
Added Yesterday 8:23 pm (EST)
Added Yesterday 8:23 pm (EST)

Y. Molina - C
STL1
In an interview with Mas Que Pelota, free agent catcher Yadier Molina mentioned that the Yankees, Mets, Padres and Angels have shown interest this offseason.
Molina, 38, also notes that he would like to return to St. Louis, and that he wants to play two more seasons. This comes a couple weeks after a report from Jon Heyman of MLB Network noting that there were 3-f4 other teams long with the Yankees, Mets and Cardinals were interested in the backstop. It still seems very likely that the potential Hall of Famer stays in St. Louis, but it doesn't appear it will be from a lack of interest.
Added Yesterday 4:12 pm (EST)
Added Yesterday 4:12 pm (EST)

R. Arozarena - LF
TB
According to the Mexican newspaper PorEsto, Randy Arozarena has been released after a 48-hour hold and will not face charges for a domestic incident involving his daughter and his daughter's mother.
Arozarena was detained in Mexico's Yucatan state on Tuesday on allegations of domestic violence and a disagreement over custody of the young child. His lawyer, Carlos Chable, told PorEsto that "there were not enough elements to bring it to trial" (translated from Spanish) and that "there is no longer a crime to prosecute" (also translated). Arozarena could still be subject to some sort of discipline from Major League Baseball once the commissioner's office completes its own investigation into the incident, which was partially caught on video.
Added Yesterday 12:34 pm (EST)
Added Yesterday 12:34 pm (EST)

W. Franco - SS
TB1
Rays SS prospect Wander Franco is headed back to the United States for further evaluation of an arm injury.
Franco came down with discomfort in his right biceps earlier this week while playing for Leones del Escogido of the Dominican Winter League, and there's at least some level of concern that it might be serious. The 19-year-old shortstop, widely considered the top overall prospect in baseball, had batted .350/.435/.500 with one home run and one stolen base through five games (23 plate appearances) this winter in the DOWL.
Added Yesterday 10:31 am (EST)
Added Yesterday 10:31 am (EST)

B. Colón - SP
FA
Bartolo Colon told Hector Gomez of Z Deportes that he wants to play one more year in the majors and retire as a Met.
Colon said the same thing prior to last season before signing with a Mexican League team. He will turn 48 next May and hasn't pitched in the majors since 2018 and with any level of effectiveness since 2016. So, as fun as it would be, it's highly unlikely to happen. The odds are good that "Big Sexy" has thrown his last pitch in the big leagues.
Added Nov 25 6:35 pm (EST)
Added Nov 25 6:35 pm (EST)