Pence or Adam Jones? Health updates on Polanco and Soler. On the infield we touch on Bour, O'Brien, Mondesi and Bogaerts potentially hitting 6th. 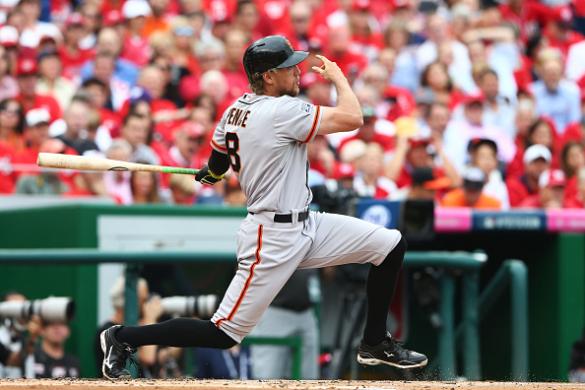 Xander Bogaerts has not been officially named the Red Sox 6th hitter yet, but it does sound it could possibly play out that way. If this happens it’s obviously fair to knock him a wee bit in your rankings. It’s certainly not a positive but don’t go getting all panicky. Honestly though, are we worrying too much about lefty-righty stuff than actual production? As a 23 year old last year he went .294-21-89-115-13. Should that type of performance be slotted in the 6th hole? Hell no is the answer to that question.

Justin Bour is batting .200 over .55 at-bats this spring. It’s obviously not a panic inducing things, but it should also remind you that despite some hype that he’s far from a refined hitter.

Raul Mondesi was named the Royals’ starter at second base. He hasn’t shown any bat whatsoever thus far with a .185 mark last season, but he’s 21 and has serious wheels. Hard to suggest you add him in mixed leagues though in AL-only his value just went way up. Way up.

Peter O’Brien has an 1.100+ OPS this spring with seven homers. His reward is a demotion to Triple-A. He will be back at some point, but has been the case all spring, his only value is in an AL-only league.

J.T. Realmuto is a nice target in mixed leagues. Here’s his Player Profile.

Devon Travis (knee) appears likely to be ready for Opening Day. Great news since I took him at a discount in Tout Wars.

Kennys Vargas is back to hitting after being out of action with a foot issue. There is now some optimism that he could make the O.D. roster. See his Player Profile.

Bryce Harper had 10 spring training homers in his career before this season. He’s gone deep eight times in 52 at-bats this spring. He’s an absolute monster.

Gregory Polanco won’t throw until the weekend as his shoulder is an issue. The team doesn’t seem concerned. I’m not overly concerned. That said, it’s far from heartening news for an outfielder who appears to be on the cusp of a true breakout season after his .258-22-86-79-17 season last year.

Jorge Soler has a strained hamstring and appears destined for the disabled list to start the year. I wrote months ago that I wasn’t really buying Soler as a breakout candidate.

Raimel Tapia has been sent to Triple-A by the Rockies. A solid prospect, even with concerns with the health of Ian Desmond and David Dahl he just didn’t have a spot.

Who are the best hitters of all-time for the fantasy game?

Here’s why I say it’s not. Here are the guys numbers their last 158 games played.

I know folks will say – but Ray that was over two years for Pence which is true. Still, you cannot argue that Pence has been more productive. It’s a fact. Second, Jones has failed to post a .785 OPS the last three seasons and the last two seasons he’s stolen five bases while batting .267. People are buying the name of Jones without looking at his overall game. They are also passing on Pence because they think he’s an injury prone loser. That’s simply not the case either man.