Which batters have had the best fantasy seasons we’ve ever seen? Ray Flowers takes a look to through history to find the answer. 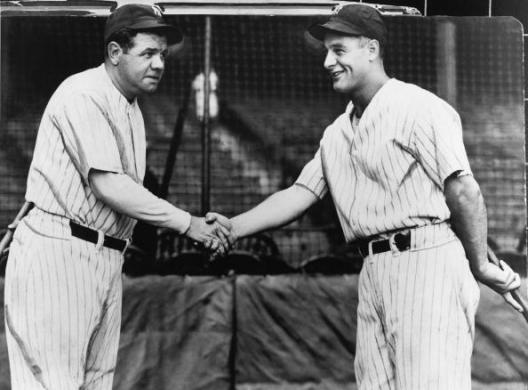 Who has produced the greatest fantasy baseball season? We often tend to think it’s something that happened last year. Maybe we go rouge and look back a couple of seasons. But who has produced the best fantasy seasons of all-time? I’m talking all the way back to the start of the game we love. In what follows I’ll go through all the positions and list a series of efforts that can be considered to have been the best ever, 5x5 seasons, in baseball history.

*Note: I originally wrote this article back in 2008 so nothing that has happened the last few years was included in what follows.

Click on this link to see the Greatest Pitching Seasons of All-Time.

I-Rod won the MVP in 1999 in the greatest all-around fantasy season by a catcher in baseball history. He produced the only 25/25 season by a catcher, ever, and because he didn’t get hurt he was able to amass 600 at-bats on the year which led to a massive total of 199 hits. Piazza certainly had a spectacular season in which he posted the second-best batting average ever for a catcher with the fourth most homers and the eighth most RBI, while his 1.070 OPS is number one in the annals of history for a backstop. Five steals just won’t get it done in the fantasy world, though, and heck, Pudge had more runs scored and only five fewer home runs anyway.

Are you kidding me? Probably not a single person who is reading this was alive in 1922, but we can still dream whimsically of what this special season would have done for a fantasy squad. Anyone would take any one of those five numbers for any position player on their squad this season, so when you roll them all up in one guy, in one season, at second base, the debate on the greatest fantasy baseball season by a second basemen is over. Hornsby’s .401 average is fourth all-time at second base, his 42 homers are second, his 152 RBI are first and his 141 runs scored are sixth. Sorry Joe, but you come in a distant second.

Perhaps you didn’t realize just how great A-Rod was in his magical season. If that is the case, let me help to jog your memory. The 54 home runs he hit are the highest single season total in league history for a third sacker, as are his 156 RBI. With his speed on the bases he produced just the fourth season in baseball history of at least 50 homers and 20 steals, and just the third 40/20 season by a third basemen ever. Toss in a .314 batting average and you have the only .300-20-125-125-20 season by a third basemen since they started keeping track of stats.

OK, this is slightly cheating since we couldn’t actually have the same guy playing two positions, but when a guy goes 40/40, it’s pretty tough to ignore him. Regardless, there is no disputing the season A-Rod posted as being the best fantasy baseball season ever by a shortstop, I mean, look at those yearly production levels: 8th all-time in HRs, 16th in RBI, 27th in runs and 42nd in stolen bases. In the runner up slot is Hanley Ramirez.

Walker finished 1st in the NL in homers, OBP, SLG, OPS, total bases, 2nd in batting average, hits, runs and 7th in steals in 1997. Yet that performance was only good for second place in this two-horse race, and it’s easy to see why. Ruth’s 177 runs scored is the highest total in the modern era, while his 171 RBI are the seventh highest single season mark. Toss in the bombs, the seventh highest mark ever for an outfielder, and the 17 steals, and it’s easy to see what a massive performance was had in 1921 by Ruth. In fact, those numbers kind of reminded me of the type of numbers I used to put up while giving the smack down to my friends when we played RBI Baseball back in the 1980s on Nintendo. Hell, Ruth even won two games on the hill in nine innings pitched during his remarkable campaign.

Ever heard of that Ty Cobb guy? He was a pretty good hitter in his day, though I’m sure the .400+ average adequately points out that fact. It might surprise you to learn that despite hitting just eight home runs on the year, Cobb posted a 1.088 OPS thanks to 47 doubles, 24 triples and 248 total hits. Kenny Lofton did a pretty fair Cobb imitation for the Indians in 1996, and though others may be more worthy than Lofton here, his combination of 5x5 production, including the power/speed things, sneaks him onto the list ahead of more powerful hitters.