Anderson signed with the White Sox. The Astros are making cuts. Do the Nationals have a closer? Broxton, Margot, Mesoraco, Pollock, Corey Seager, and Urias are dealing with health woes. 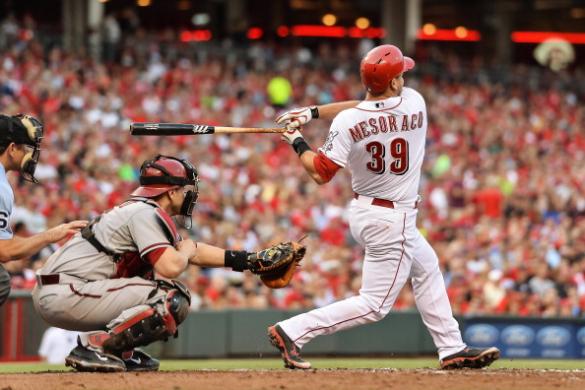 Tim Anderson signed a 6-year, $25 million extension with the White Sox. There are two club options after that as well which could make the deal worth up to $50.5 million. The 24 year old had a solid rookie season last year. For more on Anderson, see Second Year Players.

The Astros made a bunch of roster moves Tuesday. Colin Moran, Tyler White, A.J. Reed and Teoscar Hernandez were all demoted. The only one that might surprise at the moment is Reed who had a huge spring (.306/.444/.667). The team is going to give Yulieski Gurriel (Player Profile) a shot to run with the starting gig at first base.

Keon Broxton (wrist) is back in action Tuesday for the Brewers. Keep an eye how he looks. Great to see that he’s back out there though after there was some concern with his health. As for teammate Andrew Susac, he’s still missing time with a trap issue. There’s likely nothing long-term going on here, but his continued delay in returning to the field makes his availability in early April suspect.

Matt Duffy (heel) has virtually no shot at being active on Opening Day for the Rays. The DL seems nearly certain, but the expectation continues to be that he will be available for game action in April.

Koda Glover has made 5-straight outings in the 9th inning for the Nationals. Here’s what manager Dusty Baker had to say about the Glover. "He has the stuff to eventually be there," manager Dusty Baker said. "We just have to decide: Is he ready or not now? The thing you wish is that he was facing more of the guys he's going to face in the [regular] season, because by then all the big boys are out of the game." Certainly sounds like Baker is, at the very least, leaning toward opening the season with Glover working the 9th innings.  "We'll have a meeting. I believe in giving everybody a vote, because that's what good organizations do. You take all the brains in the room, you get their opinions."

Manuel Margot has been out with a knee issue, since March 5th actually. He will play five innings Thursday in a Cactus League game provided he doesn’t have a setup the next few days. He still has time to prove he’s ready for a starting spot on Opening Day, but it’s always possible that his injury will give the team an excuse to send him to the minors to delay his arbitration clock.

Jose Martinez continues to mash for the Cardinals and seems a certainty to make the Opening Day Roster, I mean, look at those numbers: .400/.510/.825. I’ve gotten many a question about the 28 year old and I can’t help thinking – Jeremy Hazelbaker. Even if that comparison is way off, where does Martinez play? The outfielder looks like Randal Grichuk, Dexter Fowler and Stephen Piscotty. That would leave Jose Martinez as the 4/5 outfielder with Tommy Pham. He’s just not draftable in standard mixed leagues.

Devin Mesoraco is doing well, but it seems like his body isn’t going to be in game shape for Opening Day. “I'm a guy who hasn't played in two years, essentially,” said Mesoraco. “For me to come out catching one full game and getting 15 at-bats in spring training, that's probably not putting me or the team in the best position. If everybody thinks I'm perfectly ready and ready to go, I'll be in there. If not, it's fine.” The Reds have already said that the plan is for Mesoraco to be in a 50/50 split early in the year behind the dish with Tucker Barnhart as he proves his health. “We're going to be deliberate with his rehab, it's not a matter of saying he has to be ready on Opening Day at all costs,” manager Bryan Price said. “We're not going that way, we're going to let this happen as it happens. We'll see how he responds to an increased workload.”

Mike Morse was having a solid spring, but the 36 year old injured his hammy Tuesday. He can’t afford to miss any time if he wants to make the Giants.

A.J. Pollock is out with a groin issue, but he’s nearing a return to action. He went 1-for-3 in a minor league game Monday and it sounds like he’s close to returning to game action with the big league club, something he hasn’t been able to do since the injury occurred on March 12th. He should be fine, but injuries are starting to get hung on Pollock at a rate much higher than I would like to see.

Corey Seager (oblique) will get three at-bats, as the designated hitter, in a minor league game Tuesday. There is still a significant belief in Dodgerland that he will be available for Opening Day.

Will Smith of the Giants has an issue with his UCL. Seems like a best case scenario for the lefty is an extended absence. The worst case... Tommy John surgery.

Huston Street is on the shelf with a lat issue. He hopes to begin throwing by the end of the month. Cam Bedrosian will begin the year as the Angels closer. He has the skills to run away with the job.

Julio Urias will throw a bullpen Tuesday, after dealing with strep throat of late. It’s seemingly impossible for Urias to be in the rotation to start the season, but that doesn’t mean he won’t be inserted into the rotation early in April.

P. Sandoval - 3B
ATL
Braves re-signed INF Pablo Sandoval to a minor league contract with an invitation to spring training.
Jon Heyman of MLB Network says that Sandoval will receive a $1 million salary if in the majors. The 34-year-old finished last season with the Braves after spending most of it with the Giants. He was useful in 2019, but if Sandoval winds up playing much in 2021 it's probably not a good sign for the Braves.
Added 1:14 pm (EST)
Added 1:14 pm (EST)

J. Taillon - SP
NYY
Yankees acquired RHP Jameson Taillon from the Pirates for RHPs Miguel Yajure and Roansy Contreras, OF Canaan Smith and INF Maikol Escotto.
Of the four, Yajure was ranked the highest by MLB.com as the Yanks' No. 15 prospect, so this is definitely a quantity over quality haul for the Pirates. As far as Taillon goes, he hasn't made a start since May of 2019 as he recovers from his second Tommy John surgery. However, while he certainly comes with some health risk, Taillon was, at minimum, a nice mid-rotation starter before getting hurt. He'll also make just $2.25 million in 2021 and is under team control through 2022. Pitching at Yankee Stadium and in the AL East is a tall task, but Taillon will have a dynamic offense backing him.
Added 12:41 pm (EST)
Added 12:41 pm (EST)