Julio Urias isn’t likely to start the year in the Dodgers rotation. Meanwhile, the Reds and Royals are making staff decisions. This Ramblings piece also speaks to bullpens with the Cubs, Pirates and Rockies. 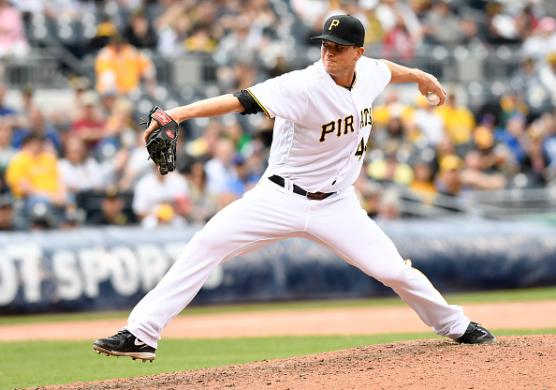 Been hearing from some folks that they are having trouble finding some of my writings. Here’s an update.

The Player Profile Series is updated nearly daily. Click on the link to check out the ever expanding, award winning series. There are videos and articles in there so you can choose to either throw tomatoes at my face or my articles.

You can always bookmark this page as well. It includes all my work.

You can also post questions for me, and the staff, on the message boards.

CUBS: Wade Davis is the closer, Hector Rondon is the setup man.

Davis had multiple issues with his forearm last season. He has looked terrible this spring allowing a 15.43 ERA and 3.86 WHIP over three outings. In his 2.1 frames he has struck out four, but he’s also allowed six hits while walking three. Everyone is maintaining calm around the Cubs, but I’m not so sure things are OK. I hate to jump to conclusions off three outings, it’s really not prudent to do so, but giving the struggles last season with health, and how poorly he has performed to date, you have to be moving Davis down your board. He’s gone from RP1 to RP2 status in the Fantasy Alarm Rankings.

PIRATES: Tony Watson is the closer, Daniel Hudson is the setup man.

“The overall execution (was lacking), and the balls were elevated,” manager Clint Hurdle said speaking of Watson’s Sunday outing. “Without having the consistency of keeping the ball down, it was a challenge for him.” Watson has been bombed this spring allowing eight runs, eight hits and three walks over 4.1 innings. Meanwhile, Hudson has walked two, allowed four hits and struck out eight batters in five innings this spring. What he has going for him is that he’s right-handed, profiles as a more traditional closer than Watson, and frankly, has better pure stuff. Watson also has a strong track record of setup work in his career. Watson is losing his grip on the ninth inning.

ROCKIES: Greg Holland is the closer, Adam Ottavino is the setup man.

Everyone assumes Holland is the closer (he is listed as the closer on the team’s official depth chart). Here is what I know. (1) Holland didn’t throw a pitch last season. (2) Holland looked great in his first outing. In his second outing he looked terrible. Over 1.2 innings this spring he has one strikeout, two walks, two hits allowed and two runs permitted. (3) Adam Ottavino hasn’t been great this spring either, but he does have nine strikeouts in 6.2 innings while allowing three earned runs. (4) Ottavino had a 2.67 ERA, 0.93 WHIP and 35 strikeouts over 27 innings last season, borderline elite level work. I’d be very careful with just blindly assuming that it’s smooth sailing ahead for Holland.

HURLERS THIS AND THAT

The Reds are in big trouble. Their Opening Day starter will be Scott Feldman. Heaven help a team that has Feldman as their O.D. starter.

The Red Sox are saying that Drew Pomeranz is fine and that he will start Friday. Ain’t no way I’m buying that. Even if it’s true today, a day after he left a start with a biceps issue, you’re nuts if you’re counting on Pomeranz to stay healthy all year.

The Royals have decided to let Nathan Karns be their fifth starter. That means that Travis Wood and Chris Young will begin the year in the bullpen. No one should care about Young, but Wood did have some appeal if he were to have landed a rotation spot. Working out of the bullpen, Wood is only a viable addition at the moment in AL-only leagues.

I’m pretty bullish on Marcus Stroman. Here’s some audio talking about it.

Julio Urias will not make the Dodgers rotation out of camp according to manager Dave Roberts. Urias is missing time with the an illness, and he’s thrown just 5.2 innings this spring. Given all the concerns about how many innings he will be allowed to throw this year, this honestly shouldn’t change your opinion of Urias at all. He was never throwing 190-innings anyway. Just understand if you roster the talent that is Urias that questions about workload and usage will dog him, and you, all season long.