With the trade deadline in the rearview mirror, it’s time to look forward as we try to bolster our squads down the stretch. 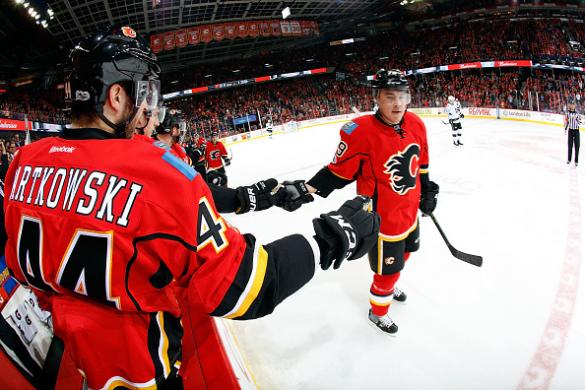 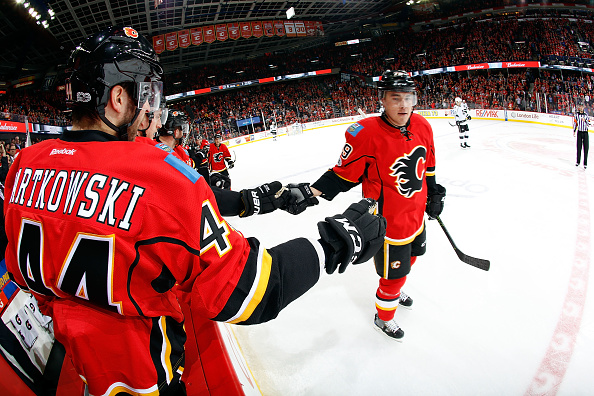 Nick Bonino produced a hat-trick last time out with six shots on goal. That’s a point in three straight for the veteran center who has produced two points with the man advantage. He’s only produced 12 goals and 28 points this season, so cool your heels if you think this recent run is going to continue.

Yanni Gourde was promoted to the second line with the Lightning to skate with Alex Killorn and Brayden Point. “We just got to get some guys going offensively. What we start with tonight might not be what we finish,” said HC Jon Cooper. Killorn hasn’t scored in 11 games, and he and Point have zero goals in four games. Enter Gourde who stands 5’9” and checks in at 172 lbs. He handed out a helper in his last game, his second point in six NHL games.

Calle Jarnrok has 84 points in 234 career games, pretty boring stuff. He only has 27 points in 67 games this season. Similarly boring stuff. However, things have gotten interesting of late. Over his last three outings he’s scored twice while dishing out two helpers. He’s also taken at least two shots in each of his last four games, and only once in his last five has his ice-time dipped below 19 minutes (18:05). The only part of his game that is missing right now is man advantage production.

Jannik Hansen was brought to the Sharks at the trade deadline and he’s been skating on a line with Joe Thornton and Joe Pavelski. Don’t know how you could end up in a spot that is much better than that. In his first game with the Sharks he dished out a helper, took a shot on net, blocked a shot and laid out five hits.

Jarome Iginla, the willy veteran, was acquired from the ‘Lanche in a trade on March 1st. He lit the lamp twice in his last game as he saw more than 20 minutes of ice-time He only has 10 markers this season, and is a terrible (-25) skater on the year (including -4 the last two games), so the potential upside seems pretty limited. It’s not 2006.

Reilly Smith hasn’t done much this season with just one goal since January 13th. However, he spent some time at practice Wednesday on a like with Jaromir Jagr and Aleksander Barkov as coach Tom Rowe wants to shake things up. If Smith sticks on the top line, well, you know.

The last two weeks Stephen Johns of the Stars has been on his game. Oh it’s only one point and a (-1) rating, but if you’re in a deeper league he’s a passable depth option on the back end was he’s taken 17 shots on net with 20 blocked shots and 24 hits dished out.

Jack Johnson has one goal, his only point, the last seven games. Same time, he’s been a +9 skater and that’s likely a category you can still make a move in.

Josh Manson has been on fire his last two outings with six shots on net, four blocked shots and 12 hits dished out. He’s been extremely active physically of late with at least four hits in 5-of-6 outings.

Jimmy Howard, who has been in a game since December 20th because of a knee injury, has been activated with Jared Coreau being sent back to the minors. Howard posted some impressive numbers his first 17 outings (1.96 GAA, .934 save percentage) despite a losing record. Petr Mrazek has an 0-2-1 record with a 3.45 GAA in March and seems vulnerable to losing some playing time.

Roberto Luongo is likely to be out another week or two with a lower body injury. James Reimer should see most the work, but Reto Berra was brought into the Panthers last game after Reimer struggled. Reto stopped all eight shots he faced, his first of the 2017 calendar year, so there’s a chance he gets a start or two, but he’s not running with the job, and truthfully, isn’t a very good add. Sorry. LOL

J. Eichel - F
BUF
Jack Eichel is thrilled that Buffalo brought in some experience during the offseason.
“We added Eric Staal. Obviously, he’s won a Cup, he’s been around the league for a while. A guy like Cody Eakin, a guy like Hallsy," Eichel told hockey podcast 'Missin' Curfew recently. "These are guys, established guys in the league that are older, veteran guys. I think they bring a lot on the ice. Taylor Hall, MVP a few years ago. He’s going to bring a lot to the game, but I think they bring a lot to the locker room and just overall the culture of your group. … It’s so hard to win when you’re young. … I think it’s so important to have that veteran presence in the room and on the ice, so I think it was good for us to add that this offseason. We’ll see what happens." Eichel is projected to play with Hall, which should give him a boost and take some pressure off him. The 24-year-old center racked up 36 goals and 78 points in 68 games last season.
Added 6:55 pm (EST)
Added 6:55 pm (EST)

Z. Chara - D
BOS
Zdeno Chara is still deciding on his future, according to Bruins GM Don Sweeney.
Agent Matt Keator said that Chara was waiting for the NHL to decide on a format for the 2020-21 season and the uncertainty of "the landscape of the league" has to be determined before a decision is made. Sweeney said on Monday that they have a deadline to get something done, but didn't reveal what it is.
Added 6:50 pm (EST)
Added 6:50 pm (EST)

M. Dumba - D
MIN
Minnesota GM Bill Guerin reiterated Monday that Matt Dumba isn't being shopped as a trade option.
"I'm prepared to start the season with him, and we really like that," Guerin said. "He's a good young player. He's got good energy. I love his competitiveness. Our defensive corps, I'll out them up against anybody's." Dumba has three seasons left on a five-year, $30 million contract. If he's still on the roster going into the expansion draft then Minnesota could decide to protect four defensemen. Dumba had six goals, 24 points, 88 blocks and 98 hits in 69 games last season.
Added 5:26 pm (EST)
Added 5:26 pm (EST)