Ray gives updates on Brantley, Duffy, Lawrie, Skaggs and Justin Turner. Then there are the issues of the poor outings of arms such as Glasnow and Hill, 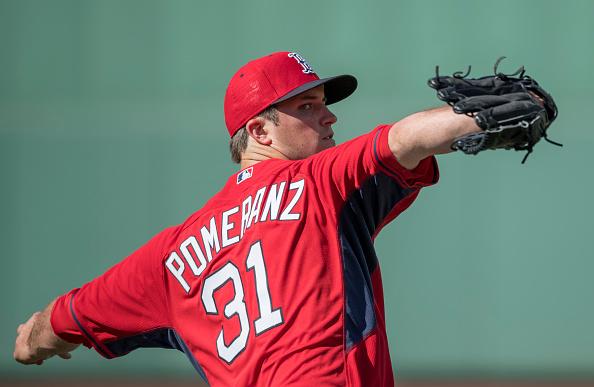 Howard Bender breaks down the latest ADP trends with the Mock Draft Army in this article.

Michael Brantley should play in a simulated game Wednesday. Coming back from a lost season because of his wonky shoulder, Brantley is getting close to actually return to the field for an official game. Finally. Keep an eye on how he looks. Cautious optimism is all I can offer at this point.

Sounds like Matt Duffy may not be able to play come Game 1 and that he might start the year on the DL. Sounds like the team is playing it safe with him and there really isn’t a long-term issue as he works his way back from a heel issue. That said, he’s just not right yet, so being ready for the first game seems unlikely. His injury could mean some early work at shortstop for Tim Beckham or Willie Adames I would think.

Tyler Glasnow had that great outing where all he did was throw strikes getting folks excited. I then wrote this after the outing in Early Spring Notes. “I’ve already started to hear from my followers that Glasnow is on the rise for 2017. Folks, I really hope that you were kidding. Two innings of work is going to erase five years of control struggles? Really? I’m heartened by reports that his changeup looked good, he picked up a new grip from Tony Watson, but please, I implore you, not to get ahead of yourself with Glasnow.” Wednesday he lasted 2.1 innings while allowing five hits, four walks and six runs with only one strikeout. So goes it with the uber talented, always trying to find the strike zone righty.

Another arm that was a mess Wednesday was Rich Hill. He walked four batters while recording just five outs. That’s two starts and two outings where he failed to complete two innings.

We’ve got a video series you might want to check out from an actual doctor, not one of us playing one cause we stayed at a Holiday Inn last night. Here’s the latest video on rotator cuff injuries.

Brett Lawrie is still dealing with that lower body issue of his, and until he feels better physically he’s going to avoid signing with a new club. At least that’s the spin we’re hearing.

One of our guys, Jonathan Impeba, breaks down Mike Napoli in Deep Sleeper.

Angel Pagan has only received minor league offers to this point. Obviously, that’s not what he was hoping for after hitting .277 with 12 homers and 15 steals last season for the Giants. If he performs well in the WBC perhaps that will change.

Drew Pomeranz threw 35 pitches in batting practice Wednesday, two less than Steven Wright. Both reportedly threw well and felt fine. Both are hoping to get into game action next week, and with the recent setback of David Price (eblow) their health seems paramount to the Red Sox chances of early season success. Speaking of Price, he will attempt to throw on Friday or Saturday as he continues to feel better. That throwing session will likely be huge, but after talking to Steve Phillips Tuesday (we do a shot 7 PM EDT on SiriusXM Fantasy Sports Radio Tuesday’s), I’m even more concerned with Price than I was last week when this injury occurred.

Tyler Skaggs will have his next start moved back with shoulder weakness. “He’s fine,” manager Mike Scioscia said of Skaggs, “but we’re just trying to stay ahead of some stuff.” #DontBelieveIt  Skaggs missed all of 2015 with Tommy John surgery. Last year he made just 10 starts as he constantly was hurt. Check out the crazy list of injuries in his Player Profile from last year.

Bubba Starling will never live up to his draft hype – fifth overall in 2011 – and he might not even become a big league regular. So why am I writing about him? Well, he’s on his way to get LASIK surgery to help his eyesight. The reason I note this is --- why on earth was this procedure scheduled for now? Why wasn’t it during the offseason so he could rest, recovery and get a handle on his new eyesight? Sometimes I just don’t get it.

Justin Tuner had an injection on his knee a week ago. Sounds like he just had another one today. The team says that it’s maintenance stuff, but I’m not buying it. You don’t have multiple injections in your knee in a week cause it’s feeling good, even though the Dodgers are saying that he could return to game action later this week. He’s slowly dropping in the rankings.

I had a long conversation today on Reddit for SiriusXM Fantasy Sports Radio. If you can get past the 1997 look, maybe you can find some value in the transcript.

Have you seen the movie Bullitt starting Steve McQueen and a 1968 Ford Mustang GT? It seems like one of the cars used in the movie has been found in a scrapyard in Baja California. The movie includes one of the best car chases in film history.