Michael Pineda owns great skills, even if the results never seem to match up with what most of the numbers and your eyeballs seem to suggest. 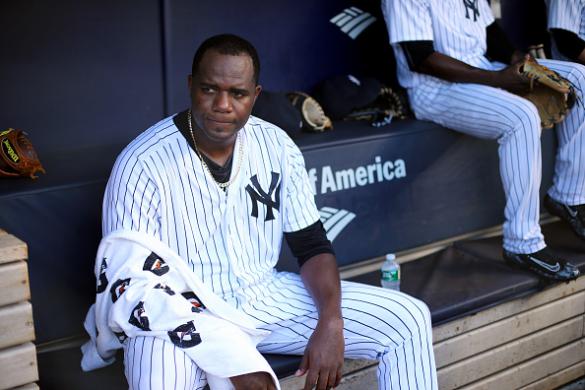 Prior to the 2011 season Pineda was listed as the 16th best prospect in baseball according to Baseball America and 24th at Baseball Prospectus.

Pineda missed the entire 2012 season after having surgery to repair his shoulder (anterior labral tear).

Missed a good deal of the 2013 as he was still working his way back from shoulder surgery.

Every year I write about a breakout pitcher with two of the last three seasons resulting in folks getting massive draft day bargains in Corey Kluber and Kyle Hendricks. I was this close, and I mean really close, to naming Pineda as that guy this season. Working against him was the fact that (A) he 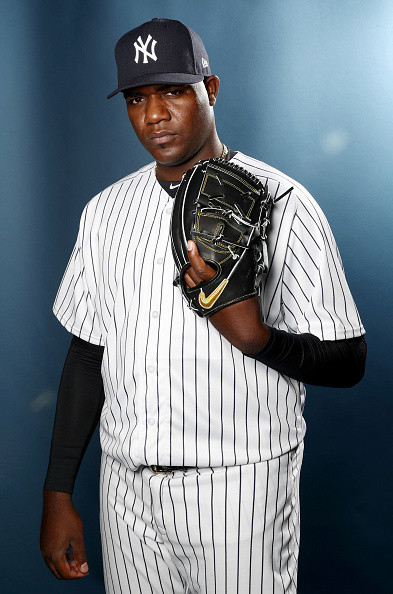 struck out 207 batters last season kinda already breaking out and (B) the fact that he’s been on breakout lists for years so it would be kinda cheating to call him a breakout option this season. Let’s break down the skills and see if we can figure out why Pineda can’t seem to put it all together.

This is one of the oddest Player Profile reports you will read all year.

1 – Pineda doesn’t have a third pitch he can trust. PITCHf/x has Pineda throwing his fastball 58 percent of the time (46 percent 2-seam, two percent 4-seam and 10 percent the cutter) and his slider 36 percent of the time. That’s 94 percent of his pitches with the change up coming in at just six percent. We will talk about his two elite level pitches in a moment, but it’s hard to consistently dominate as a starter with only two pitches.

2 – Second, the results really start to lag behind the third time he goes through the order. Here are his numbers as a starting pitcher.

3 – He gives up a whole lotta homers.

4 – The results never match the skills.

The ERA is consistently much higher than his skills suggest, much.

Pineda has a 12.6 swinging strike rate for his career. The mark last season was 14.1 percent. That mark was the fourth best in baseball in 2016.

Pineda has a strong 2.10 BB/9 rate for his career. The mark was a career worst 2.72 last season, but that level is still a very stable mark given that the league average was 3.14 last season. 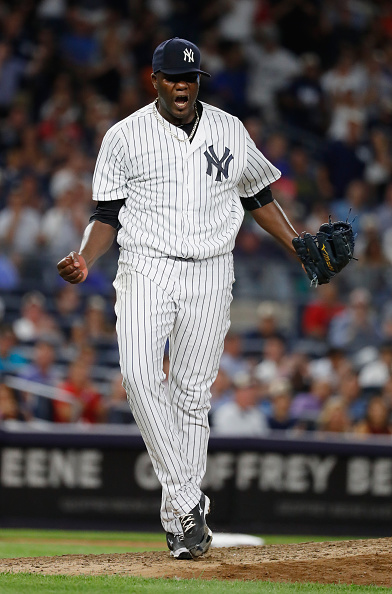 Pineda owns a 43 percent ground ball rate for his career, a solid number. The number has been even better the last two seasons at 48.2 and 45.8 percent.

Those grounders leave Pineda with a GB/FB rate the last two seasons of 1.50. Amongst pitchers who have thrown at least 300-innings the past two seasons that’s the 27th best mark in baseball.

Pineda’s two pitch combo of fastball/slider is about as good as any starting pitcher in baseball. According to Pitch Values, based on Pitch Type Linear Weights, Pineda had the 7th most effective slider in baseball last season. It’s a flat out dominating pitch as his career slash line on it indicates (.196/.234/.333).

So, the question is, with all the good that Pineda brings to the party, why can’t he ever get the results we’re hoping for?

Let’s go back to the slider.

It’s a great pitch when an at-bat ends on the pitch, but the fact is that he only threw it for strikes last season 32.8 percent of the time. That was the 11th fewest pitches in the strike zone on a breaking pitch, by percentage, for an ERA qualifier in 2016. Fact is the slider was only useful when he was ahead in the count because it’s never really in the strike zone. The result is that batters just sit on the fastball knowing that if throws the slider early in the count that it won’t go over the plate. Here is how Pineda faired last season based on the count. Look at the movement based on count (listed by OPS).

How insane are those numbers? When Pineda gets ahead in the count batters are in a tough spot. When he gets two strikes on them they are, to put it mildly, hosed as he can then drop in his slider on them which they have little chance to hit.

Pineda will obviously take the ball every five games for the Yankees.

As of this writing, here is Pineda’s ADP data.

Pineda has plus velocity leading to a lot of strikeouts. He has one of the best sliders in baseball. He gets a good deal of grounders, and doesn’t walk many. Though his HR/FB mark has been elevated the last two years the odds are very good that the number of the last two seasons will regress. It’s all there for Pineda to be a fantasy monster. Alas, it just hasn’t happened. Some guys always exceed expectations. It seems like Pineda is one of the rare arms that always fails to meet expectations. He should be better than he is, and that’s the problem. He just isn’t.

10-Team Mixed: The strikeouts are legit. However, the ERA rarely cooperates, and he’s never been able to reach 180-innings in a season either. Toss in the ineffectiveness in the final results and he’s pretty much the last SP on a staff in this format.

12-Team Mixed: He’s a 5/6 starting pitcher in this setup. He’s likely not to have much “push” in the fantasy game, there are certainly folks that will never draft him after being burned, so it’s unlikely he will be taken well ahead of his ADP which does offer enough room with him to hope the return on your investment finally comes.

15-Team Mixed: The strikeouts are legit. The stuff is impressive. Still lacks that third pitch, is homer prone... oh well, you know the story by now.

AL-Only League: If the cost is at the ADP level you can invest, though there is certain ERA risk, as well as health concerns, that should give you pause before you aggressively bid on his services.

Y. Puig - RF
ATL
Yasiel Puig is now being represented by agent Rachel Luba of Luba Sports.
Luba also reps Trevor Bauer, the top starting pitcher on the open market this winter. Puig had been with Dan Horwits and Cesar Suare of the Beverly Hills Sports Council but apparently cut ties after failing to latch on with a team during the 2020 campaign. He had an agreement in place with the Braves in July, but it was scrapped after he tested positive for COVID-19. The 29-year-old free agent outfielder registered a .785 OPS with 24 home runs and 19 stolen bases in 149 games (611 plate appearances) between the Reds and Indians in 2019.
Added 8:25 pm (EST)
Added 8:25 pm (EST)

C. Morton - SP
TB1
Mark Bowman of MLB.com writes that the Braves have "continued to show strong interest" in free agent starter Charlie Morton.
Atlanta inked lefty Drew Smyly to a one-year, $11 million deal last week, but the club is apparently not done searching for starting pitching help. Morton, 37, posted a disappointing 4.74 ERA and 1.395 WHIP in 38 regular-season innings (nine starts) this past summer with the Rays, though he did perform well in the playoffs as Tampa Bay marched all the way to the World Series. MLB.com's Mark Feinsand reported earlier this month that the veteran right-hander was drawing "some level of interest" from "at least" 8-10 teams.
Added 7:02 pm (EST)
Added 7:02 pm (EST)

E. Thames - 1B
WSH
According to Jon Morosi of MLB.com, free agent Eric Thames is drawing interest from MLB, NPB, and KBO teams.
Thames struggled to a .203/.300/.317 batting line in 41 games this past season with the Nationals, who then declined his $4 million option for 2021 late last month. But the 34-year-old slugger should do pretty well for himself this winter given all the avenues he's open to for possible offers. Thames spent the 2014-2016 seasons in the Korea Baseball Organization (KBO) before joining the Brewers ahead of the 2017 campaign.
Added 6:42 pm (EST)
Added 6:42 pm (EST)

B. Snell - SP
TB1
MLB.com's Mark Feinsand reports that the Rays "have told other clubs that they’re open to the idea of trading Blake Snell" this offseason.
Feinsand's source notes that the reigning American League champions are "not actively shopping Snell" but will listen to offers in a quest to cut costs following MLB's abbreviated 2020 campaign. Snell, who turns 28 years old in early December, is owed $10.5 million in 2021, $12.5 million in 2022, and $16 million in 2023 as part of a five-year, $50 million contract extension he signed with Tampa Bay in the spring of 2019. The left-hander registered a 3.24 ERA and 63/18 K/BB ratio in 50 regular-season innings (11 starts) this summer before working to a 3.03 ERA with 37 strikeouts over 29 2/3 innings (six starts) in the playoffs.
Added 6:32 pm (EST)
Added 6:32 pm (EST)