David Price injured his arm. Here's an update. What about the health of Donaldson, AGone, Pujols, Posey and more? Ray also tries to understand the Nationals plans, or lack thereof. 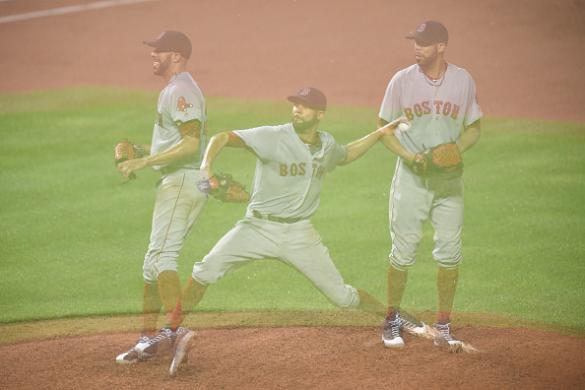 Andrew Cashner has been shut down with biceps tendinitis.  "It's kind of a normal thing for a lot of pitchers," manager Jeff Banister said. "It's happened early enough that we will still have time to get him ready if everything checks out okay." Uh huh. Don’t buy any of this nonsense. Cashner can’t stay healthy. He has one season of 135 innings. Move on.

Anthony DeSclafani got good news as he was cleared to return to throwing after being scratched from his last outing with some elbow soreness. Big fan of the skills here, but the constant health concerns weigh down his outlook.

Josh Donaldson has progressed to fielding grounders as he works his way back from a calf issue. He’s also back to taking hacks.

Adrian Gonzalez has tennis elbow. He’s taking dry swings Thursday. He should be fine for Opening Day if he does indeed have tennis elbow (I wrote about this injury in this Ray’s Ramblings piece). Cody Bellinger’s star is starting to slowly rise.

Nate Jones took a ball off his knee the other day, but it sounds like no big deal. Jones says he still plans to pitch for the United States in the WBC. There’s still a chance that David Robertson is dealt making Jones a must add before you walk away from the draft table.

Buster Posey is missing time with a neck issue. No one seems concerned. The only issue at the moment is if he will be ready to participate in the WBC since he has only four spring at-bats to this point.

David Price has an elbow that is barking and he’s had an MRI. Anecdotally, Pete Abraham reported the following. (1) “Pre-2nd opinion, my understanding is that David Price is optimistic he does not have a serious injury. Red Sox being ultra-cautious.” (2) “Price is not despondent from what I’ve been able to learn. Obviously all concerned waiting to see what Andrews (or ElAttrache) says.” (3) “Farrell says MRI was inconclusive and that Price improved from Wed. to today. As reported earlier, he's optimistic it's not serious.” (4) “David Price headed to Indy tonight and will see Andrews and ElAttrache tomorrow afternoon. He should run the 40 while he’s there.” We are all waiting to hear the outlook of one of the best lefties in baseball.

Albert Pujols is closing in on a return to making his spring debut. I’ve said it all along, Pujols will play Opening Day. Book it.

Charlie Tilson can run really fast, and he has his eyes on grabbing the starting gig in center field for the White Sox. Alas, he’s still recovering from a stress reaction in his right foot and still hasn’t been cleared to start running.

Devon Travis (knee) is taking BP and doing fielding drills. There’s no set time for his debut this spring, but after undergoing surgery in November the belief is that he will be fine for Opening Day. Through 163 games Travis has done his best Jason Kipnis impersonation with a .310-19-85-92-7 line. He could be a breakout star IF he can stay healthy, something I’m not quite sure he can do just yet.

Contact Rates Matter. Let me lay out the case for you.

Does it really matter what spot a starting pitcher holds? In Do Rotation Spots Matter, I lay out the data that they really don’t.

In Skills Over Performance I try to explain why focusing solely on the results actually misses the bigger, and more important, point.

Zach Davies is a pitcher who is being undervalued in 2017 (see his Player Profile).

Everyone is excited about Mitch Haniger because of his numbers last season and his hot start in spring. See his Player Profile.

Does Austin Meadows have a shot at success in 2017? See his Player Profile.

Aaron Nola is my prediction for breakout pitcher of the year (see his Player Profile).

First it was questions about their closer.

Then it was the batting order. Their still trying to figure this one out.

Now it sounds like the Nationals, after signing Matt Wieters, might just release Derek Norris. They cannot trade Norris at his current $4 million salary apparently, so they might just release him. If they do let him go before March 15th, since the deal is non-guaranteed, it means they will let him go and pay just a sixth of his salary.

For such a good team, with such high hopes, there appears to be a lot of uncertainty going on in the Nation’s Capital.