Ray’s Ramblings: Top Of the Order

The Twins might go with Buxton at the top, but the Nationals still aren't sure what they are doing. Ray touches on Brinson, McCullers, Davies, Moncada, Wright and needed info for draft day. 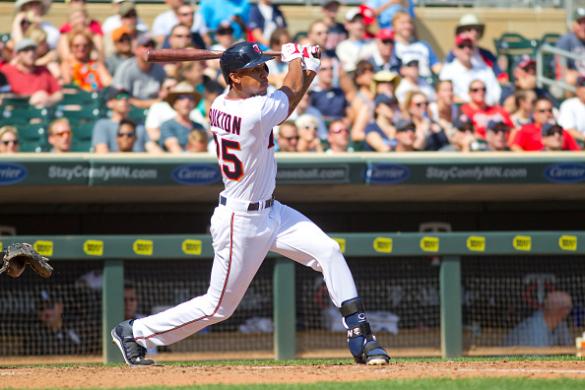 TOP OF THE ORDER

Byron Buxton killed it last September with a .287/.357/653 slash line with nine homers, 24 RBI and 22 runs scored in 29 games. That’s off the charts elite stuff from an off the charts elite talent. Buxton, a top-3 prospect according to everyone in the universe the last couple of years, finally reached his potential last September leaving many more than willing to speculate that a full on breakout is possible in 2017. Add some fuel to the fire kids as a report suggests that Buxton could bat leadoff this season. “I’m not going to try to really get crazy about it,” manager Paul Molitor said. “I’m kind of waiting to see how things unfold here. “How Buxton comes along, how that’s going to affect Brian Dozier in some regard, there’s just a trickle-down there in where people could go.” I love the talent. The strikeouts and contact rate are still issues, but Buxton drips with talent.

The Nationals though... oh boy. It sounds like Dusty Baker still is not sold on the top of his batting order this season. It seems like Baker wants to use Treat Turner in the leadoff spot, but he’s very hesitant to use Adam Eaton in the second spot. The reason being that Baker doesn’t like the idea of his 2-3-4 hitters all being left-handed (Eaton, Daniel Murphy and Bryce Harper). “You want balance throughout the lineup, so that’s what I’m trying to achieve,” Baker said. “Do I bat two or three left-handers in a row and let the manager wipe out my whole lineup with a couple lefties during the course of a game?” Makes sense in theory. Alas, the data doesn’t necessarily suggest that the theory is correct. In 2016 Murphy hit .329 with a .924 OPS against lefties while Eaton hit .284 with a .369 OBP against lefties. Never let the data get in the way of a position Dusty (he never has). Harper did have a mere .764 OPS against lefties, so at least Baker has something to fall back on there. Still, it seems insane to me that the Nationals would send Lucas Giolito, Reynaldo Lopez and Dane Dunning to the White Sox to bring back a 6th hitter.

Lewis Brinson is off to a hell of a start as he tries to convince the Brewers that he deserves a spot on the Opening Day roster. More likely than not the 22 year old outfielder will begin the year in Triple-A, but he’s set to make the decision a difficult one. Last Friday he hit two homers, and Monday he went 3-for-3 against the Rangers while flashing his trademark athleticism.

Lance McCullers threw 35 pitches in batting practice Monday. He is ready to throw a simulated game in the coming days. If that goes as expected he should be able to throw in an actual game next week. Still not sold that he’s going to begin the year in the starting rotation with the Astros. See his Player Profile.

Moreover, here is a link to the Player Profile Series.

David Wright will not throw for a couple of weeks as he’s now experiencing shoulder impingement. Any real hope of a comeback this season for Wright just took a massive body blow.

Howard Bender and I drafted mixed league squads over the weekend. To review the event, we both decided to tear down each other’s teams in The Barf League Review.

How do you handle the catcher position in 2017?

The Closer Grid has been updated as spring games begin.

Zach Davies is a name to remember late in drafts.

Have you picked up your copy of the Draft Book? It’s the only tool you will need to take with you on draft day to dominate your draft.

The Mock Draft Army, run by Mr. Bender, shared it’s more recent Trend Report on how drafts are playing out. Yes, I just spoke of the MDA as if it was a person.

Sample sizes matter. In Sample Sizes & What They Mean, I list the size of said sample size that is required to get a better handle on the “realness” or “fakeness” of a player’s performance.

Is Pablo Sandoval worth a look on draft day?

Here’s a link to my Trevor Story Player Profile. Here we go again... 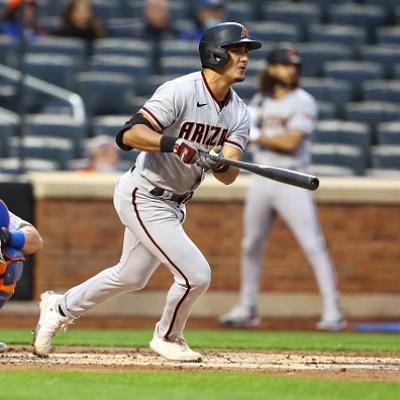 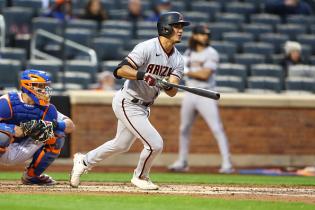 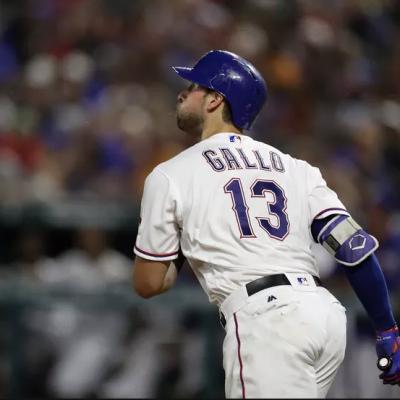 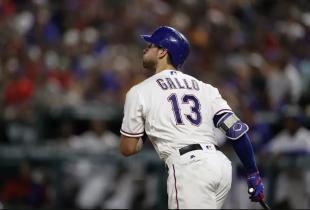 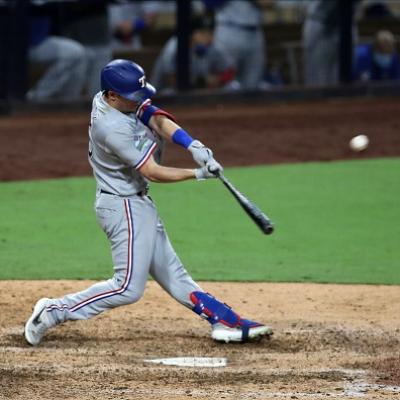 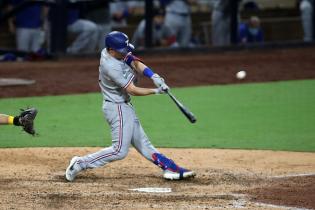 M. Fried - SP
ATL1
Braves manager Brian Snitker said Sunday that he's not ready to announce who will start on Tuesday.
Snitker also said that Max Fried -- who was lined up to start Tuesday -- would be pushed back to Wednesday with Charlie Morton moving to Thursday. That would mean that Drew Smyly won't go until the weekend against the Brewers. The two most likely candidates to start for the Braves on Tuesday are Bryse Wilson and Kyle Wright.
Added Yesterday 10:16 pm (EST)
Added Yesterday 10:16 pm (EST)

A. Nola - SP
PHI1
Aaron Nola was hit hard in a losing effort against the Braves on Sunday night, giving up five runs on five hits over his four innings of work.
The right-hander walked one and struck out four on the evening. Most of the damage done against him came in the opening inning, where Freddie Freeman and Ozzie Albies delivered run-scoring hits and Dansby Swanson swatted a two-run homer. The Braves added their fifth run in the third inning on a solo blast by Freddie Freeman. Nola generated just eight whiffs on the night while posting an underwhelming CSW rate of 29 percent. Even with this rough outing though, he'll carry a solid 3.59 ERA and 1.03 WHIP into Saturday's start against the Blue Jays in Dunedin.
Added Yesterday 9:54 pm (EST)
Added Yesterday 9:54 pm (EST)

F. Freeman - 1B
ATL1
Freddie Freeman went 3-for-3 and clobbered his ninth home run of the season as the Braves topped the Phillies on Mother's Day.
Freeman got the Braves on the board in the first inning with an RBI single off of Aaron Nola and later came around to score on a triple by Ozzie Albies. He then crushed victimized Nola with a solo blast in the third inning to extend the Braves lead to 5-1. Freeman also drew a walk in the ballgame, reaching base safely in each of his four plate appearances. With the three-hit attack, he's now slashing .217/.352/.467 with nine long balls, 21 RBI and one stolen base on the season.
Added Yesterday 9:54 pm (EST)
Added Yesterday 9:54 pm (EST)

D. Swanson - SS
ATL1
Dansby Swanson blasted a two-run homer, powering the Braves to a 6-1 victory over the Phillies on Sunday night.
Swanson victimized Phillies' right-hander Aaron Nola for his two-run blast in the first inning -- capping off a four-run uprising that basically put the game away. He also singled in the contest, finishing the night 2-for-3. Swanson now has six multi-hit games in his last 12 -- raising his average from .173 to .226 in the process. For the season, he's now slashing .226/.299/.387 with four homers, 10 RBI and one stolen base (in three attempts).
Added Yesterday 9:54 pm (EST)
Added Yesterday 9:54 pm (EST)

O. Albies - 2B
ATL1
Ozzie Albies had an RBI triple and scored a pair of runs on Sunday, helping to lead the Braves to victory over the Phillies.
Albies delivered an RBI triple off of Aaron Nola as part of a four-run uprising in the first inning, then came home on Dansby Swanson's two-run homer. He then reached on a fielder's choice in the eighth and scored on an Austin Riley RBI double. With the 1-for-4 effort, Albies is now hitting .229/.311/.475 with five homers, 15 RBI and one stolen base through his first 32 games of the 2021 season.
Added Yesterday 9:54 pm (EST)
Added Yesterday 9:54 pm (EST)

H. Ynoa - SP
ATL
Huascar Ynoa delivered another dominant performance in Sunday night's victory over the Phillies, allowing just one run on four hits across six frames.
The right-hander racked up six strikeouts on the evening while issuing only one free pass. The only blemish on his night came on a leadoff homer by Andrew McCutchen on the first pitch that he threw. After that, he was outstanding. Ynoa generated 10 whiffs on the night (nine on his slider) and posted a CSW rate of 30%. He's now 4-1 on the season with a stellar 2.23 ERA, 0.89 WHIP and 44/9 K/BB ratio across 40 1/3 innings. He'll look to extend that dominance when he does battle against the Brewers in Milwaukee on Saturday.
Added Yesterday 9:54 pm (EST)
Added Yesterday 9:54 pm (EST)

A. McCutchen - LF
PHI1
Andrew McCutchen crushed a leadoff home run off of Huascar Ynoa on Sunday night, but that would be the Phillies lone tally in a loss to the Braves.
McCutchen attacked the first pitch that he saw from Huascar Ynoa, giving the Phillies an early advantage, but it would be extremely short-lived. He finished the night 1-for-3 plus a walk. The 34-year-old outfielder has now blasted four home runs in his last eight contests, though he's still hitting a disappointing .227/.338/.400 with five homers, 15 RBI and two stolen bases on the season.
Added Yesterday 9:54 pm (EST)
Added Yesterday 9:54 pm (EST)

J. Heyward - RF
CHI
Cubs manager David Ross indicated Sunday that Jason Heyward was lifted for a pinch hitter in the ninth inning due to a right hand issue.
It's unclear what the issue is, but it sounds like something Heyward has been dealing with for a while, as he noted the issue flared during the game -- rather than suffering a new injury. Ross noted that the veteran outfielder is being checked out by the team's medical staff. It doesn't sound like anything that's going to cause Heyward to miss significant time, but the Cubs don't play until Tuesday so there may no be actionable lineup news until then -- after weekly lineups have already locked.
Added Yesterday 9:02 pm (EST)
Added Yesterday 9:02 pm (EST)