Ray Flowers breaks down why he, and Howard Bender, are such fans of the Athletics’ Marcus Semien. 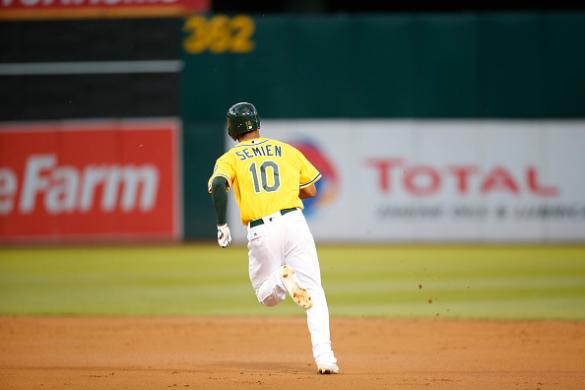 Semien was ranked as the 91st best prospect in baseball heading into the 2014 season according to Baseball America. 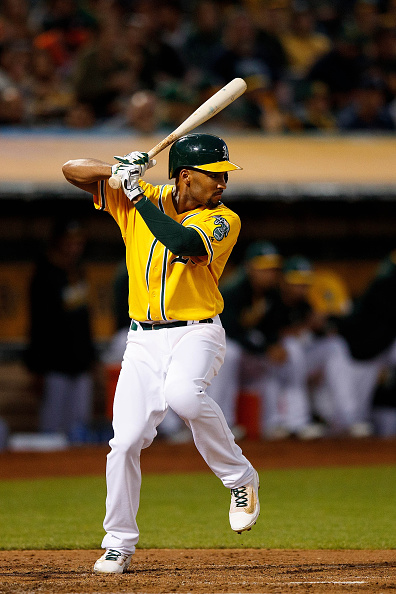 You look at Semien and you don’t see any batting average help and moderate stolen base marks. That said, I’m here to tell you that, as Howard Bender and I have been saying, there’s more to like with Semien than most folks seem to realize.

Semien has a .246 career batting average. He’s hit .246 one of three seasons. The major league average last season was .255. Are there reasons to expect that Semien will improve on those numbers this season?

The result is a 0.32 BB/K ratio for his career. He’s never once reached the 0.40 league average from last season.

Semien has a 28.2 hard hit rate for his career. The league average last season was 31.4 percent

Semien has hit .229 against righties in his career. The mark was .230 the last two season.

Semien hasn’t stolen more than 11 bases in a big-league season. At the same time he’s stolen 11 and 10 bases the last two seasons. He’s certainly athletic enough for that trend to go into a third season in 2017. Question for you. Do you know how many shortstops stole 10 bases each of the last two seasons? The answer is just seven men: Elvis Andrus, Xander Bogaerts, Carlos Correa, Alcides Escobar, Freddy Galvis, Francisco Lindor and Semien.

So why the fandom for Semien? Let’s get to it.

Semien has seen his homer total improve each season from 2-to-6-to-15-to-27. The only shortstops that hit 27 homers last season were Manny Machado, Brad Miller, Trevor Story and Semien. It’s a pretty small list. The question is – is Semien going to be able to maintain that pace?

Semien went from 15 to 27 homers despite gaining only 20 plate appearances, so it wasn’t about a workload increase.

Semien had his fly ball rate go from 39 percent to 43 percent. That’s not out of line with expectations, just some growth. Should be noted he also had a mark of 39 percent in 2014.

I’m not seeing anything crazy there at all.

So why the homer growth?

*For more on those categories see All About the Home Run. 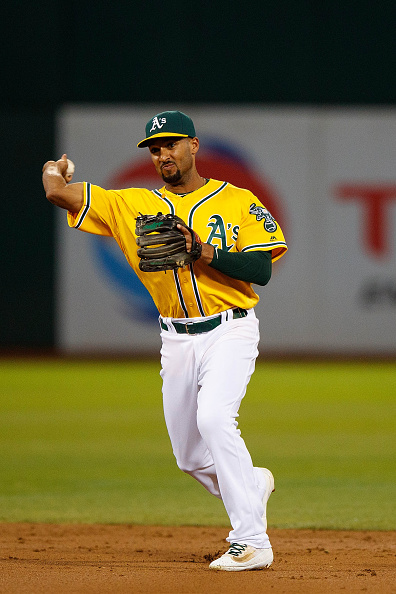 Semien averaged 395.6 mph on his home runs last season. Amongst players who had at least 18 homers he was ranked 98th out of 117 qualifiers.

None of that speaks to Semien being a guy that showed enough growth to be expected to hit 25+ homers again in 2017. Twenty is a nice goal for Semien to hope to attain in 2017.

Semien scored 72 times last season. That’s not a result of his spot in the batting order, more about that below, or his ability to get on base (.300 OBP last season and .302 for his career). Semien scored 72 times last season cause he knocked himself in 27 times and because he played in 159 games. He’s scored at least 65 runs each of the last two seasons thanks to all his time in the lineup. They aren’t huge numbers but there are only five shortstops who have scored 65 each of the last two years: Elvis Andrus, Xander Bogaerts, Asdrubal Cabrera, Brandon Crawford and Semien.

Let’s add it all up.

How many shortstops had 20 homers with 75 RBI, 70 runs scored and 10 steals last season? There were only three men in that group: Carlos Correa, Xander Bogaerts and Marcus Semien.

He will start, and play daily, for the Athletics at the shortstop position. Semien hit all over the order last season with at least 16 outings in the leadoff, second, 7th, 8th and 9th spots. It seems likely that he will once again take up a spot in the bottom third of the order where he made 105 appearances last season out of his 159 outings.

As of this writing, here is Semien ADP data.

Semien isn’t a standout player. He’s also overlooked by many folks in a great deal of drafts. It’s reasonable to expect him to be a top-half fantasy performer at shortstop, perhaps even higher. He has power and runs a bit. He plays daily which helps the counting categories. He’s not a batting average guy, and will likely seem some power pullback in 2017, but this is a great “fall back” option that certainly won’t hurt you as much as some folks seem to think in mixed leagues.

10-Team Mixed: He’s not a starter at shortstop here, but he wouldn’t be the worst middle infielder ever. More of a keep it stationary kind of play though.

12-Team Mixed: The counting category production is intriguing, if you’re able to roster guys like Miggy, Votto or Lindor early on. Semien’s cost puts in him into the 20’s in rounds in many drafts. At that cost, you should feel confident drafting Semien.

15-Team Mixed: A potential starter at shortstop, and a cheap one at that. The deeper the league, the less concerning a lower batting average is if that player can contribute in the other four categories.

AL-Only League: There just aren’t many folks who have the talent to go 20/10 while playing shortstop. Semien is in this select group.