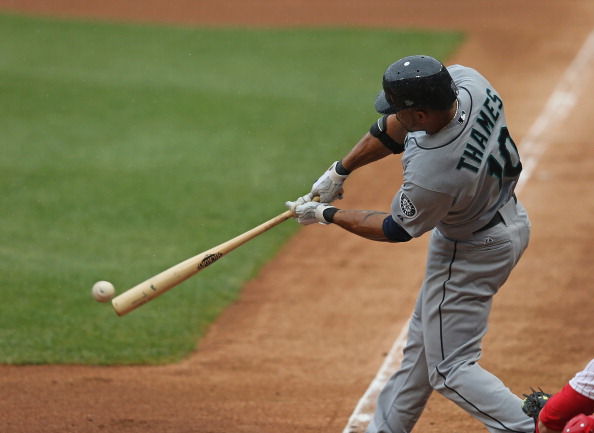 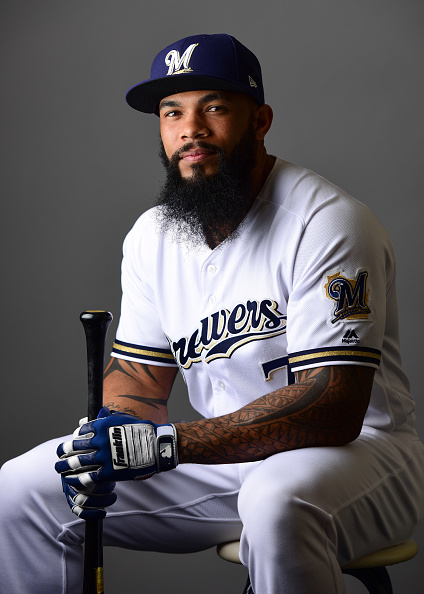 In late November Thames signed a 3-year deal worth more than $15 million dollars to play for the Brewers. "Last year, two years, three years ago, I had no idea what the future had in store for me and I'm very fortunate that David and the Brewers' organization looked at me with hope and believe in me and believe in my talent set."

Let me say this right off the top – no one knows what to expect with Thames.

Anyone that tells you they do know is mistaken.

It’s all about projection with Thames, and that’s the scary part. Since we’re not really even sure what the baseline is with the slugger, it’s exceedingly difficult to get a handle on what reasonable expectations are with Thames. How much of his power will carry over? Should he be looked at as a stolen base threat after a 40/40 season? Is he merely a product of inferior competition?

So the truth is that we’re all just guessing with Thames. No one really knows, though it is fair to point out that a good amount of sources out there are bullish. Let’s take a look.

Obviously, these sources are all similar, and all seem pretty aggressive to me. Do you know how many first basemen went .260-27-85-75-10 last year, the average of those four sources? The answer is none. Do you know how many outfielders went .260-27-85-75-10 last year? The answer is three: Mookie Betts, Mike Trout and Ryan Braun.

Are you comfortable with those projections for Thames? I’m certainly not.

A few other trusted sources and their projections.

*BP – weighted mean of their projections.

I can buy this line.

Can I buy that line? I can, though I’m not at all sold that it’s anything other than a 100 percent outcome for Thames. However, even if I do accept that effort, does it stand out in any appreciably way? Context.

Here are a couple of the closest comps to that 5x5 line last season.

Are you excited about either of those guys, I mean really excited? 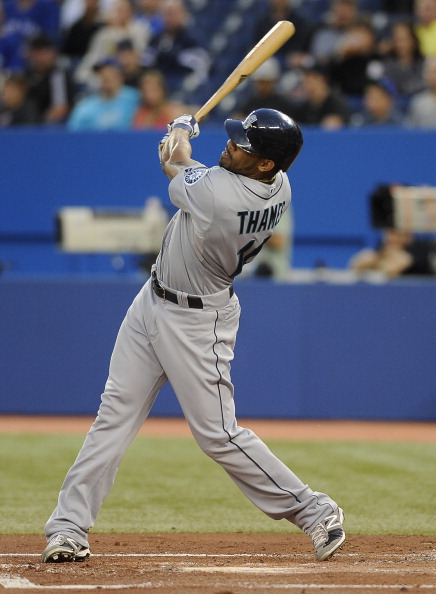 Here are the facts.

We have a small sample size of offensive players who have come over to the majors.

The parks are smaller, the umpires stink and the ball is different in Korea.

The overall quality of pitching is also much less impressive, not to mention that pitchers are taught that a walk is about the worst thing they can possibly do.

The players that have come to MLB have seen their production cave.

The four major players who have come over have seen their homer production drop by more than half.

We just aren’t sure how to translate production from the KBO to Major League Baseball.

Those are the facts.

Here is a list of players who have recently come to the big leagues from the KBO. The chart will include their last season in Korea and their first in the majors. It’s not a terribly inspiring list.

The first thing you should notice that all the guys saw massive power dips. All of them, without an exception. The track record, and I will certainly posit that it’s very limited, is strongly suggestive that Thames has little to no chance of being a power hitter remotely close to what he showed in the KBO. Simply put, power numbers do not translate well from the KBO to MLB.

Thames ain’t going to be a guy challenging for the league lead in the power departments. Hopefully you get that by now.

A brief scouting report on Thames.

Strong work ethic. Liked by teammates. Has settled in at first base but can play corner outfield in a pinch (he played the outfield coming up). Has more of a line drive/gap swing than the loft associated with power hitters. Crushed 90 mph heat in KBO but there are concerns if he can consistently handle 95 mph. "He's a first-ball fastball hacker, boy. He's trying to hit the ball hard. Sometime you see guys who are happy to make contact and put the ball in play.”

Thames will be the full-time first baseman with Chris Carter now with the Yankees.

As of this writing, here is Thames ADP data.

His position ranking is the outfield for NFBC, first base for the Mock Draft Army. Check your league to see if he qualifies at first base, the outfield, or both.

Thames was a nobody in North America. He went across the ocean, became a somebody (and more), and now returns triumphantly with superstar production in tow. I’m skeptical. The small data set we have with players coming the majors from the KBO is rife with letdowns. Thames himself ain’t a steals guy, his batting average will plummet, and it’s likely has a massive reduction in homer output. Thames is risky as all get out to me.

I listed the projections above, and the eight sources that were reviewed suggested that Thames is, at best, a corner infield option or a depth play in the outfield in mixed leagues. If that’s intriguing to you, go for it. However, if you aren’t thinking with your ‘I believe in unicorns’ brain you will understand why I’m just not bullish. As I say a lot, folks want to draft based on what could be while I prefer to draft on what is. You grab Thames, I’ll take Belt. You roster Thames, I’ll take Dexter Fowler. It’s possible that Thames is better than anyone thinks, but my read of the data suggests that unless you get Thames at a discount versus his current cost that it’s best to let someone else add him to their squad.