Kendrys Morales had 30 homers and 93 RBI last season and folks seem to be expecting the same, or more, from him now that he’s a Blue Jay. 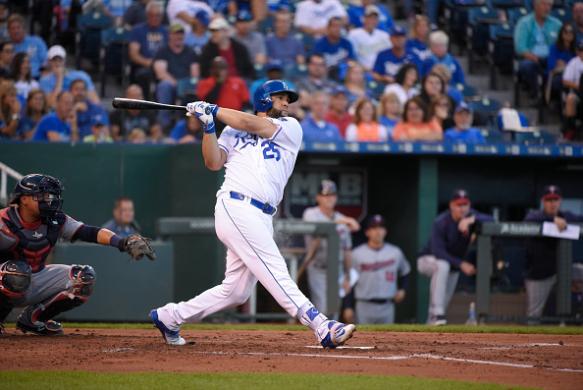 Morales didn’t play in the 2011 season after he hurt his knee on a homer celebration during the 2010 season. This video should be shown to every team that does the stupid celebration thing at home plate.

In 2014 he missed the first 2+ months of the season waiting for a contract offer that he deemed acceptable as he sat on the sidelines as a free agent. 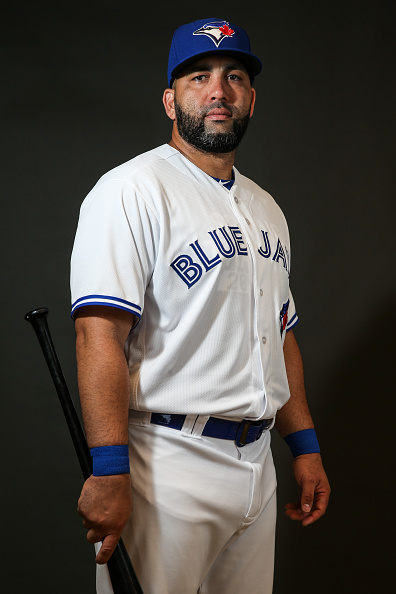 Speaking of that 162 game pace that was listed above... how many times has Morales hit all five numbers in one season? The answer is never. If you remove steals then the answer is just once in his more than decade long career. He’s been better overall the last two seasons, but still, the fact remains he’s only been there once time.

For his career Morales doesn’t strike out much, but he also doesn’t walk a ton. As a result, his career 0.41 BB/K rate is nearly identical to the league average of 0.40.

For his career, Morales has an 18.6 percent line drive rate. He’s been better the last two seasons at 20.4 and 20.1 percent. Still, none of those numbers match the league average the past three years (20.8 percent).

Morales has a .298 BABIP for his career, an exact match for the league average last season.

Morales has hit .278 against lefties in his career.

Morales has hit .271 against righties in his career.

Morales averages 25 homers per 162 games played. That’s a rather moderate number based upon how some folks seem to view Kendrys. However, as I touched on above, is Morales really a 25 homer bat? In a career that started in 2006, Morales has hit as many as 25 homers just twice. TWICE. He has hit 52 homers the last two seasons, an average of 26 a campaign, but again he’s hit the number 25 just two times.

Morales has a 15.5 percent HR/FB ratio for his career. Last season the mark was 19.0 percent. That was not only well above his career rate, it was also a 4-year high. In fact, the 2016 season the only one of the last four campaigns in which Morales recorded a mark to match his career rate.

Morales owns a 34.7 percent fly ball rate for his career. That’s a completely league average mark. Only once in the last six years has he posted a mark higher than 34.7 percent. He simply doesn’t hit many fly balls, so he is very dependent on that HR/FB ratio for the home run.

Let’s check out some Park Factor data. Here is a comparison of the 2016 numbers from his old park (Kauffman Stadium) and his new one (Rogers Centre). A mark of 1.00 is league average. If the mark is above that it’s better than average for a hitter. If it’s below, the stadium plays less for offense and more for pitching.

The two parks are the same in runs, hits, doubles and walks.

Kauffman dominated in triples (no impact on Morales).

Rogers does offer a substantial difference in homers, but realize that part of the number listed above was do to the big-time Jays power squad last season in addition to the ballpark itself. The park should help Morales, but how much?

Morales was 19th in baseball last season in homer distance at 409.6 feet (minimum 18 homers hits). That’s impressive. At the same time he hit 12 homers that were “Just Enough,” a mark bettered by just six men in baseball (for more on this type of homer see All About the Home Run).

On balance the move is a plus, but likely not as big as some people seem to be thinking. 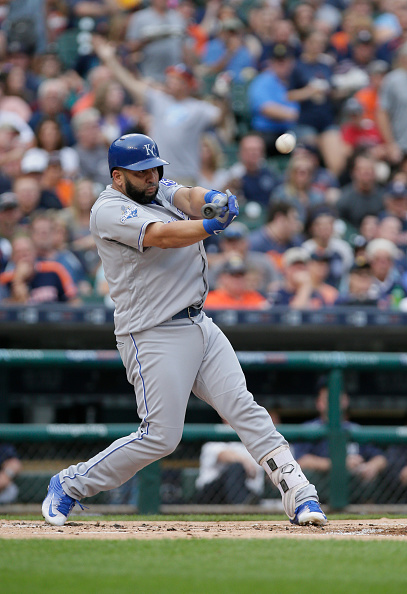 The RBIs are nice with Morales. The four seasons in which he’s appeared in 150-games Morales has averaged 96.8 runs batted in. The last two seasons Morales has driven in 199 runners. That’s the 12th best mark in baseball. He’s a strong run producer if he’s on the field. Period.

The number one key to run production, well there are three main factors: playing time, on-base skills, spot in the batting order.

Morales has appeared in 154 games the past two seasons and in 3-of-4 campaigns. Being the DH, more on that below, has its benefits.

Morales has a .331 career on-base percentage. The league average since 2006 is .321. If you consider Kendrys to be a first baseman then his .331 career mark is slightly below average as first basemen since 2006 have a mark of .338. Just once in five seasons has Morales posted a mark of .338. He’s not much more than a slightly better than league average performer at getting on base. Morales is also plodding on the basepaths. It’s why, despite his success and the power stroke, that he’s scored more than 65 runs just twice in his career.

Morales will hit in the middle of the Blue Jays order, certainly not a spot that would bring his runs scored outlook down.

Let me just be straight-up with Morales.

He should only be DH/UT eligible to start the 2017 season.

Folks, I don’t know what type of leagues you all play in, but the industry standard to qualify at a position is 20 games played. Some leagues seem to use five or ten games, but 20 is what we use if we want to be in a “real” fantasy setup. I don’t know why I have to argue about this daily with people.

As such Morales is only eligible at DH/UT this season. Here’s why.

He played first base nine times in 2015 and seven times in 2016. If you add the last two seasons together you still do not get to the 20-game threshold. Moreover, the plan in Toronto is for Morales to fill the DH role this season.

As of this writing, here are Morales’ ADP data.

Obviously, the rankings at the “position” are for the designated hitter spot.

A designated hitter who struggles to hit .275 or to hit 25 homers on a consistent basis, I’m just not getting why so many folks are all-in with Morales? If you draft the UT only Morales as a .270-25-85 guy I’m ok with that. However, folks are certainly expecting more than that, and again, he’s only designated hitter eligible which is yet another ding to his perceived value.

10-Team Mixed: I have no interest in a DH-only type in a league this shallow. Even if’s he’s first base eligible for you I still don’t think you should be interested.

12-Team Mixed: No speed, some health concerns, and the aforementioned other concerns leave Morales as nothing other than a late round option at corner infield. I’m still not personally drafting him, not at that ADP.

15-Team Mixed: A corner infield option that is stable, when healthy, even if the levels of production aren’t exciting.