Ray Flowers surveys the scene and points out a few hidden gems that you might be able to find on your leagues waiver-wire. 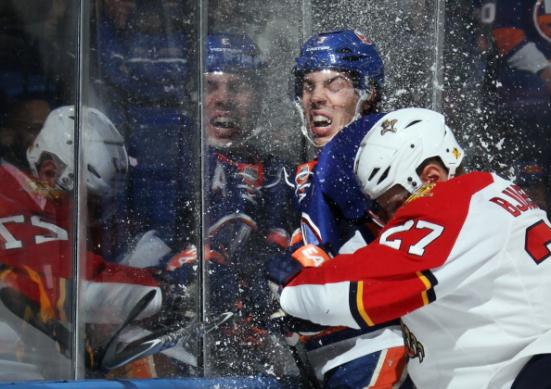 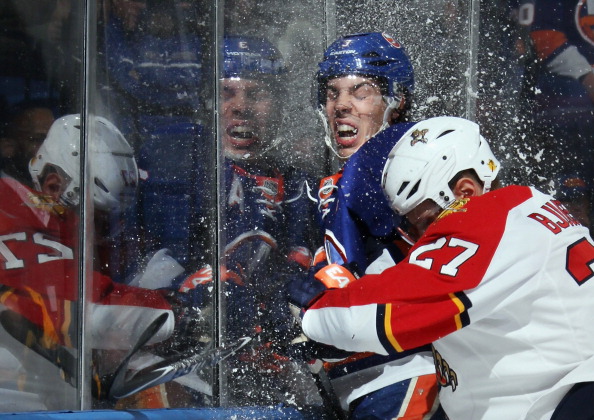 Nick Bjugstad is a Panther skater who has seen an uptick in production of late. He’s scored three times his last two outings and he has four points his last three outings. In four of five outings Nick has also fired three shots on net. He scored 24 times back in 2014, dropping to 15 last season, but his total of seven points in 27 games this season is well below the expected pace for the 2010 first round selection.

Martin Hanzal has morphed into Alex Ovechkin of late with four goals his last four games. Shockingly, Hanzal has scored those four goals while taking just five shots on net. Pretty sure that pace ain’t going to be held on to (his shooting percentage this season is up to .123, a mark he’s never posted before  since his career level is .092). Martin’s total of 14 goals in 47 games this season is higher than the 13 he scored in 64 games last season and putting him two behind his career best mark set back in 2010.

Dylan Larkin was recently promoted to the top line with the Red Wings. “I switched Anthony Mantha and Larks because I thought Larks had a little more compete in him (against St. Louis),” coach Jeff Blashill said. Larkin has only 12 goals and seven assists, with a (-18) rating this season, but skating on the top line with Henrik Zetterberg and Tomas Tatar certainly has his outlook heading up.

Elias Lindholm had two assists in his last outing, and over his last seven outings he’s failed to score a goal. So why note him here? Because he’s dishing out helpers like Girl Scouts handing out candy at the supermarket. Over seven outings Elias has eight assists with three of the helpers coming on the power-play.

Mikko Rantanen has three goals and three assists his last seven games. Three of those points have come with the man advantage though the point scoring winger is far from bolstering his two-way play with a (-4) rating his last eight outings.

Teuvo Teravainen is returning from the wing to the center position with the ‘Canes. “I want him to skate more, hang on to pucks and make plays,” Canes coach Bill Peters said. “He’s very comfortable as a winger or a center. I think he moves his feet and is a little bit more involved offensively in the middle.” Teuvo will skate on a line with Lee Stempniak and Jeff Skinner, clearly something intended to get him out of a slump that has led to just four points in10 outings.

Alex Goligoski was a +3 skater in his last game while handing out two helpers. That’s a goal and five assists his last nine games. He’s been a +6 skater in that time, and he’s racking up copious amounts of ice-time seeing at least 24 minutes of action three times in six outings.

Alex Petrovic has three assists and is a +5 skater his last two outings. That pushed his effort this season up to nine points and a +9 rating. Pretty thin add here though, despite five points his last seven games, since he’s yet to record a power-play point in his career and has 21 shots in 22 games this season.

Luke Schenn has been very active of late. Over his last three outings he’s dealt out two assists. He’s been a +2 skater. He’s taken eight shots on net. He’s blocked eight shots. He’s dished out 13 hits (18 his last five games). There’s no offensive upside here long-term, but in the short run there’s few who are filling up the entire stat sheet better from the blue line.

Noting against the Brady Skjei is surging offensively, at least for a blue liner. Over his last seven games he’s handed out six helpers, one on the power-play, while taking 13 shots on net. Nothing outstanding, but when you can get that level, off the blue line, for free, you should be interested.

Jeremy Smith stopped 37 of 40 shots in his first start on Valentine’s Day. He will get another start for the Avalanche soon, with the Denver Post suggesting that start could come as early as Friday against the Hurricanes. "I thought he was fantastic," said Avalanche coach Jared Bednar. "He was our best player by a country mile."

The most added goalie the last week has been Mike Smith. Surprised to see that he’s not already owned, but there it is. Probably had a lot to do with a couple of blowups he suffered in early February. His last two outings he’s back on his game with three goals allowed, and he’s made at least 35 saves in 4-of-5 outings. 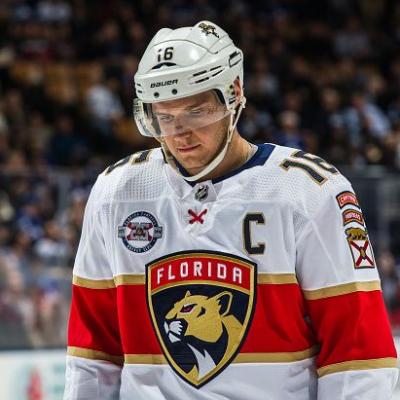 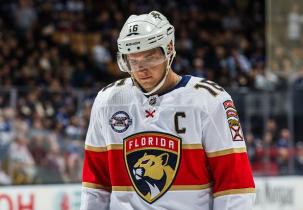 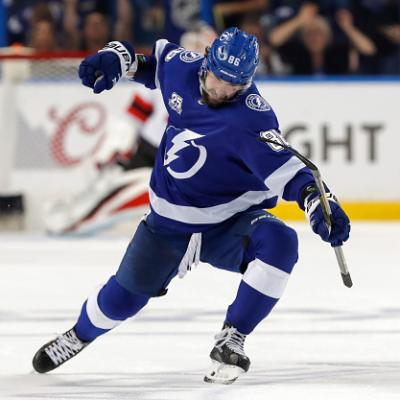 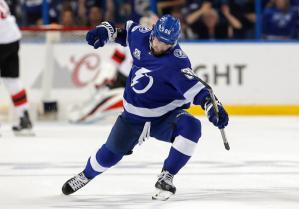 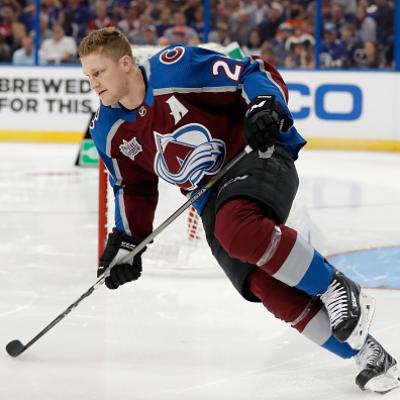 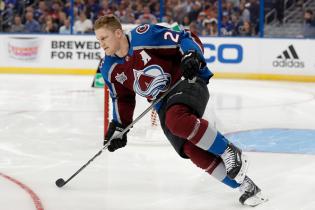 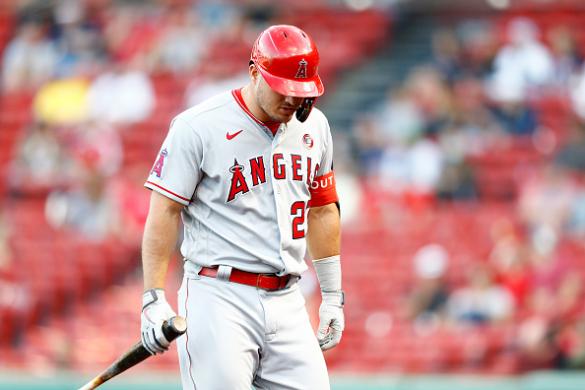 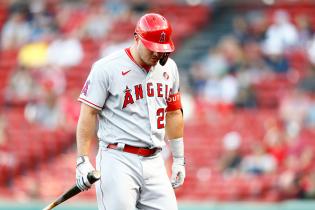 S. Varlamov - G
NYI
The New York Islanders will start Semyon Varlamov in Game 2 against the Pittsburgh Penguins on Tuesday night.
With Varlamov dealing with an undisclosed injury, it will Ilya Sorokin who got the nod in the opening game of the series, picking up the overtime victory. Varlamov put together a great regular-season, going 19-11-4 with a 2.04 goals-against-average and a .929 save percentage.
Added 7:03 pm (EST)
Added 7:03 pm (EST)

T. Myers - D
VAN
Tyler Myers scored a goal and registered an assist in a 4-2 win against Calgary on Tuesday.
Travis Hamonic and Brock Boeser each contributed a goal and an assist for the Canucks. Nils Hoglander accounted for Vancouver's other goal. The Canucks also got an assist from each of J.T. Miller, Tyler Graovac, Bo Horvat, and Quinn Hughes.
Added 6:48 pm (EST)
Added 6:48 pm (EST)

T. Demko - G
VAN
Thatcher Demko stopped 38 of 40 shots in a 4-2 win against Calgary Tuesday afternoon.
Demko had a shutout going until 16:38 of the third period. The Flames ended up out shooting Vancouver 22-9 in the third period, so Demko deserves credit for preventing Calgary's comeback attempt to succeed.
Added 6:46 pm (EST)
Added 6:46 pm (EST)

M. Tkachuk - F
CGY
Matthew Tkachuk scored a goal in a 4-2 loss to Vancouver on Tuesday.
It was Tkachuk's 14th goal and 41st point in 55 games. Andrew Mangiapane also found the back of the net for the Flames. Mark Giordano, Johnny Gaudreau, Milan Lucic, and Adam Ruzicka each registered an assist.
Added 6:44 pm (EST)
Added 6:44 pm (EST)