Dee Gordon was an elite infield option in 2015 who led the league in average and steals. Last season his production dipped as the mighty PED monster helped to take him down. 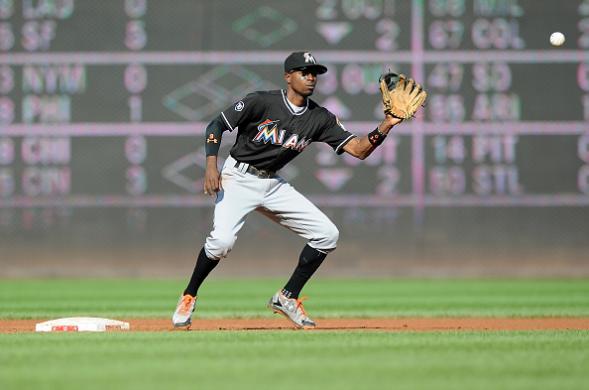 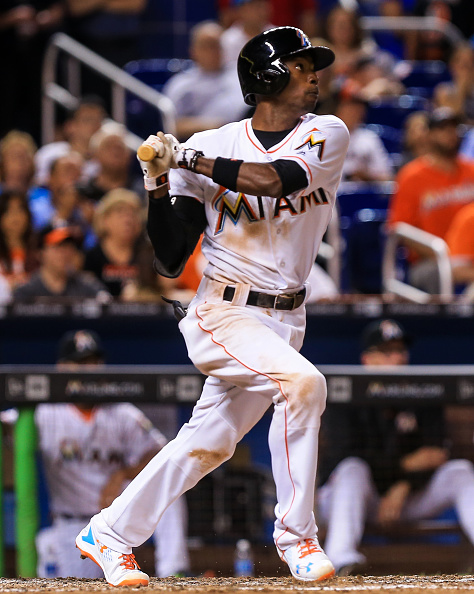 On April 29th, 2016, Dee Gordon was suspended 80 games for a PED violation as he tested positive for exogenous testosterone and Clostebol. Predictably, Gordon said that he had no idea how that happened. "Though I did not do so knowingly, I have been informed that test results showed I ingested something that contained prohibited substances. The hardest part about this is feeling that I have let down my teammates, the organization and the fans," Gordon said. "I have been careful to avoid products that could contain something banned by MLB, and the 20-plus tests that I have taken and passed throughout my career prove this. I made a mistake, and I accept the consequences."

Uh huh. The old ‘I have no idea how this happened, I’m a pasty’ argument. Up to you if you believe that.

We all know what testosterone, but what is Clostebol? Try a "weakened version of testosterone." "You don't get explosiveness and strength attributes other anabolic steroids offer. Overuse does not often lead to estrogen buildup so that is a benefit to a bodybuilder."

When did Gordon use the drugs?

Was it a one-time mistake?

Was he a habitual user?

What impact did the PED use have on his performance?

One last thing. PED’s don’t just help you hit the ball farther or get “buff”, a common misnomer. They give an advantage, there is no question at all about that (strength, stamina etc.), but not every athlete who takes PEDs look hot in a speedo. Did Lance Armstrong get huge? Alex Sanchez, the first to test negative in major league baseball, was about 5’10”, 175 lbs. It’s not just muscle bound monsters who use PED’s.

What is going on here?

We don’t know if Gordon’s huge surge in 2015 was “legit.” Given the totality of his big-league career, it certainly looks like an outlier. In 2015 Gordon hit .333, a career best. In 2015 Gordon had a .383 BABIP, a career best. I know he’s fast, but guys simply cannot repeat a .383 BABIP. It’s not possible, even though Gordon owns an impressive .342 mark for his career. That said, he’s failed to post a mark of .320 in 3-of-6 seasons in BABIP. Just like his batting average marks mentioned above, it’s a 50/50 proposition that Gordon will reach his career averages in a season. That should be a concern moving forward.

Gordon has a mere 4.8 percent walk rate. His career best in walks is 31. Joey Votto walked 25 times last July. Gordon doesn’t strike out at a crazy rate, but his BB/K ratio for his career is 0.31. The league average is about 0.40. Gordon is not even league average in this category. Moreover, three of six seasons he’s failed to reach his career average in BB/K ratio.

Gordon has a 21.0 percent line drive rate for his career. That’s just slightly above the league average of 20.7 percent last season. Again, three of six seasons he’s failed to reach his career average.

Gordon certainly doesn’t have splits to worry about. Check out the work against both sides of the bump for his career.

That makes me feel a bit better about his outlook in the batting average category. Moreover, Gordon knows who he is as a hitter. For his career he has kept the ball out of the air marvelously with a 58.6 percent ground ball rate and a mere 20.4 fly ball rate. So many batters seem to be confused about how they can have success. Gordon isn’t amongst that group. He hits the ball on the ground and runs really fast, and he’s good at that.

All that said, I’m not seeing data here to support that Gordon is a .300+ hitter.

Gordon has averaged 64 thefts per 162 games.

With health, the soon to be 29 year old is as good an option as any in the game to steal 50-bases. The data supports that position.

As for runs scored, Gordon has averaged 90 runs per 162 games. He’s only scored 90 runs one time, but he is likely to hit leadoff for the Marlins and that should afford him the chance to approach that number in 2017. However, that number is likely dependent on his batting average. Here’s why. Gordon has a .325 career OBP. That’s a barely league average number. Worse yet, since he never takes a walk, his OBP is directly tied to his batting average. There is a mere .036 points between his career batting average and his career on-base percentage. Simply put, Gordon has to hit .285+ or his OBP could fall below the league average. That isn’t going to help him score runs, or steal bases for that matter. The name of the job is getting on base. In six big league seasons his OBP has been better than .326 just once. He really isn’t very good at getting on base.

As of this writing, here is Gordon’s ADP data.

Here's some audio of Kyle Elfrink and I interviewing Gordon.

Gordon is a somewhat polarizing player this season. There are questions about performance, but his wheels have seemingly made most people overlook that fact nearly completely. Be cautious if you draft Gordon. Even if he lives up to expectations, taking him early will cause you to have to heavily hunt for power bats throughout the draft.

10-Team Mixed: He’s a starter here, absolutely. His wheels are fantastic. Same time, the shallower the league the more concern you should have about rostering a player who is an “F” in two of the five main fantasy categories.

12-Team Mixed: For me, the cost is too high on Gordon. Not saying he couldn’t end up a top-5 second baseman, totally could happen, but I have concerns that make it seem untenable to take him 50 picks ahead of a Jason Kipnis or 100 selections ahead of a Dustin Pedroia.

15-Team Mixed: Deep leagues cause steals to become scare. If we knew that Gordon would hit .295 I would feel really good about him, but since I’m not sure if he’s a .270 or .300 hitter, I would still be cautious, something the majority of folks seem unwilling to be.

NL-Only League: If healthy, his steals total likely puts you near the middle of the pack in this format. Add a couple of other guys who run and you’re in great shape to be a top-3 stolen base finisher.