A.J. Pollock was a scintillatingly elite fantasy player in 2015 before falling off a cliff in 2016 due to injury. How much faith should you have in a full rebound in 2017 from this outfielder? 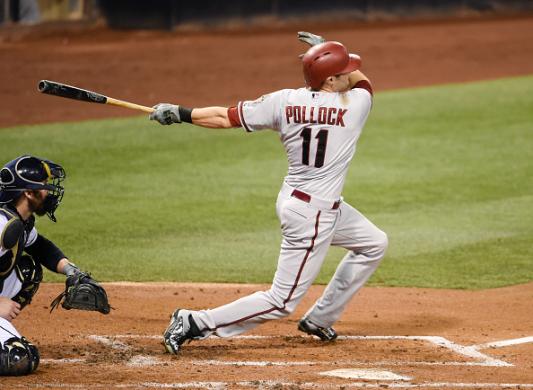 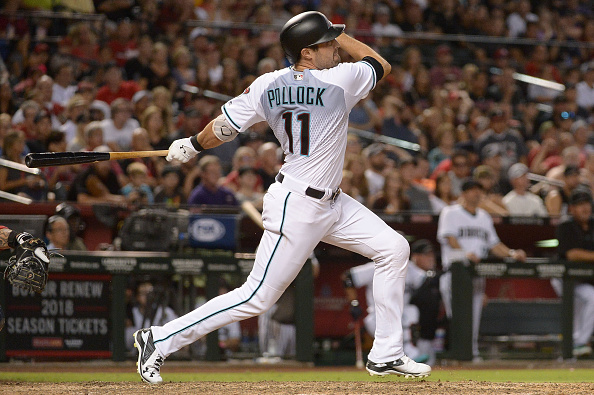 On March 1st he wasn’t concerned.

On March 11th, he against said that his arm was fine.

On March 20th, he appeared in a minor-league game to play defense.

On March 22nd, his manager, Chip Hale, said he would avoid the DL.

On March 26th Hale stated that the DL was an option.

On April 1st, he hurt his injured elbow on a slide at home plate. The injury was a right elbow fracture that would require surgery (screws and a plate were inserted).

*NOTE: This was the second time that Pollock fractured his right elbow. The other occurrence was in Spring Training of 2010 and that injury caused him to miss the entire season.

On April 2nd Pollock said he hoped to return before the end of the season.

On August 18th, he tweaked an oblique during the recovery process. It was minor.

On August 26th, he was activated from the disabled list.

On September 9th, he was forced from game action with a left groin injury. He didn't play another game in 2016.

Per 162 games as a minor leaguer Pollock averaged 34 steals.

He hurt his arm last season. Obviously, that doesn’t affect the wheels at all.

The speed is a huge plus for Pollock, especially in this era of light running at the big league level.

Pollock owns a 34.1 hard hit rate in his career. That’s a better mark than BABIP, relative to the league, as that rate would have been 76th out of 146 qualifiers last season. Still, a far from exciting mark is that hard hit rate which screams league average.

Pollock has a 0.50 career BB/K rate in the big leagues, about a tenth better than the league average. His last 169 games the mark is slightly higher at 0.61.

There are no splits to speak of though, a very heartening thought give the less than exciting BABIP and hard hit ball rates. Here are the career splits no matter who is on the bump.

He’s slightly better against lefties, but as far as splits go, this is an extremely consistent set of numbers.

Just to point it out, he has seen a significant home (.847) and road (.766) split. That’s hardly surprising given how good a park that Chase Field is to hit in.

In those two seasons referenced, 2014-15, A.J. posted GB/FB ratios of 1.54 and 1.74. Those are not necessarily the numbers of a power bat. Moreover, the two season number was 1.71 with a ground ball rate over 51 percent. The fly ball number, as a result of all the grounders, was just 30 percent. It’s not easy to hit 20 homers with a fly ball rate that is that low. Amongst 500 plate appearance guys in 2016, here are the 20 homer hitters who had a fly ball rate under 30 percent: Nomar Mazara, Corey Seager, Paul Goldschmidt, Jean Segura, Carlos Correa, Ian Desmond, Wilson Ramos, Eric Hosmer, Christian Yelich. Obviously it happens, but you’re chances are obviously diminished than if you were to reach just the league average (35 percent). Pollock’s homer to fly ball ratio in 2014 (9.5) and 2015 (13.2) are slightly higher, in total, than his 10.2 career mark. He doesn’t hit a lot of fly balls though, and doesn’t exactly convert them into big flies very often, at least not much more than the average joe. I wouldn’t expect homer growth in 2017.

Finally, given his speed and his .346 career OBP, Pollock should have lots of success as a run scorer this season since he figures to hit in front of Paul Goldschmidt. The runs batted in will be greatly dependent on what spot in the top third of the order that he fills. Recall that A.J. hasn’t even averaged 60 RBI per 162 games played at the big-league level.

Pollock will play every day his body will allow him to in 2016 in centerfield for the Diamondbacks. He hit second or third in every start last season and in 2015 he appeared first or second 120 of his 157 games. The plan is the same in 2017 with Pollock slated to hit in the top third of the D’backs batting order.

As of this writing, here are Pollock’s ADP data.

Pollock basically missed the entire 2016 season. He also injured his elbow for a second time forcing another lost season. Despite that fact, Pollock seems to be a top-10 outfielder according to everyone (except us since we appear to be the only ones flashing any concern with his broken body). You will have to decide if that makes sense to you or not. It doesn’t to me.

10-Team Mixed: Ideally, he’s your second outfielder in this format though ADP suggests that is a risk if you plan on waiting for him to fall to that level. Personally, I would rather take Christian Yelich 20+ picks later.

12-Team Mixed: With the skills to be a combination of Yelich and Starling Marte, the concerns with Pollock are somewhat muted in this format if you’re willing to take on the health risk. His elbow should be fine, but again, after breaking it twice, consider me a bit cautious with the D’backs outfielder.

15-Team Mixed: Back him up with another upper level outfielder just in case. Seems like the best course of action with the fleet of foot outfielder with some pop.

NL-Only League: Batting average, on-base percentage and steals. Not much to dislike in this skill set.