Taijuan Walker has a big arm, but consistency has eluded him. After years in the Mariners organization, will a move to the National League allow him to reach the heights previously predicted for him? 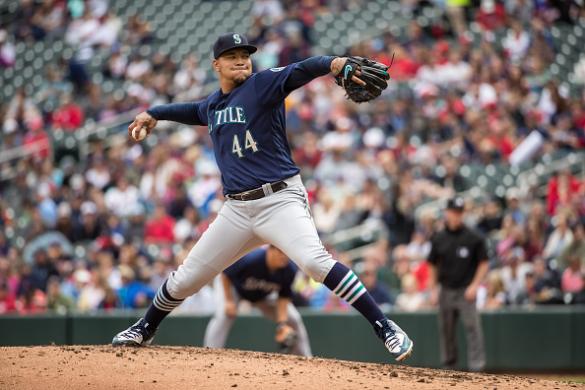 Walker had surgery in mid-October for bone fragments and bone spurs from his right ankle (his push off foot). Disabled in June because of the issue, Walker dealt with discomfort for most of the 2016 season. “I really couldn’t push off and use my legs,” Walker said. “I was using all upper body, all arm. It definitely wasn’t good that I did that, but I really wanted to compete and go out there and help the team.” In fact, there were a whopping 10 bone spurs removed during the October procedure including one that was causing Achilles pain. The good news is that he should be ready for the start of the season.

As you can see from above, Walker has long been looked at as an elite talent – a potential SP#1 at the big-league level. The big righty has a dominating fastball but he’s lacking two things – consistency and strong secondary stuff. We will explore what he has to offer.

Walker has a huge arm. His fastball sits at 94-95 mph, and he throws the pitch nearly 63 percent of the time. It’s certainly a plus pitch. Batters have hit .248 off the pitch to this point of his career, but the .739 OPS is a bit high thanks to the 13.5 percent HR/FB rate on the pitch (more on homers below). Walker also has an 8.9 percent swinging strike rate, slightly below the 10 percent league average, on the heater. ‘But Ray, you said his fastball was a plus pitch, so what gives?’ Astute of you reader. The issue really isn’t the heater, it’s the secondary stuff. Walker has yet to really establish a second pitch, let alone a third, and that allows batters to “sit” on his fastball more than they should be able to. Here are the career marks for the other three pitches he throws.

Obviously the splitter, some sources call it his changeup, is a pitch that needs work. The biggest issue with that pitch is that it can be hammered deep. Without refinement here, his continued dependence on the fastball leaves him at the mercy of his control being pinpoint because batters pretty much know what is coming, especially early in the count.

Walker has another issue. When he makes a bad pitch, or gets the ball up, he gets taken deep. Over his last two seasons he’s allowed 52 homers over his last 54 starts leading to a 1.54 HR/9 mark. That’s an insanely high mark for anyone, especially for a man with these skills who has allowed 41 homers in 357 minor league innings. Walker, as a big leaguer, has a 13.9 percent HR/FB rate which seems a little high. Still, the mark on his split finger is 15.7 percent, an often seen number on the split if the pitch doesn’t end up below the knees. Walker desperately needs to locate the pitch more effectively. Even if the number on that pitch drops a bit, Walker does allow a few too many fly balls at 38.5 percent the last two years (league average 34-35 percent). Again, it’s not an overly high number, though it is elevated a tad.

So now that you’ve been sufficiently scared with Walker, let’s look to see if there is a reason that we shouldn’t be extremely nervous with the new D’back.

Walker has an 8.12 K/9 rate in his young career. A few pitchers who didn’t reach that level last season include: Johnny Cueto (8.11), Kyle Hendricks (8.05) and Carlos Martinez (8.02). That big fastball leads to a lot of strikeouts. If he keeps his career pace up, and throws 190 innings, he would produce 170+ strikeouts, a solid number.

Walker has a solid 2.50 BB/9 career rate, a mark that is much lower if you remove his 11 outings his first two seasons. Over the last two seasons, and 54 starts, Walker has walked an average of 2.28 batters per nine innings.

Walker has a 8.17 K/9 and 2.28 BB/9 over 304 innings the past two years. How many other pitchers, who have thrown at least 300-innings the last two seasons, can match those 8.17 and 2.28 marks? There are only 14 other starting pitchers who belong in that club, a pretty impressive group for Walker to belong to. Gotta like that.

Let’s look at righty/lefty splits. Here are the career numbers.

Not much of significance to report there.

As mentioned above, we would like to see a few more fly balls. Walker is also not the easiest guy in the world to square up either (see his .279 career BABIP).

Walker was brought to town in the Jean Segura deal to start for the D’backs. As long as he’s healthy, and all indications are that he will be, he will be in the starting rotation for the club from Arizona.

As of this writing, here are Walker’s ADP data.

Walker isn’t being drafted as a strong starting option this season by many folks. This is understandable given that (A) he’s failed to live up to expectations and (B) because the big league results are far from impressive. When the draft ends up in the area that Walker is being taken you will (A) be hard pressed to find more arm talent that is (B) coupled with a lockdown starting role.

10-Team Mixed: The volatility with the homer, and the slight health concerns, make Walker little more than a reserve round option in many a 10-team league. Note though, that we at Fantasy Alarm are much more bullish than the ADP data suggests.

12-Team Mixed: Drafting Walker here should be the goal if you have a couple of top level arms you trust, and/or if you feel confident that you can pull a rabbit out of the hat later in the draft at the starting pitcher position.

15-Team Mixed: The sweet spot for Walker. Taking him as your 5th starter gives you room to see a solid return, as well as allowing you to build enough rotation depth that if he struggles it isn’t likely to kill ya.

NL-Only League: I’m in. Strikeouts are there. Walks are not there. Some slight secondary pitch improvement would lead to an effort that would greatly outpace his draft day cost. 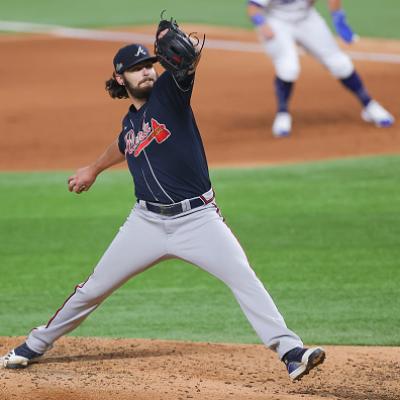 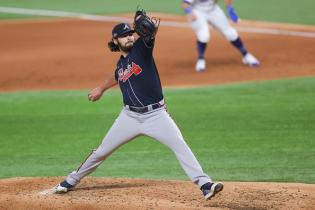 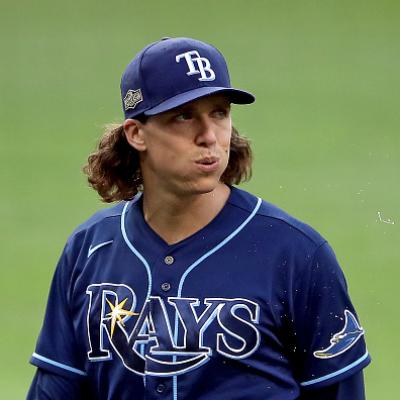 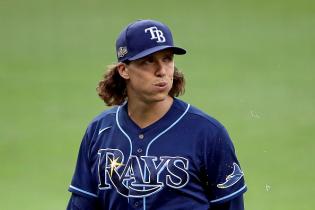 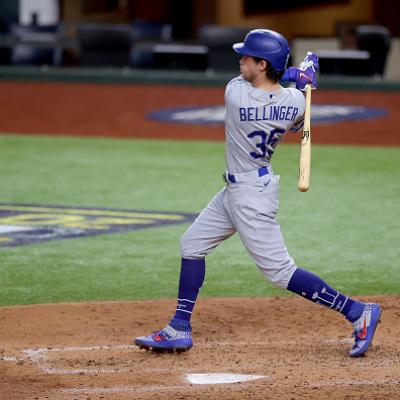 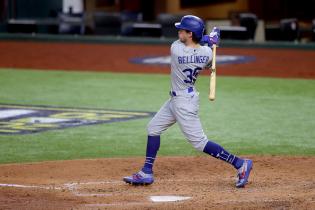 T. Chatwood - SP
FA
Blue Jays signed RHP Tyler Chatwood to a one-year, $3 million contract.
Chatwood can earn another $2.5 million in performance-based incentives. The right-hander has worked as both a starter and a reliever in his career, but all reports indicate that he'll be a bullpen option for Toronto in 2021. He'll likely pitch in a multi-inning role that won't provide much fantasy relevance this coming season.
Added 4:33 pm (EST)
Added 4:33 pm (EST)

A. Castro - SP
TOR
Blue Jays designated RHP Anthony Castro for assignment.
The Blue Jays needed to make room on the 40-man roster for newly-signed Tyler Chatwood. Castro was claimed on waivers from the Tigers on December 7, so his time with the Blue Jays could be very brief if he's claimed. If he's not, he'll be organizational depth over the 2021 campaign. That was the case before the DFA, anyway.
Added 4:32 pm (EST)
Added 4:32 pm (EST)

A. Wojciechowski - SP
BAL
Yankees signed RHP Asher Wojciechowski to a minor league contract with an invitation to spring training.
The deal will pay him a $750,000 salary if he makes it to the big leagues, per USA Today's Bob Nightengale. Wojciechowski, 32, posted a rough 6.82 ERA, 1.62 WHIP, and 31/15 K/BB ratio in 37 innings of work (seven starts, three relief appearances) last season with the Orioles. He owns a career 5.95 ERA at the MLB level.
Added 3:39 pm (EST)
Added 3:39 pm (EST)

A. Wojciechowski - SP
BAL
Brewers signed INF/OF Daniel Robertson to a one-year, $900,000 contract.
The deal was agreed to back on January 12 and has now been made official after Robertson passed the necessary pre-signing physical exam. A career .234/.342/.352 hitter in 855 total plate appearances at the major league level, the soon-to-be 27-year-old projects to operate in a super-utility role for Milwaukee in 2021.
Added 11:35 am (EST)
Added 11:35 am (EST)

A. Simmons - SS
FA
Jon Heyman of MLB Network reports that the Reds are among the "many teams" showing interest in free agent shortstop Andrelton Simmons.
Cincinnati definitely has a need at shortstop and Simmons would be a huge addition defensively. The 31-year-old slashed .297/.346/.356 with zero home runs and two stolen bases over 30 games (127 plate appearances) last summer for the Angels before opting out in September because of concerns about COVID-19.
Added 10:56 am (EST)
Added 10:56 am (EST)

H. Pérez - 2B
CHI
Nationals signed INF/OF Hernan Perez to a minor league contract with an invitation to spring training.
Perez was with the Cubs in 2020 but appeared in only three major league games. The versatile 29-year-old holds a career .252/.281/.386 batting line in 1,825 total plate appearances at the big league level.
Added 10:33 am (EST)
Added 10:33 am (EST)

J. Realmuto - C
FA1
According to FanSided's Robert Murray, the Braves are "circling" on free agent catcher J.T. Realmuto.
Murray adds that "other teams on the west coast" are also expressing interest. Jon Heyman of MLB Network reported Wednesday that the Phillies are "believed" to have an offer on the table to Realmuto worth upwards of $110 million, but the 29-year-old catcher is probably aiming a little higher than that after watching 31-year-old outfielder George Springer sign a six-year, $150 million contract with the Blue Jays on Tuesday. Travis d'Arnaud currently projects as the starting catcher in Atlanta for 2021, coming off a terrific showing in 2020.
Added 10:03 am (EST)
Added 10:03 am (EST)