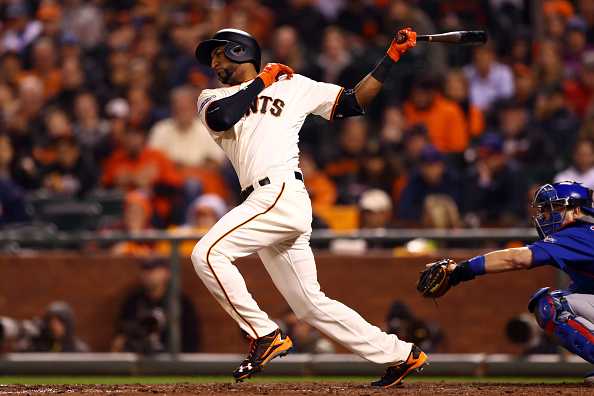 Prior to last season, the 29-year-old Nunez had never been given a full season of at-bats with a previous career best of 309 at-bats way back in 2011. As a result of the full season of work last season with the Twins and Giants, Nunez blew past his career bests across the board to become a fantasy weapon in ’16. Let’s take a look at his skill set to determine what we should expect in 2017.

Nunez is a career .273 hitter which seems about right. Let’s look into it.

Nunez has hit .282 against righties for his career, a solid number. He’s a league average bat against lefties though with a .257 mark.

Nunez hit .265 against lefties and .295 against righties. That’s about what we would expect given who Nunez is. However, the interesting/nervous part is the following. Nunez hit a robust .321 in the first half before tanking in the second half as he hit .244. That’s a catastrophic drop. Did pitchers figure him out, did he wear down, was it something else? Pretty easy to see why the number tanked, at least according to this author. Nunez had a .335 BABIP in the first half and .286 in the second half. More than just the BABIP angle, there is this; Nunez had a mere 15.0 percent line drive rate in the first half. It’s impossible to hit .321 with a line drive rate that low (no player in baseball who had 500 plate appearances had a mark lower than 15.7 percent in the line drive category and that was the mark of .225 hitting Todd Frazier). The Regression Monster was always going to eat up Nunez. 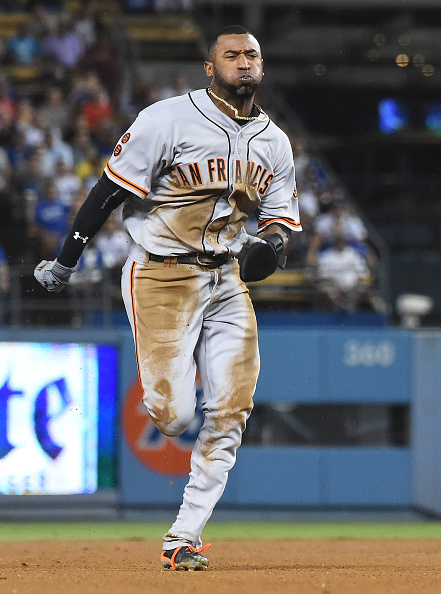 As you saw above Nunez has averaged 10 homers per 162 games for his career.

For six-straight years Nunez had a HR/FB rate in single digits. Last year he was in double-digits for the first time at 10.2 percent. To be fair, his two highest marks were the last two years (9.5 percent in 2015). Same time, the league average is 10 percent so he’s only been league average twice in his seven year career.

Nunez posted a 33.8 percent fly ball mark, a completely league average rate that is just off his 33.2 career rate.

Nunez has posted an Isolated Power mark of .149 and .145 the last two years. The league average the last two seasons is .152. He’s just not a power bat.

The only chance that Nunez has to replicate his power surge from last season is if he once against see 575+ plate appearances. Even then, I’m not bullish on a repeat.

Nunez is not a big-time run producing bat.

For his career, he owns a .663 OPS with runners in scoring position. The mark was .671 last season.

As for scoring, Nunez has a career OBP of .314. That’s league average. He’s been better the last two seasons at .326, but that’s still a relatively poor number.

Without a spot at the top of the order, and with a barely league average OBP in tow, it’s not likely Nunez will see his first season of 75 runs scored.

Nunez has averaged 31 steals per 162 career games. He swiped 40 bases last season, the third best mark in baseball as he attempted 50 thefts. That’s impressive work, but it’s unlikely to repeat itself in 2017.

Nunez stole 27 of those bases in 91 games with the Twins. Once he came to San Francisco he stole 13 bases in 50 games, and obviously a slightly lower pace. That’s not surprising either as the Giants really don’t like to run that much. Bruce Bochy has been the Giants manager since the 2007 season. In those 10 seasons the most bases any Giant has stolen is 31 by Dave Roberts back in 2007. That’s 9-straight seasons without a 30-steal man in San Francisco. Moreover, no Giant has stolen 20 bases in the past three seasons.

Nunez will use his legs as a weapon, but history, and his background, suggest that a reduction in his overall total from last season is likely.

Nunez appeared at third base 81 times last season and at shortstop 55 times. He should qualify at both spots in all leagues this season meaning he’s also corner and middle infield eligible. As things currently stand, Nunez appears likely to open the year as the Giants third baseman, that is unless Jae-gyun Hwang emerges in spring (the 29 year old destroyed pitching in the KBO last year blasting his way to a .330-24-104 line with 24 steals over 118 games). If Hwang emerges to earn consistent playing time, Nunez would likely slide into a super sub role that would likely have him in the lineup more days than not.

As of this writing, Nunez has an ADP inside the top-120 at the NFBC (7th at the shortstop position) and inside the top-105 according to the Mock Draft Army. That’s an extremely high bar given the likely across the board pullback Nunez is likely to face in 2017. This writer is recommending caution with the cost being as high as it is with Eduardo Nunez.

10-Team Mixed: The Fantasy Alarm Rankings do not have Nunez as a top-10 option at shortstop. Therefore, in a league this shallow, Nunez should be a middle infield option who is only counted on for his wheels. The rest of his game figures to barely keep up with a league average effort, if that.

12-Team Mixed: Just a middle infield option. With only one standout trait, the speed, Nunez is a very boring bat who must be in the lineup on a daily basis to warrant his draft day cost.

15-Team Mixed: Finally, a spot where he can start at shortstop. The deeper the league, the more value you gain from the steals and the less hurt you will be if the rest of his game stagnates or regresses.

NL-Only League: Wheels and two defensive positions make Nunez a guy you can target, while it would still behoove you to keep in mind the potential pitfalls with Nunez.