Anthony Rendon is likely better than you think since most folks seem to be disappointed with his efforts. Ray Flowers explains why it’s foolish to hold the position that the infielder hasn’t lived up to expectations. 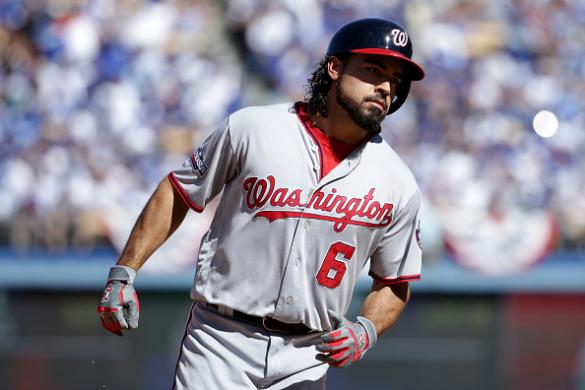 He missed 89 days in 2015 with a strained left quad and sprained left knee that he suffered in Spring Training. He also missed time with an oblique injury.

Prospect rankings in all of baseball for the 2011 first round draft pick. 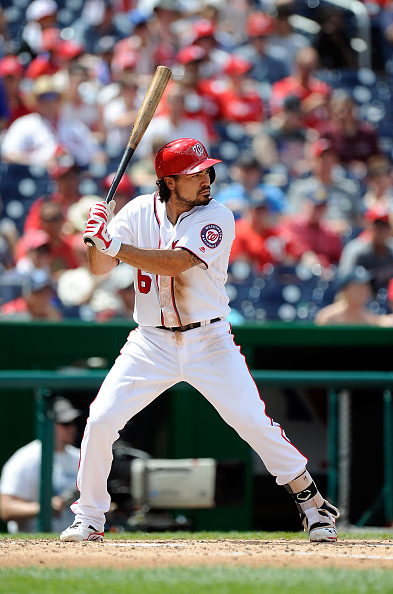 It’s all about perspective with Rendon.

I wrote about this situation last March in The Expectation Game. I used Rendon to illustrate the belief that so many folks expect too much from players so they end up being disappointed in the results, not because the results were necessarily poor but because their expectations were off. Let’s dig.

Back to current day with Rendon. Do you know how many emails and tweets I’ve received from folks about Rendon being a disappointment, someone that burned them, or someone that they overdrafted last season? Let me simply say – a lot. Why do people feel this way? It’s because they look at his 2014 season as his baseline. It’s not. Let’s look at his 5x5 numbers from 2016, which again are a direct match for his career levels. Answer me this: how many third basement went .270-20-85-90-10 last season? The answer is certainly going to surprise you, especially those of you that think Anthony was disappointing last season. The answer is one. Anthony Rendon was the only third baseman in baseball to go .270-20-85-90-10 last season. So, if you’re disappointed in that effort I have some advice for you. Look in the mirror. The person you see there is the problem. It’s not Rendon. Finally, closing down this section on expectations, note that only seven men in baseball, regardless of position, went .270-20-85-90-10 last season. Here is that list: Rendon, Trout, Betts, Xander Bogaerts, Jose Altuve, Ian Desmond and Paul Goldschmidt.

Rendon owns a .274 career batting average. The belief coming out of college would be that he would hit better than that. Will he in 2017? Well...

Rendon owns a 9.1 percent walk rate for his career. That number has been surpassed in each of his last two seasons at 10.1 and 10.0 percent.

Rendon strikes out at a rate of 17.3 percent for his career. That number has been surpassed each of the last two seasons at 19.7 and 18.1 percent.

What about splits – does anything stand out there?

Here are some career numbers.

So, he’s a slightly better hitter versus lefties, but he’s no slouch against righties though I would obviously like to see his OBP against them improve. As for his home/road work... you let me know when you find someone who is less affected by where the game is being played.

Though he’s been a multi-position defender the last few seasons, Rendon only qualifies at third base to begin the season as he didn’t appear in a single game at another position last season.

Rendon is who he is – and that’s a very good player. The skills are present to see a slight uptick in batting average and power, but even if that doesn’t happen he’s a stable, across the board contributor at a position where only a handful of players can make that claim. He’s unlikely to “breakout” but even if he doesn’t – you know what I’m gonna write – he’s really good.

10-Team Mixed: His lack of pop and batting average mark him as a decent option at the hot-corner, nothing more, in a league this shallow.

12-Team Mixed: A strong starter at third base in this format as most folks have him as a top-10 option at third base.

15-Team Mixed: A starter at third base with a bullet up. Let someone else roster Maikel Franco and Jake Lamb and hope they grow completely into their talent. Grab Rendon who, as we’ve seen, is a rock of stability.

NL-Only League: Losing his multi-position thing dims his outlook a tad, but that’s it. A nice target after the elites of the game come off the board.

For more, check out where Rendon is placed in the 2017 Player Rankings.