Some keepers who might be short-term fixes, a couple of youngsters, and an angry fella returning from a suspension highlight the waiver-wire this week. 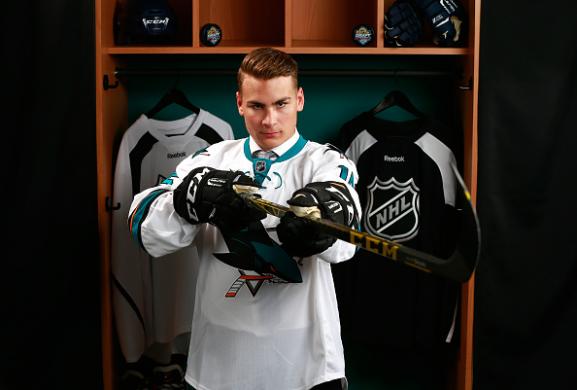 In the coming week...

Jason Zucker has produced three goals in five games. He’s also dished out a helper in that time. He’s only skating about 15 minutes a game in that time, but the points are there and he is spending time on the second line with Mikko Koivu and Mikael Granlund.

Sean Monahan should be owned at this point. If he’s not, change that. Sean has four goals his last eight games during which time he’s also dealt out six helpers. That’s some serious production that includes 3g, 5a (five points on the power-play) in six December contests.

Derek Ryan dealt out three assists in his last game, and that causes folks to take notice. When that same fella scores three goals the previous two outings, then we get intrigued. The 5’11”, 170 lbs. 30 year old skater is finally making a name for himself, a year after his NHL debut. “I think I have proven I can play in this league, and that’s what I have to continue to prove every day,” Ryan said. #WishingHimWell

Timo Meier was a top-10 selection by the Sharks in 2015. His time is now. He will skate on a line with Chris Tierney and Joonas Donskoi to begin his NHL career. In 17 games in the AHL this season he has produced nine goals and 15 points while his 63 shots on net were second amongst AHL rookies. Joel Ward will be a healthy scratch as the rookies tries to established himself in the lineup.

Bryan Rust is following a very simple formula: skate really hard to the net and wait for Evgeni Malkin to shoot you the puck. His last two outings Rust has two goals and that’s not five goals in five outings for the winger. He’s also posted a +5 in those five games, and he’s been feisty the last two outings with 11 hits.

Mark Borowiecki returns from a suspension for the Senators. Already up to 54 penalty minutes, he’s well on pace for a third straight 100-PIM effort. He doesn’t score points, just three his last 91 games, but in addition to the rough stuff, the dude is a hit machine. After seasons of 233 and 271 the last two seasons, he’s already up to 130 hits with at least five in each of his last nine games. Hell, his last three it’s 26 in total. Think he’s going to tame down his game as he returns from a suspension? Me neither.

Jaccob Slavin has appeared in 92 career games with 30 points (three goals). That’s not a horrible total for a blue liner. He owns a +3 rating. That’s not helping anyone. However, he’s produced a +2 rating the last four games during which time he’s produced three assists, two coming on the power-play. He’s also produced four points in six games. When talking blue liners off waivers, that’s about as good as you’re gonna do.

Jean-Francois Berube can’t be sent to the minors or he will be exposed to waivers by the Islanders. He’s expected to get a start Friday, but it’s hard to see him carving out long-term value unless there is a deal of one of the keepers on that club.

The Bruins play three games in four nights meaning that Anton Khudobin will get a start, one would think. In six starts this season he’s only 1-5 with a .882 save percentage so he’s more of a H2H add than a season long get.

The Sabres play three games in four nights meaning that Anders Nilsson will get a start, one would think. Anders has appeared in nine games this season with impressive numbers (5-2-2, 2.38 GAA, .932 SV%). He’s a nice add for the coming week. 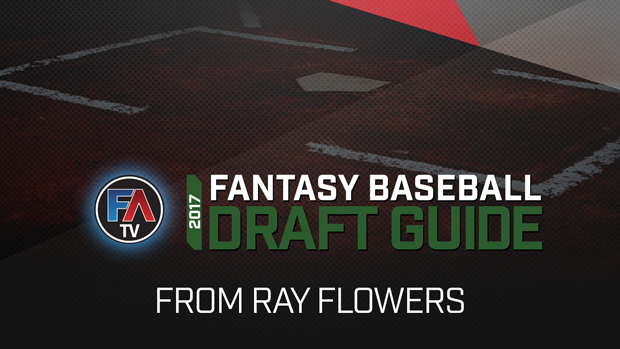 read if you hate the people you’re spending the holiday with (I know you are out there). You might want to give your significant other a special gift? Maybe you should just reward yourself for a good year? Whatever the reason, the Guide is available right now! For more, check out this description of the Guide and why it is so amazing this season. It will end up being our best effort yet, no doubt... and it’s available right now.

W. Lagesson - D
EDM
Edmonton has reassigned William Lagesson to Kristianstads IK of Sweden's HockeyAllsvenskan.
Lagesson had been playing for HC Vita Hasten of the same league, which is Sweden's second-highest division, where he had three goals and six assists in 11 games. The Oilers signed the 24-year-old blueliner to a two-year contract extension on Nov. 4. Lagesson is slated to compete for a roster spot with Edmonton at training camp.
Added 12:24 pm (EST)
Added 12:24 pm (EST)

E. Condra - F
DAL
Erik Condra has been hired by the Chicago Blackhawks as the team's Player Development Coach.
Condra played in 372 career NHL regular-season games prior to spending the 2019-20 campaign with the Colorado Eagles of the AHL. Chicago also announced that Kendall Coyne Schofield has been added to the organization as the Player Development Coach & Youth Hockey Growth Specialist, while Juan Gonzalez will work with the AHL's Rockford IceHogs as the team's Strength & Conditioning Coach.
Added 12:18 pm (EST)
Added 12:18 pm (EST)

U. Vaakanainen - D
BOS
The Boston Bruins have loaned Urho Vaakanainen to SaiPA of the Finnish liiga.
Vaakanainen was selected 18th overall in the 2017 Draft, and has played seven games in the NHL with nary a point. Vaakanainen had five goals and 14 points in 54 games last season with Providence of the AHL and played five times with Boston. He is a two-way defenseman who is a great skater and can make a great first pass. He has no fantasy value at this time.
Added 10:24 am (EST)
Added 10:24 am (EST)

F. Zadina - F
DET
Coach Jeff Blashill is hoping that Filip Zadina is more dangerous as an offensive threat this season.
Zadina was the Red Wings first round pick and sixth overall in 2018. “When he came up to play for us last year, I thought he grew as a player," Blashill said of the 20-year-old. "He was more dangerous than he had been previously, more confident, seemed to be a little bit quicker and stronger. He’s had a long period of time even before he started playing in the Czech League to grow his body into that elite level of professional athlete’s body that all young players have to do to become great. I’m hoping he did that. He says he feels he’s in a good spot that way. I think the fact he’s able to play (during the pandemic) is great. It’s difficult to say how the success (in the Czech League) transfers to the NHL, but I know the league is hard, guys are big and strong and he’s playing against men. That’s only going to help him ensure that he’s ready to win those puck battles, learn how to leverage his body so he can utilize his skill-set. He’s had issues with some injuries and then the league has had to pause at different times with COVID, so it hasn’t always been fluid, but certainly it’s been a productive time. He’ll get the chance when we get going to come over and prove that he’s improved as a hockey player and can help us be a better team.” Zadina had eight goals and seven assists in 28 games with Detroit last season and the Red Wings hope the offensive flair and game-breaking ability they saw when he was drafted, comes to the forefront this season.
Added 8:24 am (EST)
Added 8:24 am (EST)