Focusing on the here and now or too small a sample size can be pitfalls. In this article, Ray Flowers helps define what really matters, the last three-years' trends. 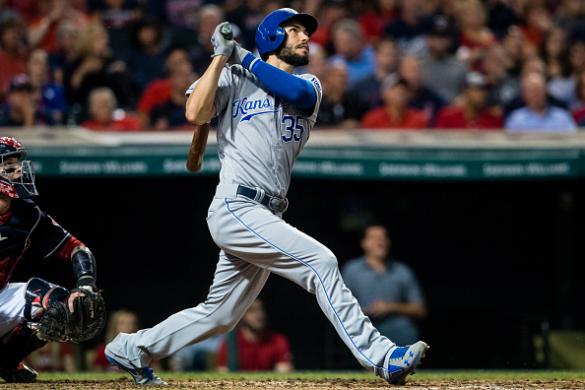 Sometimes we focus to closely on the here and now. At other times we focus on too small a sample size. In this piece we will avoid both those pitfalls and focus on the last three years of data in major league baseball.

This is by no means full analysis of what has occurred the last three years. However, we will take a look at the 10 basic categories in fantasy baseball. Note, that by looking at three years of data we are effectively removing things like good or bad luck, or at least attempting to. We’re also looking at a large enough sample size that we should feel good about removing a good deal of uncertainty that can happen from season-to-season.

*NOTE: For batting average batters required 1,500 plate appearances to qualify. For pitchers, the ERA and WHIP categories required a minimum of 450-innings pitched.

Jose Altuve and Miguel Cabrera are in a league of their own.

There are two surprising .300 hitters in Adrian Beltre (.304) and Lorenzo Cain (.300). Beltre the aging star and Cain the oft-injured one.

Dustin Pedroia might be aging, but he’s still extremely productive.

Two Pirates have posted a .296 mark in Starling Marte and Josh Harrison.

Josh Donaldson is a first round pick in most setups. Still, he’s a sub .280 hitter the last three years.

Yoenis Cespedes has a one point lower mark than Angel Pagan. How surprising is that?

Only nine men have hit 100 homers. One is retired (David Ortiz).

Brian Dozier has more homers than Giancarlo Stanton who cannot stay on the field.

Evan Gattis has the same amount of homers as Miguel Cabrera.

Curtis Granderson has the same number of homers as Paul Goldschmidt.

Eight players, seven active, have produced an average of 100 RBI a season the last three years.

Four men were within 10 driven in of joining the 100 RBI a season club.

Andrew McCutchen and Ryan Braun are just a handful of runs batted in ahead of Eric Hosmer.

Everyone hates on Jay Bruce, but he has more RBI the last three years than Giancarlo Stanton.

Shouldn’t Freddie Freeman and Carlos Gonzalez have more RBI? Melky Cabrera has one more RBI than that power hitting duo.

Only four men have averaged 100 runs a season the last three years.

It’s amazing to think that Mike Trout has scored 99 more runs that Bryce Harper, isn’t it?

Is it more surprising that Matt Carpenter has two more runs than Jose Altuve?

Only three men have averaged 40 steals a season (sorry Starling).

Only seven total players have averaged 30 steals a season the past three years (add in Rajai Davis, Ben Revere and Jarrod Dyson).

Six others won at least 45 games.

That means that 10 men have averaged at least 15 victories the last three years.

Look at that. Hisashi Iwakuma matches Stephen Strasburg and has three more wins than Cole Hamels.

No one is within half a run of Clayton Kershaw which is amazing.

Zack Greinke has a better mark than Madison Bumgarner.

Tanner Roark inches ahead of Carlos Carrasco and Carlos Martinez.

How does Danny Duffy have the same mark as Stephen Strasburg?

Justin Verlander is behind J.A. Happ and Scott Kazmir. Nuff said for all you Verlander lovers.

Jake Arrieta really struggled down the stretch last season, see his Player Profile, but boy has he been good the last three years.

Masahiro Tanaka still makes me nervous, like his arm is gonna fly off, but I have to tip my hat to his performance since he games to North America.

Even with his tank job last season, Felix Hernandez has still posted the same WHIP the last three years as Stephen Strasburg.

Dallas Keuchel was still better than Justin Verlander the last three years, even with the horrible effort he tossed out there last season.

Rick Porcello, the AL CY Young winner, has the same mark as Jeff Samardzija whom seemingly everyone dislikes.

Max Scherzer has averaged 271 strikeouts the last three seasons. Corey Kluber who is second on the list has never struck out 271 batters in a season.

Look at that list. You’re a top-35 save man the last three seasons if you saved 40 games. That’s less than 14 a season even though there were six men who had 40-saves in 2016. The turnover is relatively massive at the position, something you can read more about in Never Draft a Closer Early.

That means the last three years there are only 11 men who have averaged 30-saves a season.

Consistency at the position just isn’t as easy to attain as so many seem to believe.