Ray’s Ramblings: A’s Pen, Angels OF, Did You Know? 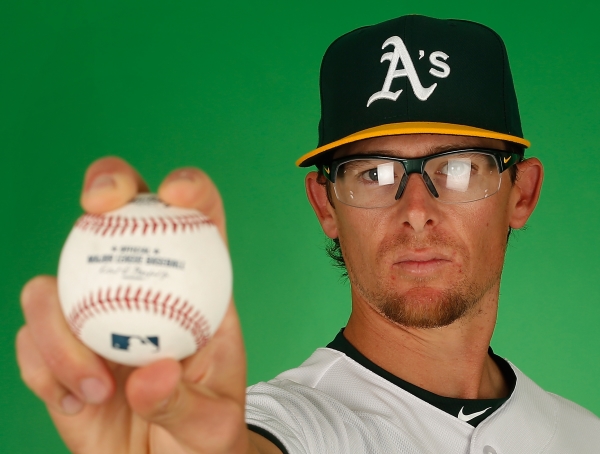 Maybe Eric Hosmer will never be a superstar but I should be hearing more about folks loving what he is doing given that he’s hitting .304 with a .365 OBP. He also has 49 RBIs and 50 runs scored. He’s not a big homer guy with nine, just how it is.

Did you know that Jose Reyes leads all shortstop in steals this season with 16? That’s not a big number at all. Only one full-time shortstop has scored 50 times (Alcides Escobar has 52). Jimmy Rollins stinks, but he’s scored 44 times, just two less than Troy Tulowitzki can two more than Xander Bogaerts.

What happened to Kolten Wong? Since May 10th he’s hit .249 with a .318 OBP and .395 SLG over 280 plate appearances. That’s craptastic. He also has one homer since June 25th. Ten homers, 11 steals and 50 runs scored is solid work, but it’s been an extremely front loaded effort for the youngster.

Will Ferrell played for 10 teams in one day this spring. HBO released the trailer for the program.

Shane Victorino is now a member of the Angels after he was acquired in exchange for Josh Rutledge. Mike Trout and Kole Calhoun man the outfield for the Angels, but then it gets all kinds of dicey. Matt Joyce has been awful and now is out with a concussion. Guys like Daniel Robertson have been given a shot and not succeeded. Certainly looks like Victorino could play regularly in left and if he does that, and can somehow squeeze his way toward the top of the lineup, he could give his owners a big boost down the stretch. However, it’s more likely that he will struggle with health and hit 6th or 7th, so don’t get too excited in mixed leagues. Monitor the situation.

Final note. Rusney Castillo was called up by the Red Sox to take over the open roster spot. He’s likely to play in a regular bases and, actually, profiles as the type of performer that Victorino used to be.

Everyone is asking, so here are my thoughts.

According to John Shea – “Eric O Flaherty or Edward Mujica likely will close for the A’s unless they’re also traded this week.” He then goes on to state that Drew Pomeranz could be an option as well.

Bottom line – there is no certainty here. I’d rank them Mujica – Pomeranz – O’Flaherty for the time being.

Ray Flowers can be heard Monday through Friday at 7 PM EDT on SiriusXM Fantasy Sports Radio (Sirius 210, XM 87). You can also hear Ray Sunday nights at 7 PM on the channel talking fantasy sports. Follow Ray’s work at Fantasy Alarm and on Twitter (@baseballguys).