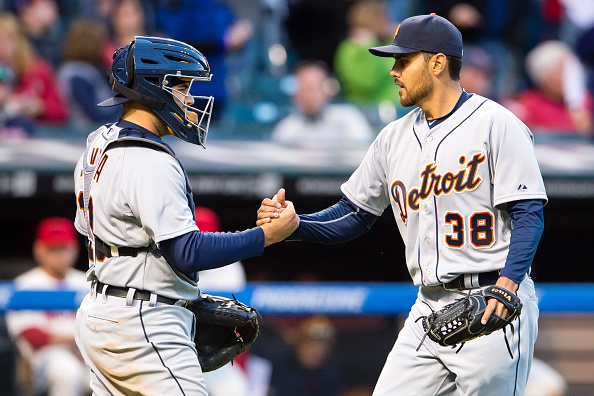 Every morning I awake to find multiple questions in my email box, or on Twitter, about Tigers backstop Alex Avila. I simply don't understand why that is the case. Still, the volume of questions that I've received about him points me to the fact that people are at least attracted to him (or is it that the catcher position is so onerous that people are looking for a minor upgrade on the crap they are running out there?). Whatever the reason, and I can't believe I'm wasting my time writing this, here is my review of Alexander Thomas Avila.

Again, why are you folks asking about Avila?

The only time he had a strong season was 2011. From 2012-14 an average Avila season was .229-10-47-42 with a .705 OPS. The league average, by the way, was .733. Not only was his production terrible but he failed to record 400 at-bats in any of the three seasons under review and he looked incredibly old last season (watching him run was painful as his body just appeared to be breaking down). He's also seen his K-rate rise in recent seasons to George Springer-like heights as he struck out 151 times in 390 at-bats last season (a catastrophic 33 percent strikeout rate was the result).

He's not an everyday player (James McCann is starting against most lefties).
His career batting average is .246.
Per 400 at-bats for his career he's averaged 13 homers, 57 RBIs and 48 runs.
Note that he hasn't hit one of those three numbers in any of the last three seasons.
That's why Avila was ranked 25th at the catchers spot in our Preseason Rankings.

I don't feel the need to explain anything more. In fact, I still cannot understand why I'm getting so many questions about him from folks. If you're in a 10 team league that starts two catchers don't even pay any attention to Avila. If you're in a 12-team mixed league and he's your second catcher you're in trouble. Even those of you in 15-team mixed leagues... Avila is still going to have trouble being a positive contributor for you.

At least there is something worthwhile about this piece. The new trailer for Star Wars: The Force Awakens is out.