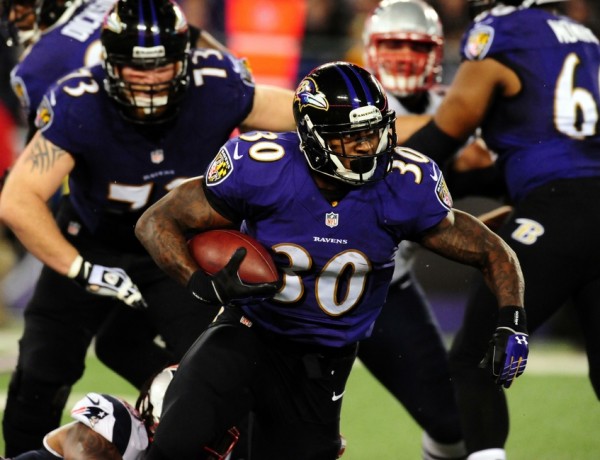 What a week the 8th of the NFL season was. There are virtually players at every position this week that are "must" adds in fantasy football (aren't there always?). Let Ray Flowers guide you in your question to bolster your team the best way possible as we enter Week 9 of the football season.

Dunks, 3-pointers and pressure D. The 2014 Fantasy Alarm Basketball Guide has you covered from all angles. Category targets, breakout performers, players to avoid & more than 300 players ranked highlight the offering.

Kyle Orton, Bills
Orton has nine scores in four games with the Bills. He's also thrown only three interceptions, though he has also lost two fumbles. Still, a 104.0 QB Rating, 67.4 percent completion percentage and 282 yards passing a week are elite numbers. Elite he is not, but with the bye weeks about ready to explode Orton strikes a very intriguing figure after he returns from the Bills Week 9 bye.
Amount to Spend: 15-20 percent

Zach Mettenberger, Titans
About as expected. Making his first start, Zach looked over-matched at times though he used garbage time to finish up with 299 passing yards and two scores. He's not likely to be an QB1in any matchup, but he's got a big arm that could lead to some starts in two quarterback leagues.
Amount to Spend: 10-15 percent

Michael Vick, Eagles
Geno Smith completed two pass for five yards in Week 8. He threw three interceptions. In so doing he became the first QB since Richard Todd in 1984 to throw three interceptions in a game of five passing yards. Smith is atrocious. The former elite QB that is Michael Vick has completely only 46 percent of his 56 passes without a score, but he’s also run for 92 yards on 12 carries. He can still break a defense down with his legs.
Amount to Spend: 20-25- percent

Jeremy Hill, Bengals
It seems like Giovani Bernard escaped serious injury to his hip. He expressed no concern after the game, nor did HC Marvin Lewis. Should still be noted though that even if he is fine in this instance that Bernard has been dealing with a shoulder and rib issue as well the past few weeks. Can't think Hill is available unless you are in a 10 team league, but if that is the case now is the time to snap up the rookie runner.
Amount to Spend: 25-35 percent

You really feel comfortable starting anyone in that backfield? Not only is there no telling who will lead the way each week but look at the vacillating point totals from week-to-week. Scary.
Amount to Spend: 15-20 percent

Mark Ingram, Saints
With Pierre Thomas and Khiry Robinson sidelined it was to be the Ingram and Travaris Cadet show. Turned out to be a one person play. Ingram demolished the Packers horrid run defense for 172 yards an a score on 24 carries as Cadet touched the ball just five times. Mark's a beast who has averaged 5.7 YPC this season. He's an every week player with Thomas/Robinson down, and when one or both are healthy, Ingram is no worse than a flex option.
Amount to Spend: 30-40 percent

Bobby Rainey / Charles Sims, Buccaneers
Doug Martin might be traded. He's dealing with an ankle injury suffered in the second half in Week 8. He's carried the ball 58 times for an average of 2.9 yards a pop this season. Not much to like there unless he goes somewhere that deems him worthy of 15+ touches a week. Doesn't sound like that's going to be the Bucs line of thought, even if they don't deal him. Rainey really isn't someone who should be getting 18 touches a week, but it's clear the team is growing more confident in him. It certainly seems like Sims, a third round draft pick who is coming of the IR list this week (ankle), is the guy to add though. All spring the coaching staff seemed to be enamored with Sims and his ability to catch the ball, so it seems like Sims could at least be a a weekly flex option - at least. He might just end up being the lead back when all is said and done.
Amount to Spend on Rainey: 15-20 percent
Amount to Spend on Sims: 25-30 percent

Theo Riddick, Lions
Reggie Bush was out of action so Theo stepped up, yet again, for the Lions. Riddick caught eight passes for 74 yards an a score. In his last game before that he caught five balls for 75 yards an a score. Must add in PPR then, right? Not so much. He really takes a backseat when Bush is on the field to the point that it would be pretty bonkers to start him. Can roster him on the chance that Bush never gets healthy in which case you would certainly have something to look at.
Amount to Spend: 15-20 percent

Lorenzo Taliaferro, Ravens
Seems like the Ravens have made a choice and that is to bench Bernard Pierce in favor of Taliaferro. Justin Forsett is still going to lead the backfield in touches, but Taliaferro carried the ball seven times for 27 yards in Week 8 as Pierce was a healthy scratch. Why should you care? I left out the fact that Taliaferro scored twice from eight and 10 yards didn't I? He's likely to continue to fill the role of goaline hammer and as a result should be added in all leagues.
Amount to Spend: 15-20 percent

Juwan Thompson, Broncos
It's all about Ronnie Hillman, after it was all about Montee Ball, with the Broncos. Tell me who scored twice in Week 8 though? Yep, Juwan. He's only carried the ball 24 times for 107 yards on the year, but he has scored three times. He's the direct backup to Hillman right now, ahead of C.J. Anderson, but what will his role be when Ball is back? Don't overspend for Juwan.
Amount to Spend: 5-10 percent

Stedman Bailey / Kenny Britt, Rams
Brian Quick is likely to miss the rest of the season due to a shoulder injury which opens up things for Bailey and Britt. Bailey has the best hands on the team but that has only translated to 21 receptions in 21 career games. Still, he was the star of camp and the team was very high on him before he was suspended early in the year. Britt hasn't stepped forward this season as some hoped he would. He hasn't seen more than seven targets in a game, and has caught a total of 10 passes the past four games. Oh yeah, he's only scored one. Just doesn't seem to have the burst he once did. Do yourself a favor, don't waste your time on Tavon Austin.
Amount to Spend on Bailey: 20-25 percent
Amount to Spend on Britt: 10-15 percent

John Brown, Cardinals
Scored a 75 yarder to win many a matchup for those that started him. The issue though is usage. Yes he has four scores, but Brown has had more than four receptions just once. Not just that, but the 75 yard TD in Week 8 is more yards than he has posted in any other game this season. He hadn't even hit 55 yards previously. Doesn't get enough looks (6.1 a week) as the WR3 for the Cardinals.
Amount to Spend: 15-20 percent

Martavis Bryant / Markus Wheaton, Steelers
Bryant stands 6'4", weighs 211 lbs, runs like the wind and is a red zone target. Wheaton stands 5'11", weighs 182 lbs, runs like the wind but is no red zone target. Wheaton has also struggled to find any kind of rhythm with Ben Roethlisberger this season as he's primarily functioned as a poor second option out wide for the Steelers. Wheaton caught five balls for 56 yards an a score in Week 8, though with Big Ben throwing for 500+ yards everyone did something. Certainly looks like Bryant has bypassed Wheaton with three scores the past two weeks and he's got the size and ability to be a difference maker. Bryant it the youngster to target here.
Amount to Spend on Bryant: 25-30 percent
Amount to Spend on Wheaton: 15-20 percent

Andre Holmes, Raiders
Hard to think he is on waivers, not with four scores in four weeks, but after going 3-34 in Week 7 perhaps he's been dropped in some leagues. Worth a pick up as the Raiders often fall behind early leading to lost of garbage time production later in games.
Amount to Spend: 25-30 percent

Brandon LaFell, Patriots
I'm no fan, you all know that by now, but I'm also not going to stupidly just ignore a producing player, even if I don't believe it can continue. LaFell has four scores in five games. He's also gone for at least 95 yards in three of those contests. The issue is that in the other two games he combined for five receptions and 75 yards. He's likely to remain a hit or miss option but he did lead all Patriots wideouts with 61 snaps out of 74 plays in Week 8.
Amount to Spend: 25-30 percent

Donte Moncrief, Colts
A young, elite talent, Moncrief exploded for a 7-113-1 line with Reggie Wayne on the sidelines. Wayne could be back for the Colts next game, and he will obviously run with T.Y. Hilton as the 1-2 duo out wide for the Colts. Still, they seem to throw the ball 40+ times every week, so there might be room for another weekly starter in fantasy. Hakeem Nicks is still around, but Moncrief is the future... and maybe the present as well.
Amount to Spend: 20-25 percent

Chase Ford, Vikings
Ford caught six balls for 61 yards in Week 8. He didn't catch a pass in Week 7 and had only had eight receptions in Weeks 4-6. He's not worth a look, not with Kyle Rudolph likely to return from his sports hernia issue after the Vikings bye in Week 10.
Amount to Spend: 1-3 percent

Richard Rodgers, Packers
Aaron Rodgers threw or more than 400-yards meaning that there were some scraps for Rodgers to get his hands on (four catches, 58 yards). Zero consistency has any tight end for the Packers offered this season and Week 8 was only the third time this season that Rodgers has even caught a pass in a game. Monitor, but don't add until he gives you a reason to.
Amount to Spend: 1-5 percent

Mychal Rivera, Raiders
Like the last guy on the tight end list, Rivera is a bit undersized (6'3", 245 lbs). He's also not particularly athletic. He did have a strong game in Week 8 (7-83), but he hadn't hit 35 yards in any previous game and still hasn't scored. The Raiders offense is just too hit or miss week-to-week to trust Rivera, at all.
Amount to Spend: 1-3 percent

Timothy Wright, Patriots
Much like LaFell, Wright continues to perform at a level that doesn't seem likely to continue (Wright caught seven balls for 61 yards and a score against the Bears). Yes Wright has scored in three of four games, but he's also been held to less than TWO receiving yards in four of his last seven games. Re-read that sentence before you go all in to add Wright this week.
Amount to Spend: 15-20 percent