Oracle Report: Did You Know? 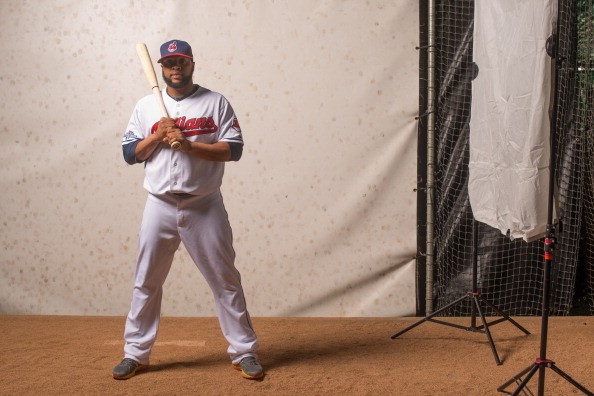 Fired up today is Ray Flowers. He will use his mind to rifle through the data, tickle the keys if you will, and make sweet music with this report. Did you know that Nelson Cruz and Yoenis Cespedes aren't nearly as good as you thought? How about the surging Josh Harrison and Denard Span – how good have they been? Why can't you ever trust Kyle Gibson? Is Johnny Cueto as good as Clayton Kershaw. All this and more in Ray's Oracle Report.

Yoenis Cespedes everyone loves. The smile. The bombs. The arm in the outfield. I get it. But why all the love in the fantasy game? Some key facts with Cespedes. (1) He has 18 homers. That's one less than Khris Davis. (2) He has 72 RBIs, the same total as Brandon Moss. (3) He has scored 68 runs which is three less than Denard Span. (4) He has three teals. That's the same total as Marlon Byrd. (5) He's batting .256 which is three points lower than Marcell Ozuna. (6) His OBP is .303 which is eight points lower than Alejandro De Aza. (7) His SLG is .464 which is lower than Melky Cabrera's .480. I'm sorry, but Cespedes just hasn't performed to the level that so many seem to think he has.

Nelson Cruz has 30 homers for the first time. He's also hit five homers in his last 34 games. He hit six, 13 and five homers the first three months of the season. You didn't really think he was going to hit 45+ homers did you? More damning is the fact that he's hit .212 over his last 62 games played. He's now batting .260 on the year which isn't that odd since he has hit .267 for his career. What, you thought he was gonna hit .300 this year?

Johnny Cueto has allowed two or fewer runs in nine outings this season in which he has thrown eight innings. Clayton Kershaw has done that only eight times.

Kyle Gibson has a 4.97 ERA the past month which is above his 4.13 ERA this season. Is there a more bi-polar hurler in baseball? Let me answer that question for you – no. He's an ace or an unmitigated disaster from start-to-start, just the way it is. Gibson has made 22 starts this season. Here is his earned runs allowed breakdown.

I literally cannot remember the last question I received about Conor Gillaspie. Sure he's limited with four homers, 41 RBIs and 43 runs scored. But why doesn't anyone ever mention his name? How many third basemen are batting .313 this season? Two. Conor and this guy named Adrian Beltre (.320). How many third sackers are hitting .300 with 60 RBIs? The answer is again two: Beltre (.320-62) and Casey McGehee (.300-60).

Josh Harrison has had a second half to remember. In his last 22 games he's hit .360 with five homers, seven steals, 10 RBIs and 19 runs scored. He also happens to qualify at 19 positions on the field which adds a wee bit too his fantasy value.

Jake Peavy is 0-5 the last month. Hardly a shock for a guy with a 1-12 record. That's right, Peavy has one win in 23 starts this season. He made 23 starts last year and won 12 games. Wins-loses are so unpredictable.

Carlos Santana has killed it over his last 85 games. In that time he's hit only .254 but check out the rest of his work which includes 19 homers, 53 RBIs, 42 runs scored a .382 OBP and .485 SLG. Those are elite, top shelf kinda numbers. Since a dreadful April he's been exactly as advertised.

Denard Span has hit .447 in the second half. He also leads baseball with 55 this since July 1st. The run of excellence has pushed his overall average up to .306 and he's scored 71 runs with 20 steals. Each of the five seasons in which he has appeared in 105 games he scored at least 71 runs while stealing 17 bases.

Giancarlo Stanton leads baseball with eight homers the past 30 days. He's also hit just .253 in that time as his K-rate is up at 32 percent. Four other men have hit seven homers in that time. One of them doesn't fit, at all: Lucas Duda, J.P. Arencibia, David Ortiz and Brett Gardner. That's right, speedster Brett Gardner has seven big flies. The run has pushed him to 15 homers. Add together his previous two best seasons and they equal 15 homers. He now has the same amount of homers as Hunter Pence and one more than Ryan Braun. I know, right? Speaking of Ortiz he leads baseball with 23 RBIs the past month. He's also hitting just .192 as his overall number has dipped to .245. He's still on pace for another 30-100 season (26 HRs, 84 RBIs) but his age is finally starting to show. The guy who is second in RBIs is Arencibia with 22. Brian McCann and Stephen Vogt have combined for 22 RBIs the past 30 days.

Wilin Rosario has hit .284 the past month, but no one seems to care. All they focus on is his lost homers as he's sitting at 10 after hitting 28 and 21 the past two seasons. Look, I get it, but the fact is that he's actually shown some improvement this season. He's currently walking at a better rate than his career average, and his 18.3 percent K-rate is actually better than it's ever been before. His real issue continues to be that he simply hits too many balls on the ground to be a consistent homer bat. His career ground ball rate of 45.2 percent isn't good at all. His current mark of 50.6 percent is just terrible.

Hin-Jin Ryu has been spectacular in the shadow of Mr. Kershaw. Over his last five trips to the bump the lefty has a 4-0 record, has nearly struck out a batter per inning (8.73 per nine) and has a walk rate of 1.09 per nine. Hard to pitch much better than that Mr. Ryu.

The last 30 days haven't been kind to these hurlers:

Ranking them the rest of the way it's clear they should be listed Arrieta, Niese and then Locke.

The first hurler is Tyson Ross, the second (Pitcher B) is Zack Greinke. Who knew?

Finally... the Age of the Strikeout

Check out some of the numbers currently being posted right now, and they are all within the top-35 seasons – ever:

Listen to Ray Flowers' show Monday through Friday from 7-10 PM EDT on SiriusXM Fantasy Sports Radio (Sirius 210, XM 87). You can also hear me hosting my own show Sunday nights in the same time slot, 7-10 PM EDT.