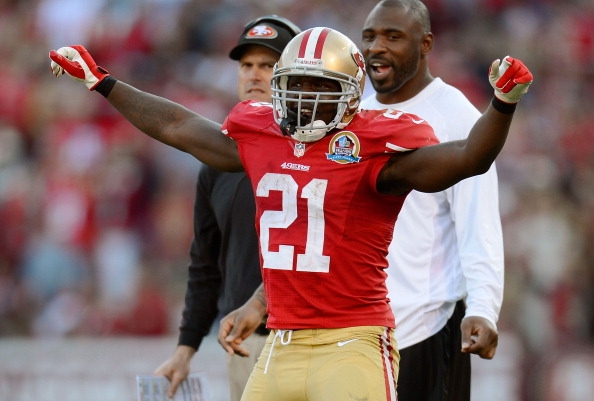 Jeff Mans said one day – we need an ADP article for FantasyAlarm.com. Being the classic overachiever that I am I eagerly said “I'll do it.” Before you worry about a “baseball guy” giving football advice know the following. (1) I've been writing about fantasy football for 14 years. (2) I have a daily radio show on SiriusXM Fantasy Sports Radio, and more than half the year our three hour a day show is all football (M-F, 7 PM EDT, Sunday 7 PM EDT). Don't worry, I won't lead you astray. What will we cover in this piece? A brief intro into what ADP is. Which sources can you trust? I'll give some thoughts. Then, I'll take a look at a handful of players at each of the main four positions that there seems to be some disagreement with in regards to the value of certain players. Sit back and enjoy. Where's my mai tai...

WHICH SOURCES TO TRUST FOR ADP?

Be careful you use a source that your trust for your ADP data. Some sources are more reliable than others. For the purpose of this 2014 fantasy football preseason series we will be using three sources.

The default scoring setup will also be PPR.

Which players, at the difference sites, have different ADP values? Let's explore given that these players are likely fellas you yourself might have some questions about.

Russell Wilson, Seahawks: 119.9 (FFC), 89.6 (MFL), 100.8 (NFFC)
All over the place is Wilson's ranking. Some points of note. (1) Wilson threw 407 passes last season. Peyton Manning, Drew Brees and Matt Ryan completed more passes. (2) Wilson threw for 3,357 yards. Alex Smith threw for 3,313. (3) Wilson is supposed to be a running quarterback, right? He ran for 539 yards which was the third best mark in football, so he did have lots of success there. At the same time he only ran for one score. Terrelle Pryor had two rushing scores last season. Wilson is already a borderline elite NFL quarterback. Is he an elite fantasy quarterback? No way. Through two years he's averaged 3,751 yards from scrimmage and 28 scores a season. Carson Palmer threw for 4,274 yards and 24 scores giving them similar fantasy scores. Wilson is a borderline QB1 as the Seahawks have no intention of changing the scheme that has made them a perennial powerhouse.

Eli Manning, Giants: 146.4 (FFC), 164.6 (MFL), 130.0 (NFFC)
The Giants were terrible last season, awful on offense, and everyone blamed Eli. He certainly deserved part of the blame, but at the same time his O-line was terrible, his receivers couldn't separate, and they couldn't catch balls that hit them in the hands. The club is going to a quick hitting offensive scheme. They've added a guy in the draft (Odell Beckham Jr.), expect Victor Cruz to be healthy, are looking for Rueben Randle to take the next step and have a talented jitterbug in Jerrel Jernigan if needed as well. The offense has nothing at tight end, but if Rashad Jennings and Andre Williams are healthy, the Giants should be able to keep defenses honest on the ground. A solid QB2 option.

Frank Gore, 49ers: 61.7 (FFC), 91.3 (MFL), 76.7 (NFFC)
The Niners are basically down to Carlos Hyde right now as a depth runner they can trust behind Gore. Yes Gore has nearly 2,200 carries. Yes he's seen his production slow in the second half of seasons of late. Yes he's 31 years old. Yes the Niners would like to cut back on his workload a bit to keep him fresh for the playoffs. Clearly some think he's a solid RB2 while others are not sold. What I do know is that each season of 14 games played since 2006 this guy has run for 1,000 yards, and he scored eight, eight and nine times on the ground the past three seasons. Is Gore an upside play? No. Should be be going off the board after guys like Chris Johnson, Trent Richardson, Ray Rice and Ben Tate?

Darren Sproles, Eagles: 70.3 (FFC), 117.5 (MFL), 85.1 (NFFC)
Huge gap here. Some folks view Sproles as an RB2 while others are clearly thinking more in the Flex range. First off, foolish to think he will be taking work from LeSean McCoy. That's not gonna happen. Don't believe all the hype about him splitting out wide either. That is only going to happen infrequently. Now, it's possible this fellas goes for 70 grabs. He's done it before, the Eagles run a ton of plays, DeSean Jackson is no longer in the house, Jordan Matthews is a rookie, Jeremy Maclin is coming back from knee surgery and Riley Cooper isn't an elite talent. Sproles will likely be a hit or miss option that could frustrate from week-to-week, and is death in non-PPR leagues.

Darren McFadden, Raiders: 100.7 (FFC), 134.3 (MFL), 113.5 (NFFC)
Justified trepidation here. DMC, one of my personal favorites, is one of the 10 most dynamic runners in pro football. He's also a walking band-aid who cannot stay healthy having played in a total of 70 percent of the Raiders games since he was drafted in 2008. He's a massive risk, hence the varied outlook for his services. Maurice-Jones Drew seems likely to handle the early down work, at least in the early going, with DMC being more of a third down back. He could excel in that role as it might allow him to stay on the field. Don't reach, but could surprise IF healthy.

Golden Tate, Lions: 77.0 (FFC), 98.1 (MFL), 80.3 (NFFC)
Matthew Stafford throws it a ton, at least 634 attempts the past three years. He's got the best wideout in football in Calvin Johnson to throw to. The Lions have a strong duo in the backfield that can run and catch in Reggie Bush and Joique Bell. They drafted Eric Ebron to give them an extremely talented athletic freak at tight end. Into that mix slides Golden Tate who will rarely if ever seen the other teams best cornerback, and Calvin Johnson will be double incessantly leaving Tate to do his thing in his first year in Detroit.

Danny Amendola, Patriots: 95.3 (FFC), 133.5 (MFL), 110.1(NFFC)
Amendola was supposed to catch 100 passes last season with the Patriots. Oops. That was Julian Edelman who did that. Aaron Dobson isn't healthy and Kenbrell Thompkins is still a total mystery for the Patriots. Brandon LaFell is a better blocker than pass catcher. A lot of Gondola’s value will be dependent on the health of two key players – Rob Gronkowski and himself. Amendola is more talented than Edelman, but Julian has Brady's trust. So Amendola is going to have to consistently be out there to  convince Tom Brady that he's worth throwing the ball to. Even if he proves that he can be trusted to catch the ball there's the little fact that Amendola has played 24 out of 48 games the past three years. Drafting him in the double-digits seems like a substantial reach.

C.J. Fiedorowicz, Texans: NA (FFC), 266.1 (MFL), 362.9 (NFFC)
Let me quote Jeff Mans in an instant message he sent to me about CJF (I'm not typing that name again, I will certainly jack it up). 'I can't believe how good looking I am.' Oh wait, I know that Jeff has said that before, but that's not what his IM said to me about the Texans tight end. Here is what he sent. “Perfect fit for the scheme..big, fast, good blocker, hands...Bill O'Brien uses a lot of first read TE and multiple read TE formations.” Can I say it more succinctly than that? Nope. Not saying he's someone you have to draft, but if you're looking at drafting two tight ends and want to grab a guy at the end of your draft, this might be your guy.