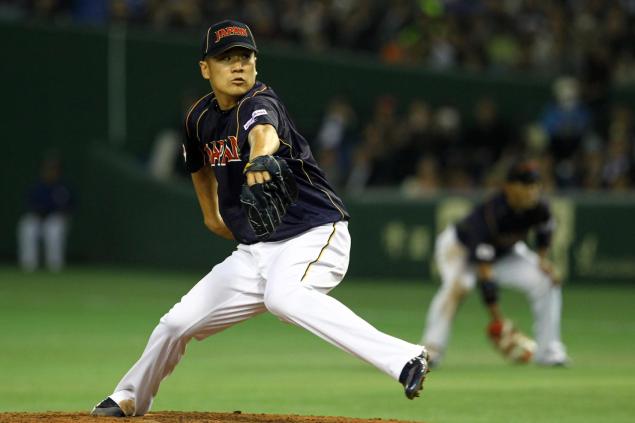 You would also be wise to bookmark the following three sources to check daily after you read this piece (I'm so afraid of giving myself props).

Daily Projections – For every single day of the season.

There were a ton of rain outs Tuesday. Here is what we know about the action Wednesday.

DISH DIAMONDS – The Best Hitting Matchups of the Day

Elvis Andrus has had a solid start to the season and that should continue against King Felix Wednesday. Andrus has 11 RBIs while batting .299 against Hernandez over 67 at-bats.

Matt Carpenter is batting .556 with a homer in nine at-bats versus Wily Peralta.

I'm using the seven at-bats between Jedd Gyorko and Jorge De La Rosa as a good sign for Gyorko since he's had six hits. Both are struggling so it's really anyone's guess.

Kelly Johnson and Ichiro Suzuki are hitting a combined .696 off Jason Hammel. Johnson is at .296 with two homers and Ichiro is at .400 over 20 at-bats.

Clay Buchholz hasn't looked very sharp this season to say the least. You have to think that even crazy Robin Ventura will look at the matchup between his club and CB and notice one number that stands out - .467. That's the batting average of Paul Konerko who has racked up seven hits, including a big fly, in 15 at-bats.

Zach McAllister hasn't been able to get Victor Martinez (5-for-9, five RBIs) or Austin Jackson (5-for-10) out in limited confrontations.

Hunter Pence has used his 52 at-bats against Paul Maholm very well as his slash line is impressive at .308/.45/.558. He has two bombs and nine RBIs.

Albert Pujols is heating up reminding us all that he can still be a force at the dish. His recent surge should continue Wednesday as he'll be at the dish against Tommy Milone, a guy who he's gotten seven hits off of in 14 at-bats (.500). Rather amazingly six of the seven hits have been doubles. Howie Kendrick also likes to see the lefty on the hill as he's produced a .450-2-7 line in 20 at-bats.

I don't know if you follow me on Twitter or not (@BaseballGuys) but if you missed what I go in the mail the other day check out this link. I may, just may, be a nerd.

Kyle Seager has a .935 OPS against Yu Darvish over 19 at-bats. Seager has driven in seven runs as well. Can he get his slow starting season going against the often dominating righty?

Ben Zobrist had two 2-run homers Sunday. He get's to face Miguel Gonzalez who hasn't impressed at all on the young season. I know that Zobrist has only two hits in 19 at-bats in the matchup, and that he's a better hitter against lefties than righties, but I'm playing a hunch.

Edwin Encarnacion is barely hitting his weight and his power has been M.I.A in the early going. Given that he's 1-for-12 against Mike Pelfrey in his career it sure seems like his April struggles could last one more day at least.

Jason Kipnis has had a moderate start to the 2014 campaign. He likely won't be changing that point of view Wednesday against Anibal Sanchez who has struck him out six times and held him to a .402 OPS in 17 at-bats.

Mike Napoli should hit John Danks being that he's a moderately effective lefty. Unfortunately that's just not the case. Danks pretty much owns Napoli holding him to a .509 OPS over 27 at-bats. The best/worst part about the matchup? Napoli has struck out in 13 of the 27 at-bats. He also dislocated his finger Tuesday night so he probably won't be playing Wednesday anyway. Still, I found the numbers so fascinating I had to list them.

When Martin Prado meets Dillon Gee the results aren't favorable for Prado. He has but four hits in 23 at-bats (.174) while not producing a single RBI.

Alex Rios might want to call in sick Wednesday. Do you think he knows how bad the numbers are against King Felix? Here they are: .219.265/.313 with 12 Ks over 32 at-bats. I'm betting he knows the numbers. The question is does he think he's do or does he think that it's gonna be more of the same lack of productivity?

Andrew Cashner has to face the Rockies but he sure looks like a fella who is locked in right now. In three starts he's allowed three runs while he's struck out 22 batters in 21 innings. His career numbers at Petco, they are pretty good too and include a 2.29 ERA and 1.00 WHIP over 122 innings.

Johnny Cueto loves facing him some Pirates. In 21 career starts he's 13-4 with a 2.37 ERA and 1.02 WHIP with 121 Ks in 133 innings. He's also allowed only three runs at home in two starts this season and has allowed a total of five runs over three starts – all of which have lasted seven innings.

The Cubs face Masahiro Tanaka and Michael Pineda, two strong looking righties. The Cubs have not hit well against righties this season batting just .238 with a .305 OBP and .367 SLG. Lock and load with the two Yankees' arms.

Cliff Lee. Recycled from yesterday's piece because of the rain out of the game between the Braves and Phillies. Chris Johnson hasn't done much to excite in the first two weeks of the season. He'll likely continue to slump Wednesday against Cliff Lee. Johnson has hit .261 with six strikeouts in 23 at-bats in the matchup. Unfortunately for Dan Uggla that looks like a Herculean effort considering that Uggla has hit .189 with 17 punchouts versus Lee in 37 at-bats. Sit B.J. Upton too. That's what you do when a guy has one homer and 14 Ks in 36 at-bats against a hurler. Heck, Freddie Freeman has blown chunks versus Freeman too – he's just 8-for-33 (.242 with 12 Ks). Jason Heyward? No different at 3-for-22.

Clay Buchholz has a 6.97 ERA this season. He faces a White Sox club that he has a 4.29 ERA against in six career starts. The Sox have an .821 OPS against righties this season and their home ballpark is always one in which the offense can explode.

Jorge De La Rosa pitches in San Diego. Current Padres have hit .259 off him with 40 Ks in 143 at-bats. Still can't start him. The guys hasn't last more than 4.1 innings in any of this three starts and is currently saddled with a 9.69 ERA.

Brandon McCarthy isn't even someone you can trust against the lowly Mets. Give him credit for going six or more innings in each start. Downgrade just a wee bit for allowing 17 runs in 19.2 innings. Even as a streaming option, or a cheap on in the DFS game, you're barking up the wrong tree if you go with Brandon – though I do give him credit for a having a hot/hilarious wife.

Julio Teheran has lasted at least six innings in each start while allowing exactly two earned runs in each outing leading to a 2.84 ERA. Still, he has a 1.37 WHIP this year with a mere nine Ks in 19 innings. The Phillies power is from the left side, and for his career Teheran has a .290 BAA and .749 OPS against lefties in what doesn't look like a great matchup.

Travis Wood faces a Yankees squad that has hit a mere four homers in 139 at-bats against lefties this season. However, the Yankees have also batted .289 at home with an impressive .842 OPS in their home ballpark.

Make sure you tune in to the Fantasy Alarm's Daily Game Show at 6 PM EDT, Monday through Friday on SiriusXM Fantasy Sports Radio (Sirius210, XM87) as Jeff Mans and Ted Schuster will help you to set your daily lineups.