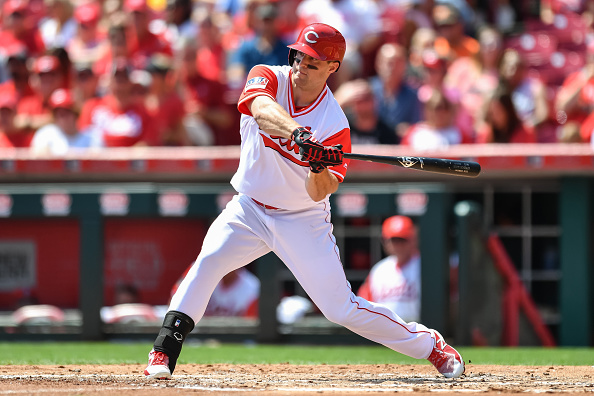 Analysis: Once again, not much to report on the Interleague front as the season finally comes to a close. There are only two matchups during Week 25, with the Chicago White Sox on the road at the Philadelphia Phillies, and the Arizona Diamondbacks traveling to face the Baltimore Orioles. Justin Morneau will sit for the White Sox, and owners can expect either Peter O’Brien or Rickie Weeks to see additional at bats for the Diamondbacks.

Analysis: Due to a very light slate of games on Monday, the total list of two-start pitchers is relatively small for Week 24. That being said, there are still some elite options to choose from in terms of talent. Syndergaard, Kershaw and Fernandez are all no-brainer options, especially considering that each has a very easy matchup (and in Syndergaard’s case, two).

Johnny Cueto still boasts an ERA under 3.00, and he faces the Los Angeles Dodgers and San Diego Padres in Week 24. Owners grew increasingly concerned with Cueto entering September, as his ERA had increased each month since May (2.03, 2.67 in June, 3.38 in July, 4.38 in August). While his numbers haven’t been nearly as good since the All-Star break ended, he is still striking out nearly a batter per inning, and his WHIP is barely over 1.00 over his last 30 starts. I’m confident that Cueto will end the season on a high note.

Rich Hill has finally gotten over the blister issue which plagued him for the past two months, and has continued to be lights out for the Dodgers. Sure, he’s only made six starts since the end of May, but that isn’t entirely unsurprising, given Hill’s track record. So just how good has Hill been? He hasn’t allowed an earned run since July 7th, and he has 17 strikeouts over his last 13 innings pitched. While Hill has to face Colorado Rockies in his second start, he has almost approached SP1 territory at this point and is matchup-proof.

Analysis: Similar to the two-start options listed above, there is a very clear first tier of one-start options, which should be evident in the table below. Some of the players who appear afterwards that managers should take note of are:

Daniel Norris – In his last outing Norris recorded a career-high 11 strikeouts against the hapless Minnesota Twins. Sure, he’s allowed two or three runs in each of his past five starts, but his strikeout totals have been steadily rising, while he has mitigated his Achilles heel – free passes. Norris faces the Twins yet again – owners should expect a similar level of success.

CC Sabathia – The ageless wonder has yo-yo’ed back and forth in his last five starts in terms of efficiency, but he has continued to pitch past the sixth inning in the majority of his games, and at this point the New York Yankees are content at letting his 36 year old arm fall-off to preserve their bullpen for a playoff run. Over his past six starts Sabathia has struck out seven or more batters four times, and has allowed three earned runs or less in five of them.