Drew Phelps explores every Fairway, reads every Green and uses his DFS Golf experience to put together a winning DFS Playbook for the Puerto Rico Open. 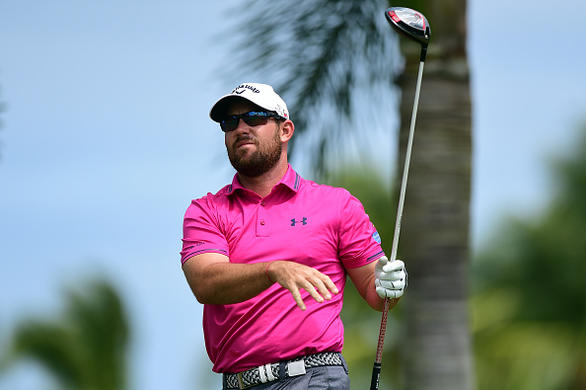 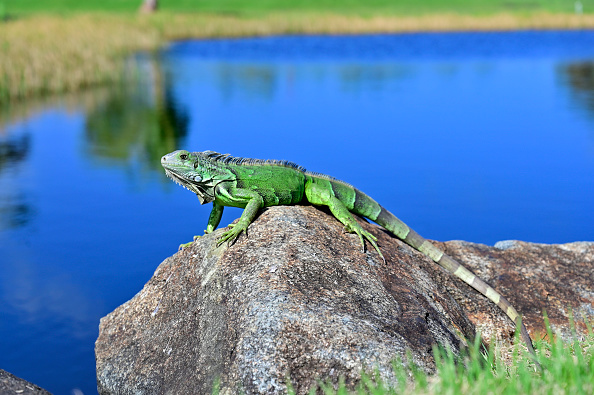 How much do you like watching second tier golfers?  Well, that’s what you get with the Puerto Rico Open!  The best golfers in the world are competing at the World Golf Championships in Mexico. DraftKings is the only site offering games for the Puerto Rico Open but that won't stop me from putting out quality information. We've got the likes of Viktor Hovland, Alex Noren, and Maverick McNealy as the highest priced options on the board this weekend. I mean Hovland is a terrific young player and you all know my love affair with Alex Noren but come on, a guy named Maverick is at $10,600? A typical PGA tour event with a full field, Mav would be in the mid to low 7K range. There is a reason that these players are in this event, so know that as you look through my playbook and see that there is not much to go on when giving a recommendation on a player. While it must be nice to take a trip down to Puerto Rico, they'd all rather be playing in WGC with the big prize money and the great field. Things will go back to normal next week.

Lets take a look at the Coco Beach Golf & Country Club which measures out to 7,506 yards and is a par 72.  The winning scores have ranged from 21 under par to 7 under par and a lot of that has to do with the winds.  You should definitely take a look at the weather before picking your players this weekend. This is course where fairways hit percentage is usually more important than driving distance.

The players who have had success in this event historically are not exactly household names.  Jerry Kelly, Boo Weekley, Scott Brown, Michael Bradley, George McNeil, John Merrick, Graham Delaet, Chesson Hadley, and Jonathan Byrd are not players that even the average golf fan knows.  If you take a closer look at this group of golfers, you'll notice something that stands out about them. They are all not very long off the tee but they are accurate. Most of these players are also good with the flat stick and can put themselves on the leaderboard with the putter.  You'll notice a lot of "course managers" in my playbook.

This is not a fun tournament to breakdown because of the talent level. These guys are typically mid tier options for a reason but you've gotta find guys who fit the narrative on this course. The tragic part is, we could pound through the numbers for this event but anyone of these guys could have a great four days and win this event, case and point, Martin Trainer. Do you know who he is? He won this event last year. There's just no dominant player that we can predict with certainty will have success this weekend in Puerto Rico.

My One and Done Play of the Week: Matthew NeSmith 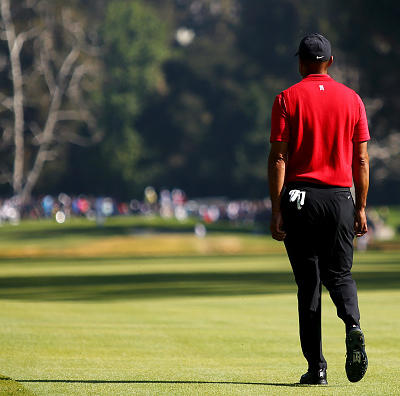 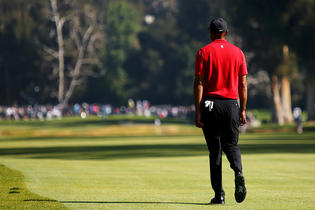 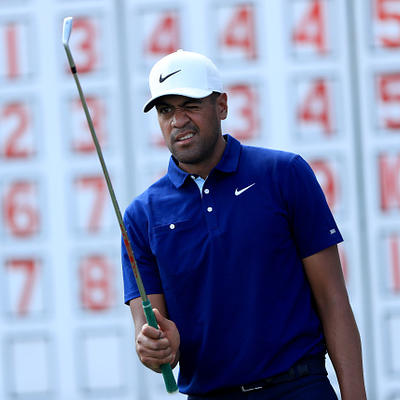 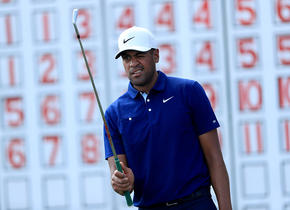 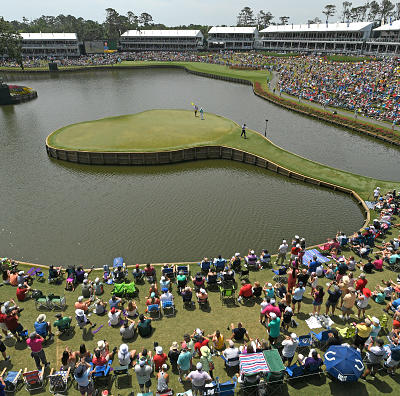 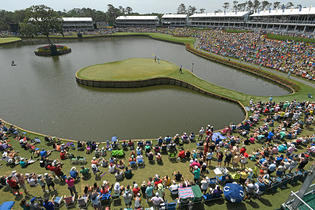 PGA R&A confirm that the 2020 Open is canceled

PGA Hill steals a win on the Outlaw Tour

C. Percy - G
World No. 321 Cameron Percy sits 112th in the FedExCup standings with the PGA TOUR season on hold due to the COVID-19 pandemic.
For a full breakdown and detailed player analysis GO PRO and join the Fantasy Alarm Family! CLICK HERE to unlock your PRO package and take advantage of instant savings!
Added 2:59 pm (EST)

L. Griffin - G
The Astros Golf Foundation announced that the 2020 Houston Open will be played on the week of November 2nd through 8th which makes it the lead-in event to the 2020 Masters Tournament.
Playing the warm-up role to Augusta National is nothing new for the Houston Open. However, this time the event will be debuting a new venue, Memorial Park Golf Course. It's a lot of moving part for an event that joined the fall schedule this year as the event before the Asian Swing. That schedule slot lowered its appeal for big names but a return to its pre-Masters slot should help entice some of those stars that are looking to prep for the Masters. They agreed when announcing this change, "We anticipate having one of the strongest fields that the Houston Open has ever seen, making the inaugural year at Memorial Park a truly memorable experience for fans." They made sure to clarify that it's all dependent on the CDC declaring things safe to play again. Lanto Griffin will play the role of defending champ.
Added 8:36 am (EST)
Added 8:36 am (EST)

R. McIlroy - G
A revised schedule due to the Covid-19 pandemic means the FedExCup Playoffs have been put back a week, the final round of the concluding TOUR Championship now moving to a Labor Day finish on Monday, September 7.
Augusta National Golf Club, European Tour, LPGA, PGA of America, PGA TOUR, The R&A and USGA have issued the following joint statement: "In recent weeks, the global golf community has come together to collectively put forward a calendar of events that will, we hope, serve to entertain and inspire golf fans around the world." That means a new schedule, reduced to just three majors with The Open Championship put back until 2021. The PGA Championship has been moved to August 3-9, followed by the Wyndham Championship from August 10-16. Then it's the FedExCup Playoffs: THE NORTHERN TRUST (August 17-23), BMW Championship (August 24-30) and the TOUR Championship (August 31- September 7). Rory McIlroy won last year's TOUR Championship in August but previously the event had occupied a September slot, with the Northern Irishman and current World No. 1 also taking the title in 2016. He won't get a chance to put his feet up this time though as the new September schedule also shows the U.S. Open at Winged Foot (14-20) and the Ryder Cup in Wisconsin (20-27). The Masters has been pencilled in for November 9-15.
Added Yesterday 11:58 am (EST)
Added Yesterday 11:58 am (EST)

G. Woodland - G
The USGA has announced that the U.S. Open, previously scheduled for June 15-21 at Winged Foot Golf Club in New York, has been officially rescheduled for September 14-20.
The news came in a joint statement issued in conjunction with Augusta National Golf Club, European Tour, LPGA, PGA of America, PGA TOUR and The R&A in response to the Covid-19 pandemic. It means the U.S. Open, won last June by Gary Woodland at Pebble Beach, will be the second major of the revised calendar having initially been scheduled to be the third. The plan now is for the PGA Championship to take place at Harding Park from August 3-9, with the U.S. Open a month later. Augusta National has identified November 9-15 as the intended dates to host the 2020 Masters while The Open has been canceled. The U.S. Open will still be played at Winged Foot and gets underway two weeks after the TOUR Championship (week off inbetween). Immediately after the U.S. Open in New York (September 14-20), the big names will head to Whistling Straits in Wisconsin to contest the Ryder Cup (September 22-27).
Added Yesterday 11:35 am (EST)
Added Yesterday 11:35 am (EST)

T. Woods - G
Augusta National Golf Club has announced that it is targeting November 9-15 as the new dates to host the 2020 Masters Tournament, which was previously scheduled for this week (and postponed on March 13).
The decision, which means that Tiger Woods' defense of the green jacket is delayed by at least seven months, was released in a statement from Fred Ridley, Chairman of ANGC, which read: “We remain very mindful of the extraordinary and unprecedented challenges presented by the Coronavirus around the world. In collaboration with the leading organizations in golf, ANCG has identified November 9-15 as the intended dates to host the 2020 Masters. We want to emphasize that our future plans are incumbent upon favorable counsel and direction from health officials. Provided that occurs and we can conduct the 2020 Masters, we intend to invite those professionals and amateurs who would have qualified for our original April date and welcome all existing ticket holders to enjoy the excitement of Masters week. We thank everyone for their understanding of this decision, and we look forward to the championship returning in full strength next spring.”
Added Yesterday 11:33 am (EST)
Added Yesterday 11:33 am (EST)

S. Lowry - G
The R&A has announced that it has canceled The Open in 2020 due to the current Covid-19 pandemic; the 149th Championship will still be played at Royal St George’s, but in July 2021.
The Open was due to be played July 12-19 but on guidance from the UK Government, the health authorities, public services and The R&A’s advisers it has been canceled for this season. The 150th Open will therefore be hosted by St Andrews in 2022 rather than next year. Chief Executive Martin Slumbers said: "Our absolute priority is to protect the health and safety of the fans, players, officials, volunteers and staff involved in The Open. We care deeply about this historic Championship and have made this decision with a heavy heart. I can assure everyone that we have explored every option for playing The Open this year but it is not going to be possible. There are many different considerations that go into organizing a major sporting event of this scale. We rely on the support of the emergency services, local authorities and a range of other organizations to stage the Championship and it would be unreasonable to place any additional demands on them when they have far more urgent priorities to deal with." Shane Lowry will therefore have his reign as champion extended by 12 months.
Added Yesterday 10:35 am (EST)
Added Yesterday 10:35 am (EST)

B. Koepka - G
The PGA Championship will remain at TPC Harding Park and be played on August 6th through 9th, according to a report from the San Francisco Chronicle.
The PGA TOUR is expected to announce a schedule update soon and this may be part of that announcement. The SF Chronicle expects that announcement to come on Monday. The original date for the PGA Championship was set for May 14th through 17th but a summer date won't be foreign to them, considering the event was played in mid-August for decades until last year's schedule change. Fans should monitor the news closely over the next few days as more announcements are likely just over the horizon. It is nice to get some news about a tournament getting added back to the schedule after having to hear about so many events getting postponed or canceled over the last month.
Added Apr 05 8:27 pm (EST)
Added Apr 05 8:27 pm (EST)