Drew Phelps explores every Fairway, reads every Green and uses his DFS Golf experience to put together a winning DFS Playbook for the Charles Schwab Challenge. 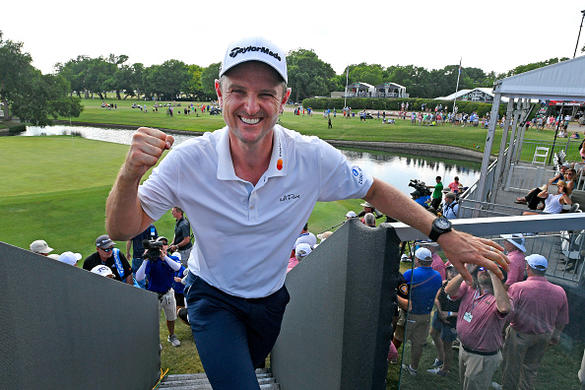 Let's get right down to business. Here’s what you need to know about what used to be known as the Colonial.  It is the longest running non-major event held at the same site, since 1946.  We’ve got a field of only 120 invitees which means in general you can take more risks in your lineups.  There are only 100 players who have a legitimate chance of winning this weekend and the Top 70 plus ties will make the cut.  If you remember close to 20 years ago, this is the tournament that invited the first woman to participate in a PGA Tour event, Annika Sorenstam.

Colonial Golf & Country Club is a short Par 70 measuring out 7,204 yards.  It is a real test with very tight fairways and small bentgrass greens.  The short hitters are in play on this course and you’ll notice that throughout my playbook.  We’re looking for accurate fairway drivers, good ball strikers with the ability to get the ball in tight to the pin (better known as proximity), and always a solid putting stroke.  Jordan Spieth is built for this course, and if there was a week I was going to use him, this would be it.

You really need to have a combination of course experience and success before reaching the top of the leaderboard at the Charles Schwab. Since Sergio Garcia won this event in his debut back in 2001, among the tournament’s champions, only Adam Scott in 2014 hadn’t recorded at least one top-15 finish in a prior edition and only Steve Stricker in 2009 also hadn’t logged at least one top 10.  If you take out Jordan Spieth’s win s few years ago, another common trend among the previous winners of this event is being seasoned. Seasoned is the nice way of calling these players older. The average age of the winners of this even over the last 20 years is over 35 years old. 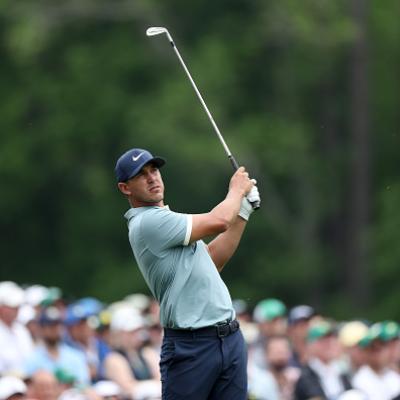 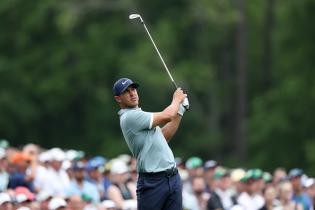 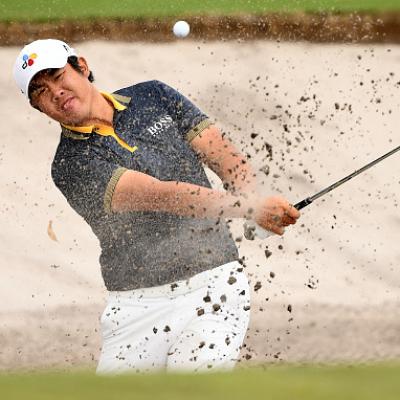 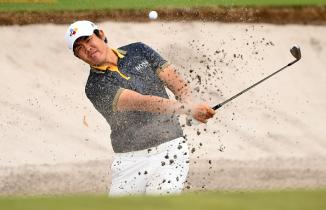 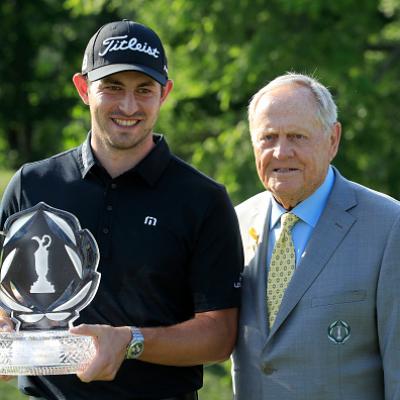 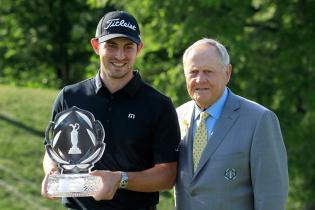 B. Wu - G
Playing on a sponsor's invite, Brandon Wu got the all-clear, health-wise, to play in this week's Workday Charity Open.
The youngster tested positive last week on the Korn Ferry Tour but has since tested negative four times. That suggests it was a false positive and it will allow him to peg it just one week later at the Workday. The Stanford product has played six career PGA TOUR events and has made it through the cutline in all but one of those starts. His best TOUR finish to date is a T17 at the Houston Open last fall. Starts are tough to come by for the young talent with no status but he's trying to keep a relaxed and realistic approach. "I think one goal to have is trying to hit that FedExCup point threshold to get me into Korn Ferry finals next year. I have about 72 or 73 right now. I think if I probably get to 100, I'll be good with that." Wu reached as high as No. 5 in the World Amateur Golf Ranking during his time at Stanford and gamers should give him a long look in weekly formats like DFS.
Added 4:06 pm (EST)
Added 4:06 pm (EST)

M. McNealy - G
Maverick McNealy ran hot with the putter last week and hopes to carry over that momentum as he preps for the Workday Charity Open.
McNealy is having a breakout campaign and it continued last week when he gained 6.5 strokes putting to post a T8 at the Rocket Mortgage Classic. That goes in the books as his best single-week putting performance on the PGA TOUR. While maybe not to that degree, catching a hot putter is nothing new for him this season. He has gained strokes putting in 10 of his last 13 measured events, gaining 3.8 or more in five of those starts. He ranks 14th on TOUR in SG Putting this year. The Stanford product has already racked up five top 20s on the season and is losing his sleeper status as a result. Gamers are starting to pay close attention in weekly leagues so we should expect to see his ownership numbers continue to rise in DFS contests.
Added 2:22 pm (EST)
Added 2:22 pm (EST)

J. Thomas - G
Justin Thomas arrives with boom-or-bust course results as he prepares for this week's Workday Charity Open at Muirfield Village Golf Club.
JT will start the week as a 10/1 favorite at most sportsbooks, despite missing the cut in his most recent start at the Travelers Championship. Two weeks later he is looking to solve the riddle of Muirfield Village GC. It's a course that he's seen six times in competition, missing the cut in three of those starts, all at the Memorial Tournament. It's not all doom and gloom for Thomas, though. He was T3 through 54 holes back at the 2017 Memorial before settling for a final-round 72 (finished T4). He backed that up with a T8 the following year. The Alabama product is well aware of his inconsistency at this venue, "There's obviously some things that I need to figure out about this golf course and things I need to do better. Because of that, I'm taking these practice days probably a little bit more seriously and trying to figure out why I haven't done as well those years." He may have a wide range of outcomes but gamers should not be surprised if he's hoisting the hardware on Sunday to secure his third win of the season.
Added 2:03 pm (EST)
Added 2:03 pm (EST)

B. An - G
Byeong Hun An has a good track record at Muirfield Village Golf Club and he returns to the Nicklaus design this week for the Workday Charity Open.
The 28-year-old dazzles fantasy gamers with his consistent ball-striking but his flat stick is usually a wildcard, to put it politely. In fact, he's lost strokes putting to the field in nine of his last 11 measured events, losing 6 or more strokes putting in four of those. Good news on that front might be just over the horizon, though. An has played four events at Muirfield Village Golf Club and walked away with positive strokes gained putting in all four of those trips. He took to social media to confirm his love, "These glass eyes like the greens at Muirfield Village." On the flip side, An has actually lost strokes on approach in two of his three starts since returning from the COVID break. His comfort on the course this week makes him an appealing fantasy target but there are still some holes he needs to patch up if he wants to play his way back into contention. The Florida resident has five top 10s this season which has already surpassed his previous best on the PGA TOUR (4 in 2018).
Added 1:52 pm (EST)
Added 1:52 pm (EST)

B. Hoag - G
Bo Hoag will make his second competitive appearance at Muirfield Village Golf Club, first as a PGA TOUR member, as he preps for this week's Workday Charity Open.
The local product has roots in the area and still calls Columbus home. His only previous start at Jack's Place came back in 2012 when he was still looking for status. "Yeah, I was just kind of a young kid out of college. It was a heck of an opportunity for me to play in one of the very best tournaments on the PGA TOUR pretty soon after graduating. You know, I don't think that my game personally, I wasn't ready to play, to compete at a high level on the PGA TOUR at that time, but it gave me a great chance to see where my game was." The Ohio State product returned from the COVID break with a T49 down on the Korn Ferry circuit (The King & Bear Classic) but has missed the cut in back-to-back PGA TOUR starts since then. Perhaps, a little home cooking and the ability to sleep in his own bed will kick him back into gear.
Added 1:44 pm (EST)
Added 1:44 pm (EST)

D. Willett - G
Danny Willett's T-4 finish at the Rocket Mortgage Classic is his best PGA Tour result since his triumph at the 2016 Masters.
Willett's resurgent form has included multiple recent wins on the European Tour, but Sunday's result at Detroit Golf Club was his best in the U.S. since slipping into the green jacket more than four years ago. His previous high-water mark on the PGA Tour came last year, when he finished T-6 at The Open at Royal Portrush. Willett shared fourth place at 16 under after getting progressively better in each round, highlighted by a 6-under 66 in the final round which included seven birdies. It's Willett's best tournament result overall since his win at the BMW PGA Championship in September.
Added Jul 06 11:18 am (EST)
Added Jul 06 11:18 am (EST)

K. Kisner - G
Kevin Kisner fired a final-round 66 in Detroit to finish alone in third place at the Rocket Mortgage Classic.
Kisner made one of the day's biggest moves, vaulting from 13th to within reach of Bryson DeChambeau coming down the stretch. While Kisner ultimately ran out of holes, his six-birdie effort netted him solo third place at 18 under and a sizeable payday. It's his first top-10 finish since a T-4 result at the Sony Open in January and marks his best result since his win at the WGC-Dell Technologies Match Play in March 2019.
Added Jul 06 11:13 am (EST)
Added Jul 06 11:13 am (EST)

M. Wolff - G
Matthew Wolff coughed up a three-shot lead during the final round of the Rocket Mortgage Classic, ultimately finishing behind Bryson DeChambeau.
It was a reversal of the leaderboard situation at last year's 3M Open, where Wolff edged DeChambeau with a 72nd-hole eagle. The 21-year-old held a three-shot lead heading into the final round but stumbled out of the gates, making bogey on four of his first nine holes. While he cut DeChambeau's lead to 1 with a birdie on No. 15, he couldn't get any closer. His 31 birdies or better led the field, and he's the first player since 2001 to make that many and not win a Tour event. The runner-up finish is his first top-10 result since his win in Minnesota nearly a year ago, and it's his first top-50 finish since January.
Added Jul 06 11:01 am (EST)
Added Jul 06 11:01 am (EST)